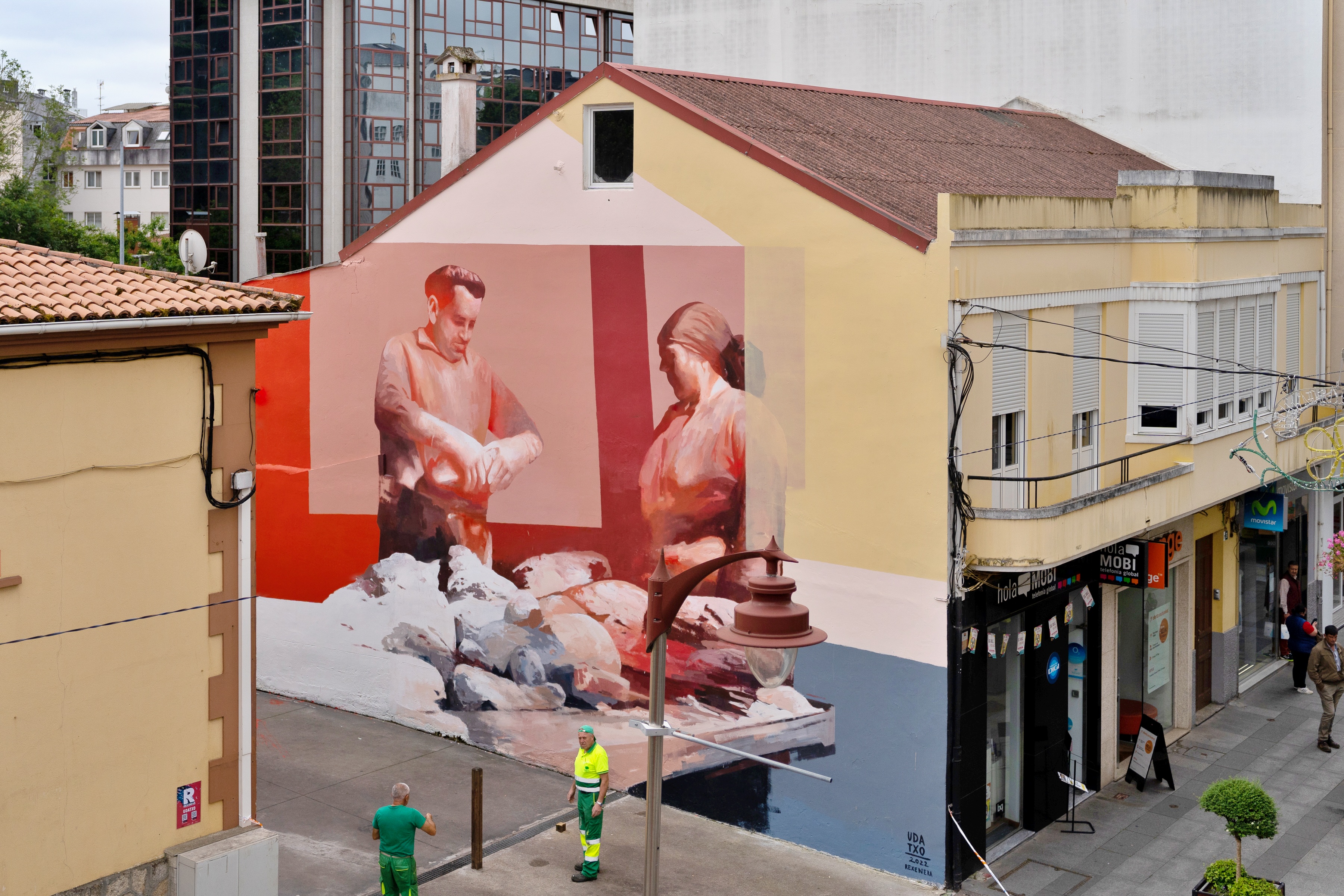 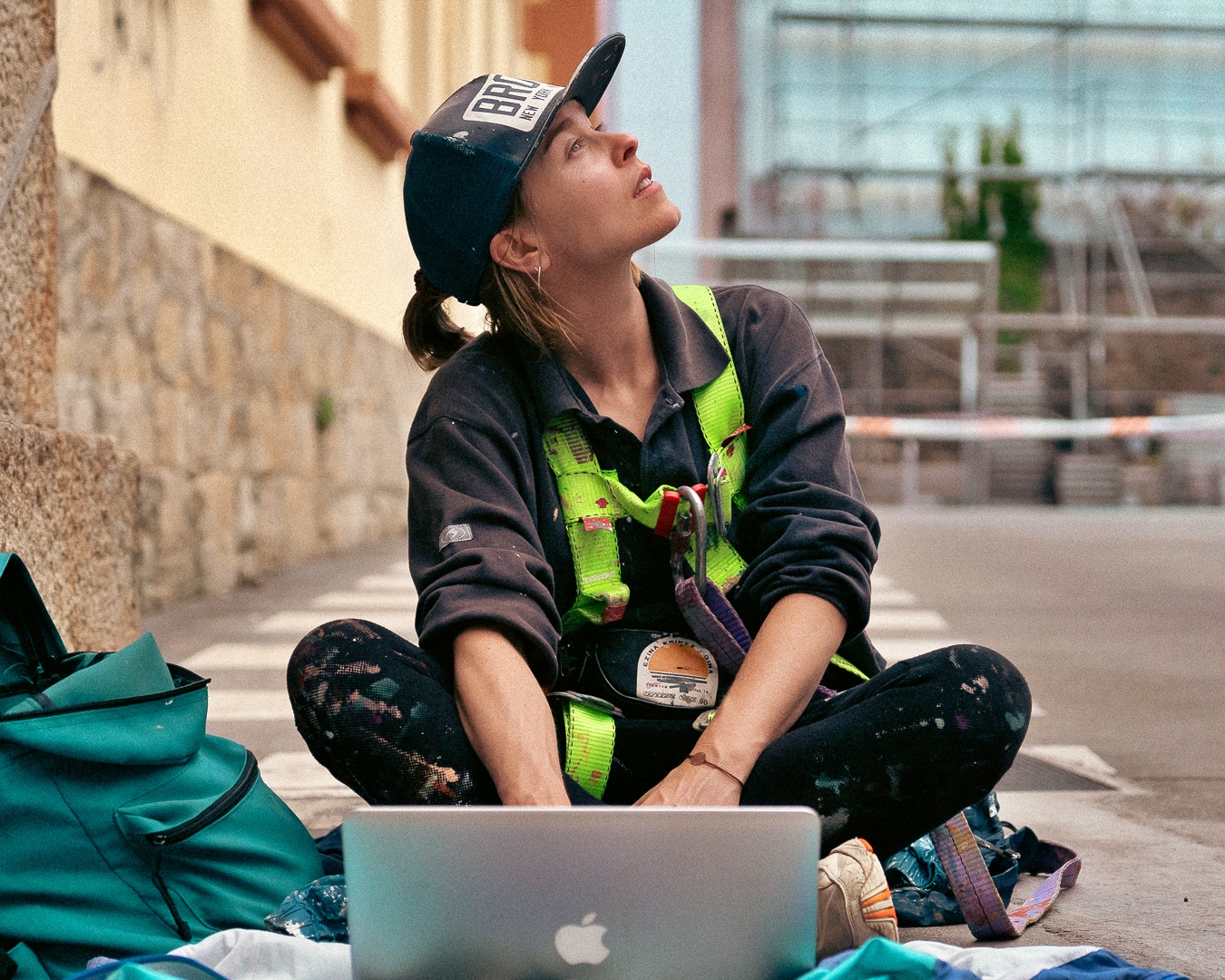 Udane Juaristi, also known as Udatxo, is a graduate in Fine Arts from Azkoitia (Gipuzkoa), whose greatest inspiration is the urban environment: from the streets to the characters that pass through them, or the elements that make it up, such as cars or street furniture. She herself usually takes photographs of the environment in which she is later inspired to carry out her works, or, as in the case of Carballo, she rescues old images of the villages she paints on. She also admits that she likes to add a touch of bright color, even phosphor, to her urban art works.

For Udane, moreover, the urban space is one of her supports, where she makes her murals; however, she also experiments with canvas, paper and other elements, as well as with techniques, from painting to collage, passing through different languages.