Street art and drama: hand in hand in Carballo

Street art and drama: hand in hand in Carballo

This year we join with the FIOT, Carballo International Autumn Theater Festival 31st edition to create a project that unites the most significant cultural event of the year in Carballo with the most important artistic project in town to create a joint activity. Thus, during the celebration of the festival a new mural that will become part of the collection of Derrubando Muros con Pintura is being created. It is very close to Pazo da Cultura auditorium, FIOT’s nerve center. The work honors Mofa e Befa drama company, that celebrates 30 years on stage and that was born almost at the same time as the FIOT, with only a year difference.

The artist in charge of carrying it out the task is an old acquaintance of Carballo, Yoseba MP. He already painted for Rexenera Fest 2017 the mural “Fina de Carballo: a muller nitromón”, one of the favorites of the people who visit us. This time, the mural is located in  Barcelona street, corner with Tarragona Street and portrays Víctor Mosqueira and Evaristo Calvo, members of the company. The mural is generating quite a bit of expectation, since usually, in the fall, scaffoldings and brushes are not usually in operation. In addition to the mural, the tribute to Mofa e Befa includes an exhibition and the premiere of a new theatrical proposal during the FIOT: on Friday 7 and Saturday 8 October. Víctor Mosqueira and Evaristo Calvo, protagonists of the mural, have not yet seen it carefully, although from the photos, the former has commented, joking, that he is not so “big-headed”.

Before the festival ends we will see the result, and the actors themselves will have the opportunity to see the mural in person. Cultural synergies for Carballo! 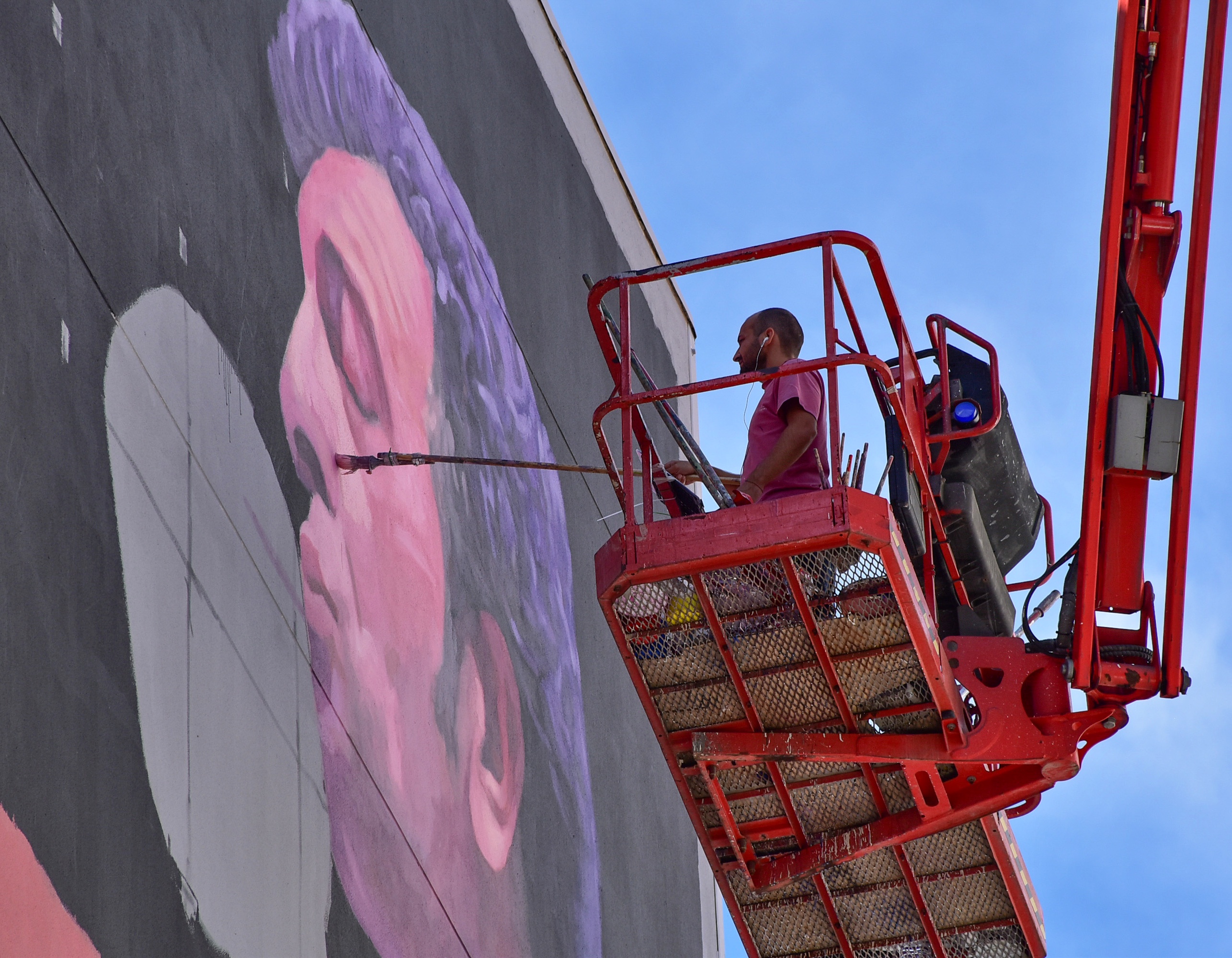