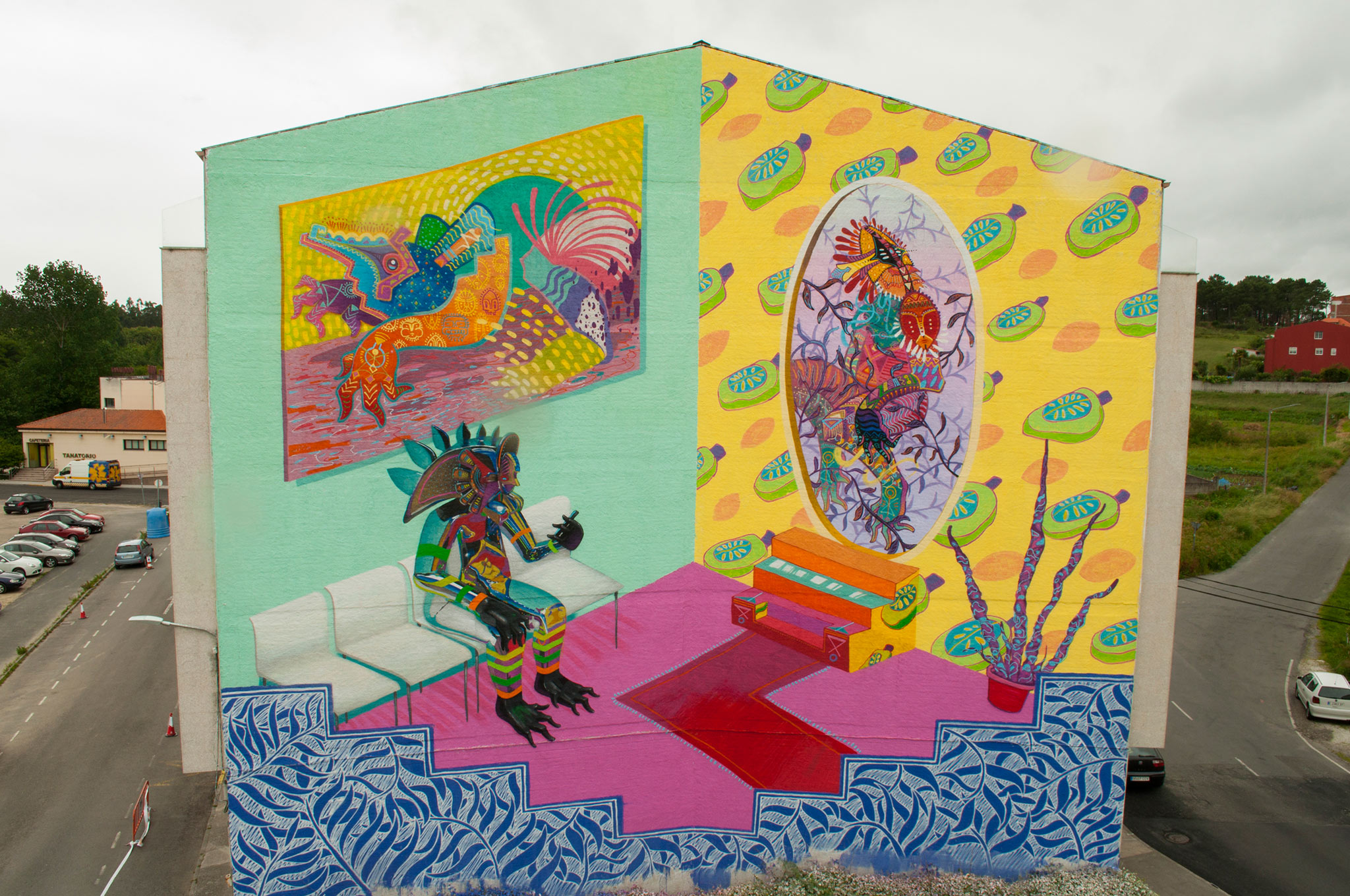 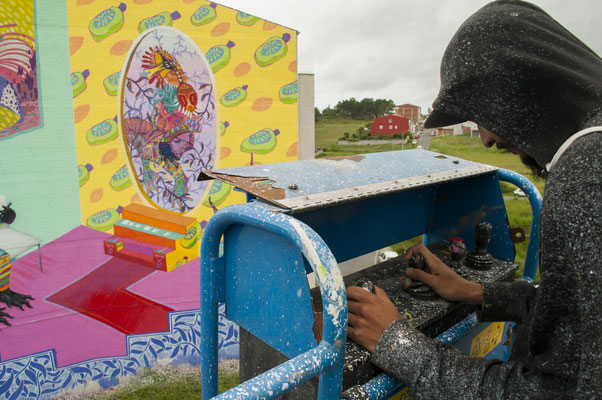 Curiot comes all the way from Michoacán; he is one of Mexico’s most relevant artists in the current urban art scene. Through colorful and elaborate detail, Curiot shows an imaginary full of ancient cultures that worshipped gods associated with natural phenomena and the divinity they represent. His characters take us to imaginary and bucolic worlds, where the conflict between nature and the human being is an ongoing issue.

Since the begining of his career, he has developed his work in several formats such as canvas, murals or the digital world. The creation of mystical beings and worlds have been central themes of his work, which has been in permanent transformation. His pieces are the result of a deep investigation of universes that are not perceptible to the naked eye but that accompany the artist. Recognition for his work has allowed him to paint large-format murals in various cities around the world in Europe, Asia, Latin America, Mexico and the United States.