Saturno was born in 1979 in the small coastal town of Malgrat de Mar (Barcelona); he spent his childhood surrounded by VHS tapes, game centres and cinemas: in fact, he used to see all the posters announcing the weekly premiere films close to his house, and it is at this stage that he discovers this fascination for the genres of fantasy, terror and science fiction. His contact with graffiti is completely self-taught and he began to paint when he was very young, in 1994. His unique and recognizable style stands out for its technique and colour mastery, influenced by graffiti and traditional and digital illustration. Nowadays, he is one of the main names within the European urban scene.

Saturno unleashed his creativity in the Forum mural, full of characters from a fantasy film of the late 80s or even the covers of the first video games of the time, inviting the spectator to travel to other worlds and let the imagination fly. It presents a dreamlike scene where technique and style are the main message, creating characters and scenarios with a masterful and impeccable aerosol technique, achieving a great definition in the finishing touches and an exquisite colour saturation. 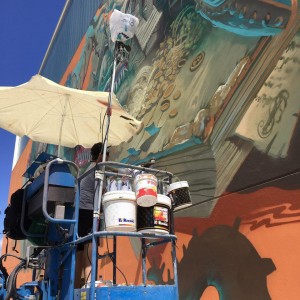 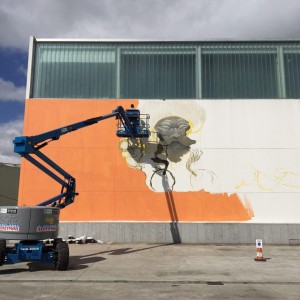 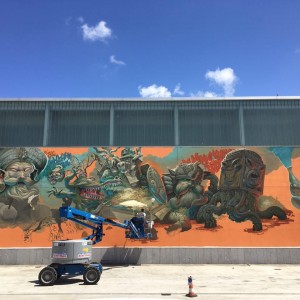 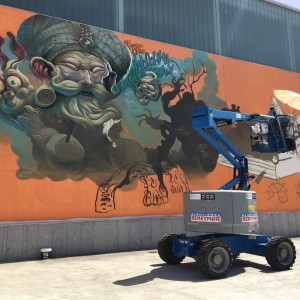 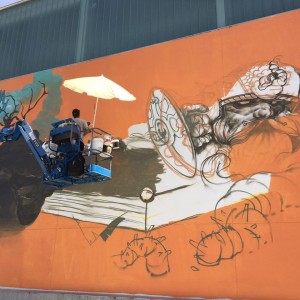 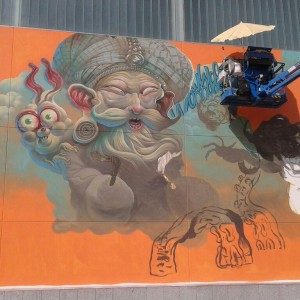