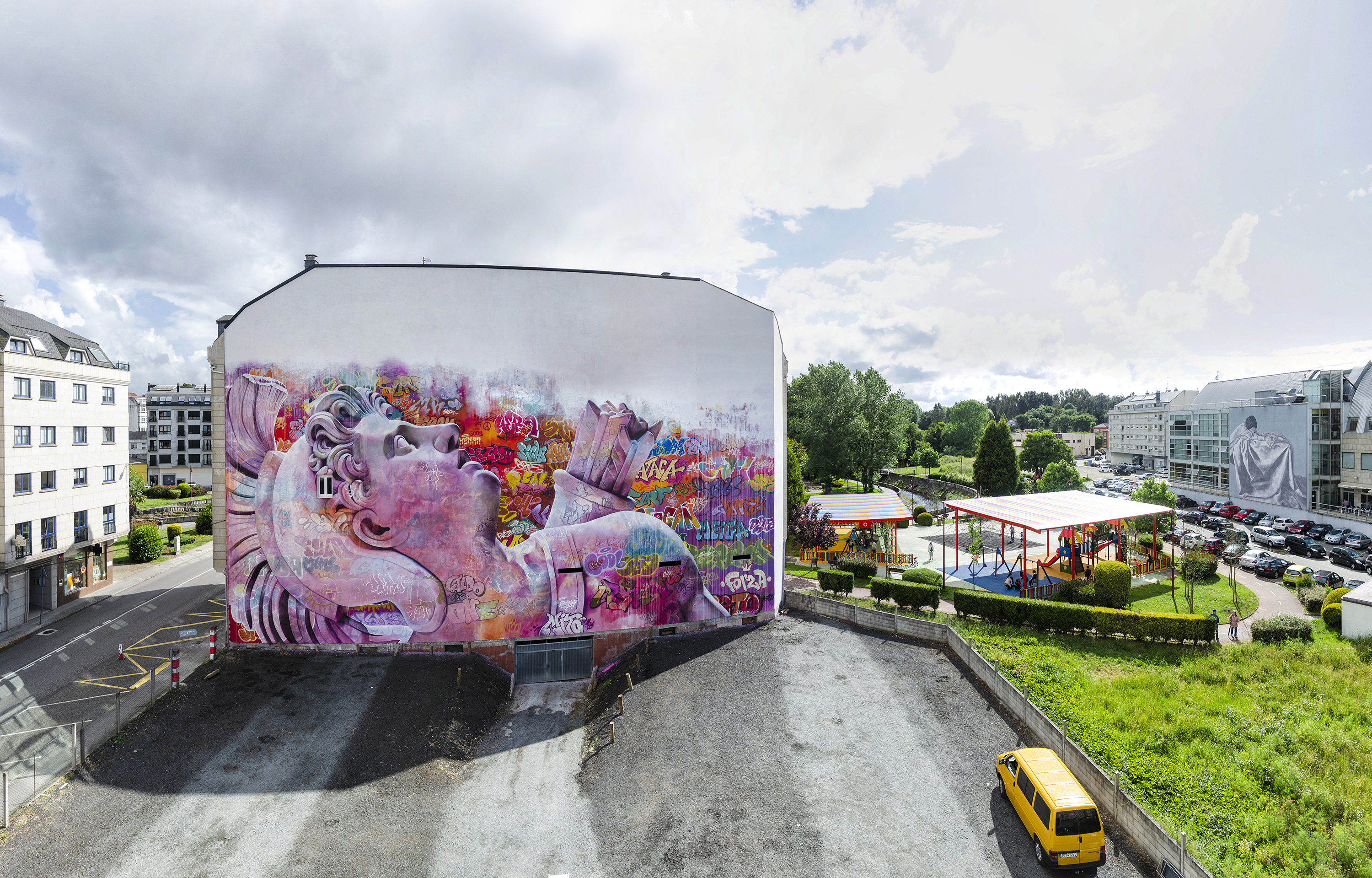 In this large format mural, PichiAvo  left us a colorful and impressive work, by far the largest of the walls painted in Carballo. In their characteristic style, this duo of Spanish artists mix the most modern and the most classic art, relating architecture, sculpture, space, and painting.

The background is full of graffiti of very striking colors, made with letters drawn with spray in various formats,. They seem jumbled, disorganized, one on top of the other, leaving the upper third of the wall free. In these graffiti you can find words or tags that refer to characteristic elements of our land such as … grelos (edible indigenous plant). Over this explosion of color and disorder, a great white detailed sculpture-like figure, typical of the Greco-Latin classical culture, is superimposed with different degrees of transparency. It represents a warrior who is looking at the sky with an expression of pain and disbelief, with the classical helmet and arrows typical of the Ancient Greece. A scene reminiscent of the Trojan hero Achilles, represented when he is mortally wounded by an arrow on his heel, an ever-victorious fighter who until that precise moment was considered to be immortal and invincible. 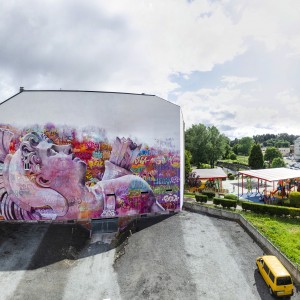 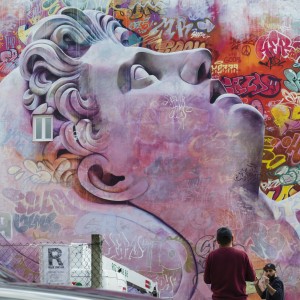 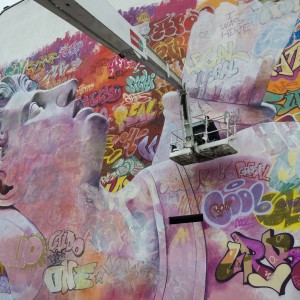 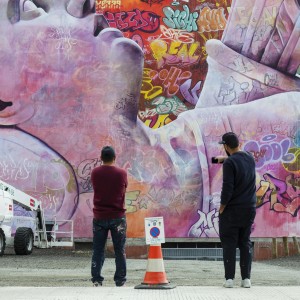 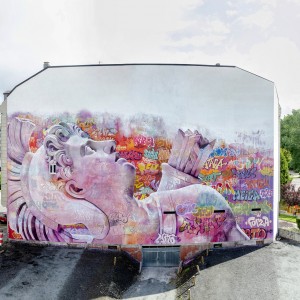 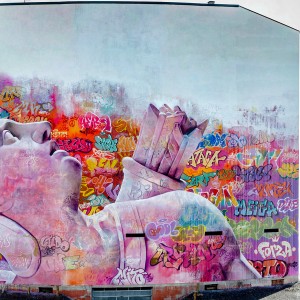