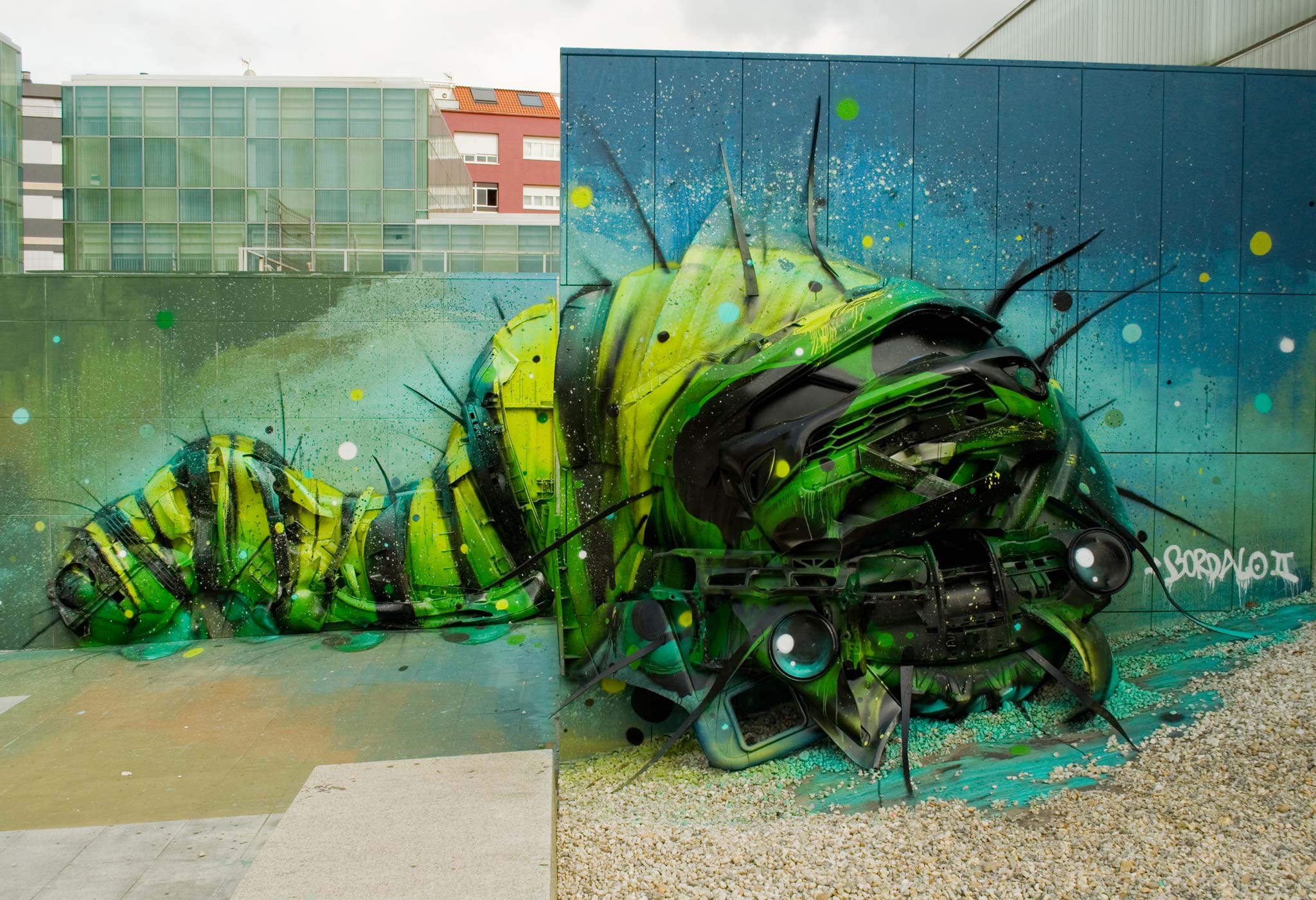 Rexenera 2015 – 1st edition
“One man’s waste is another man’s treasure”. With this premise as motto, the Portuguese artist Bordalo II excels in creating art when it comes to using waste materials. In Carballo, old pieces of a car served him to create this beautiful worm that has been part of this side of the Fórum building ever since.The piece is part of his series “Big trash animals” in which the Portuguese artist represents mother nature through his animals made out waste, built with everything that destroys it: waste. The work implicitly reflects the harmful vices of this consumerist society and invites us to reflect on the exponential growth drift that the planet is living.Trasherpillar integrates fully with the surrounding environment, as it shows an intentional play of green colours that fuses with the chromatic range of the building. It also skilfully plays with the intermediate space between the two walls to achieve a greater sensation of the 3D effect that this mural already has in high relief. This play of colours and volume turns it into a piece that is completely integrated with the environment in spite of its “alien” aspect, but also a critique of the consumerist society and the amount of waste constantly generated. 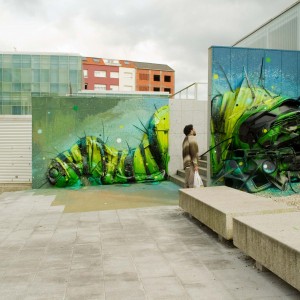 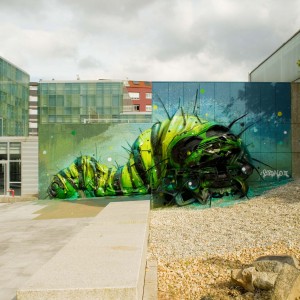 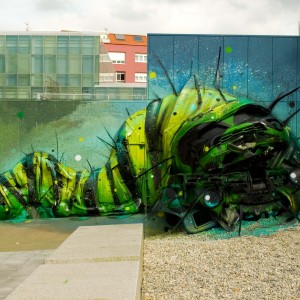 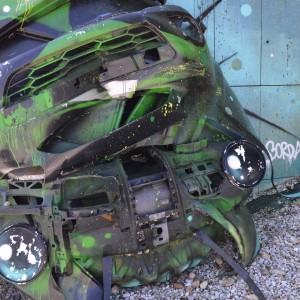 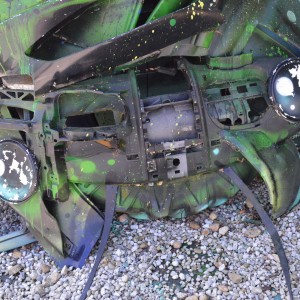 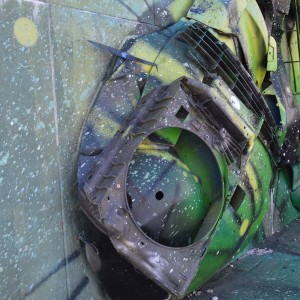 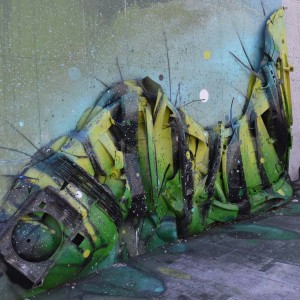 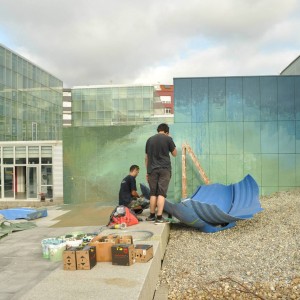 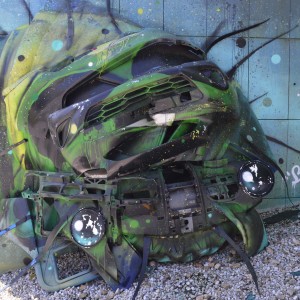 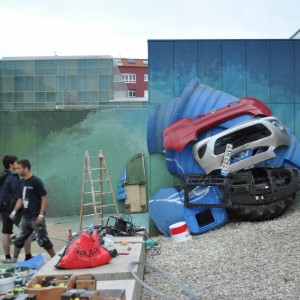