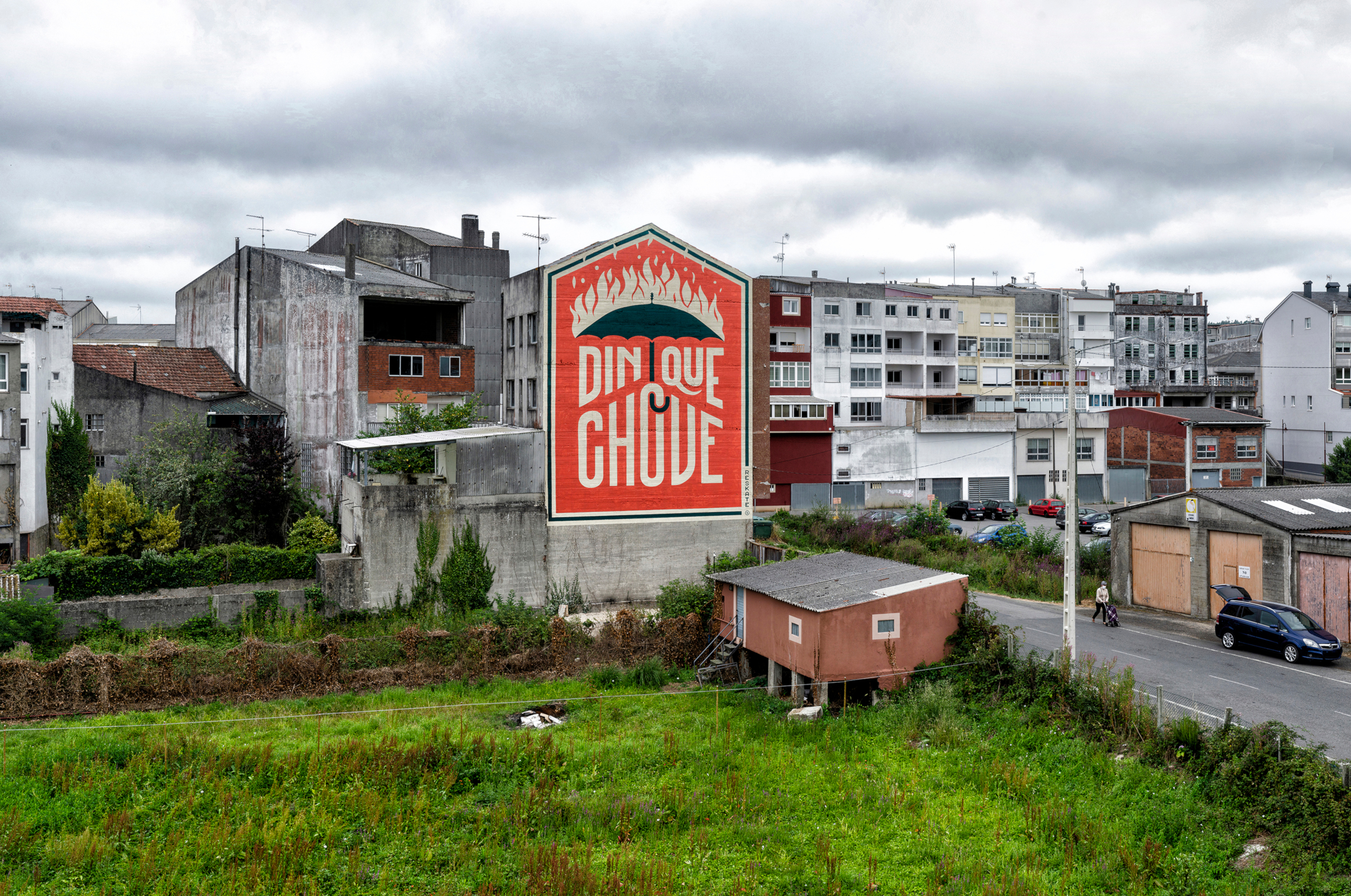 Reskate, creators of this piece, explain that “Din que chove” (“The say it’s raining”) is extracted from a cartoon by the Galician painter and politician Castelao “Mexan por nós e din que chove” (“They piss on us and they say it’s raining”). “With this intervention we want to focus on the problem of forest fires in Galicia, but above all on how the issue is reported. There are too many interests behind to believe that they are simple accidents due to stubble burning or actions by arsonists. We must dismantle the fire business.”

María and Javi leave us this piece so demanding and necessary. Through their skillful handling of the codes of graphic design and advertising, they effectively achieve their final objective: transmiting the message in a single and swift glance. As if it were an old poster, they make up a synthetic and symbolic image in which the burning umbrella accompanied by the phrase “din que chove” (“they say it’s raining”), functions as a perfect denunciation of the informative treatment and the profit that hides behind the fires that devastate Galicia year after year. The mural is located on 10, Santa Ana Street. 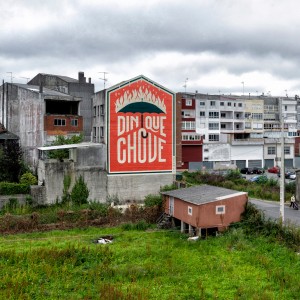 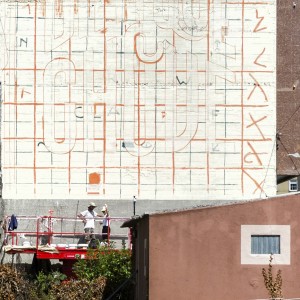 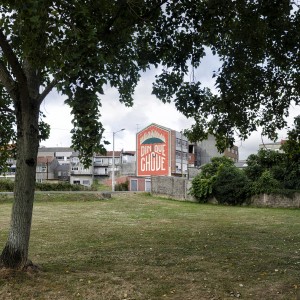 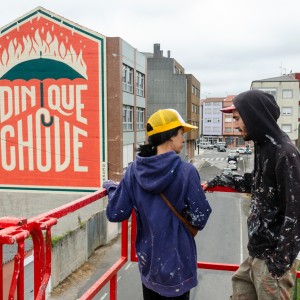 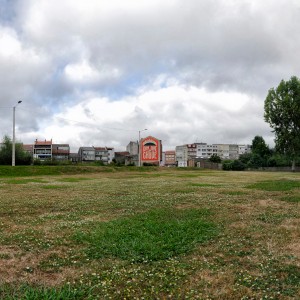 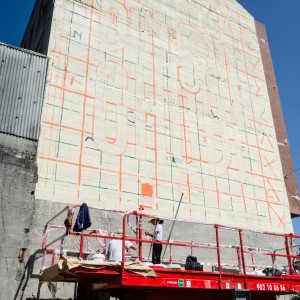 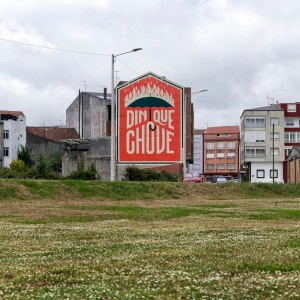 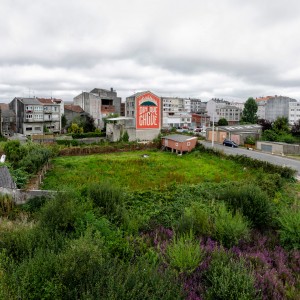