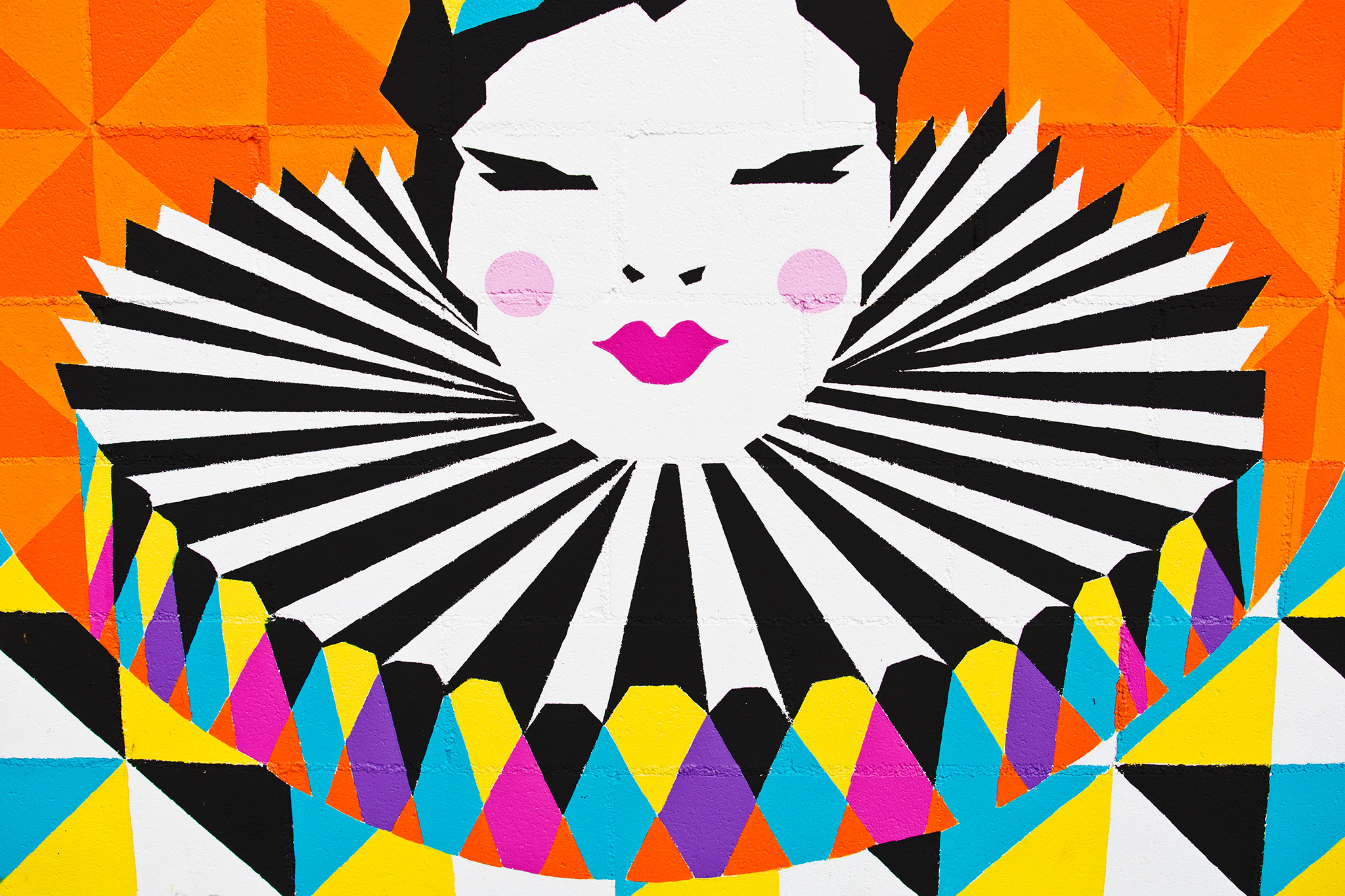 The main image of the mural painting is a composition of acrobats, black and white silhouettes hanging from geometrically-shaped coloured ribbons. These forms are close to op art, which creates optical effects playing with visual resources such as the background-figure, or the contrast between colors.At the top of the mural, in response to the building and its elements, such as windows, which were also a resource in the composition, emerges a larger scale figure accompanied by stars. The cap, the exaggerated eyelashes, the gesture, are reminders of the world of show business, which behind the masks, make-up and costumes, create a magical staging.At the bottom right, in the wall attached to the house, we find the representation of Pierrot. This character represents the wounded clown of love, Colombina’s boyfriend, with a white, melancholic face and adorned with a big ruff. The background plays with geometric shapes, creating the illusion of movement and volume.Formally, it is a composition that plays with flat but vibrant colors and simple geometric shapes, creating a light, ethereal composition, just like the movements of acrobats hanging in the air. 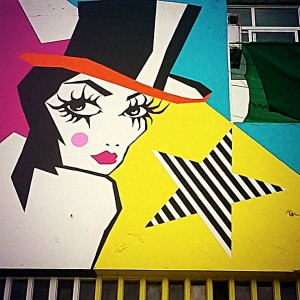 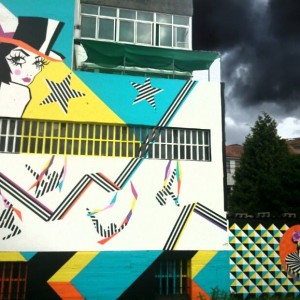 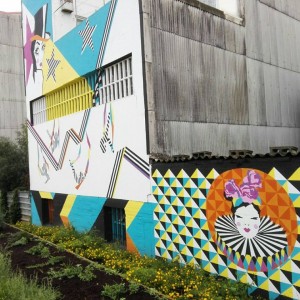 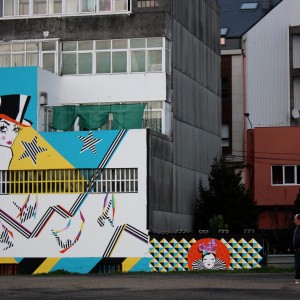 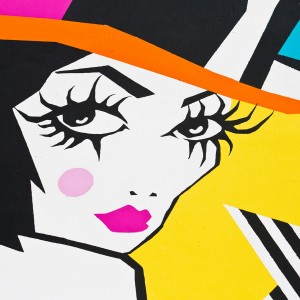 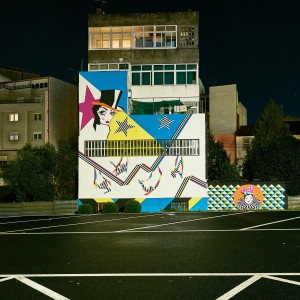