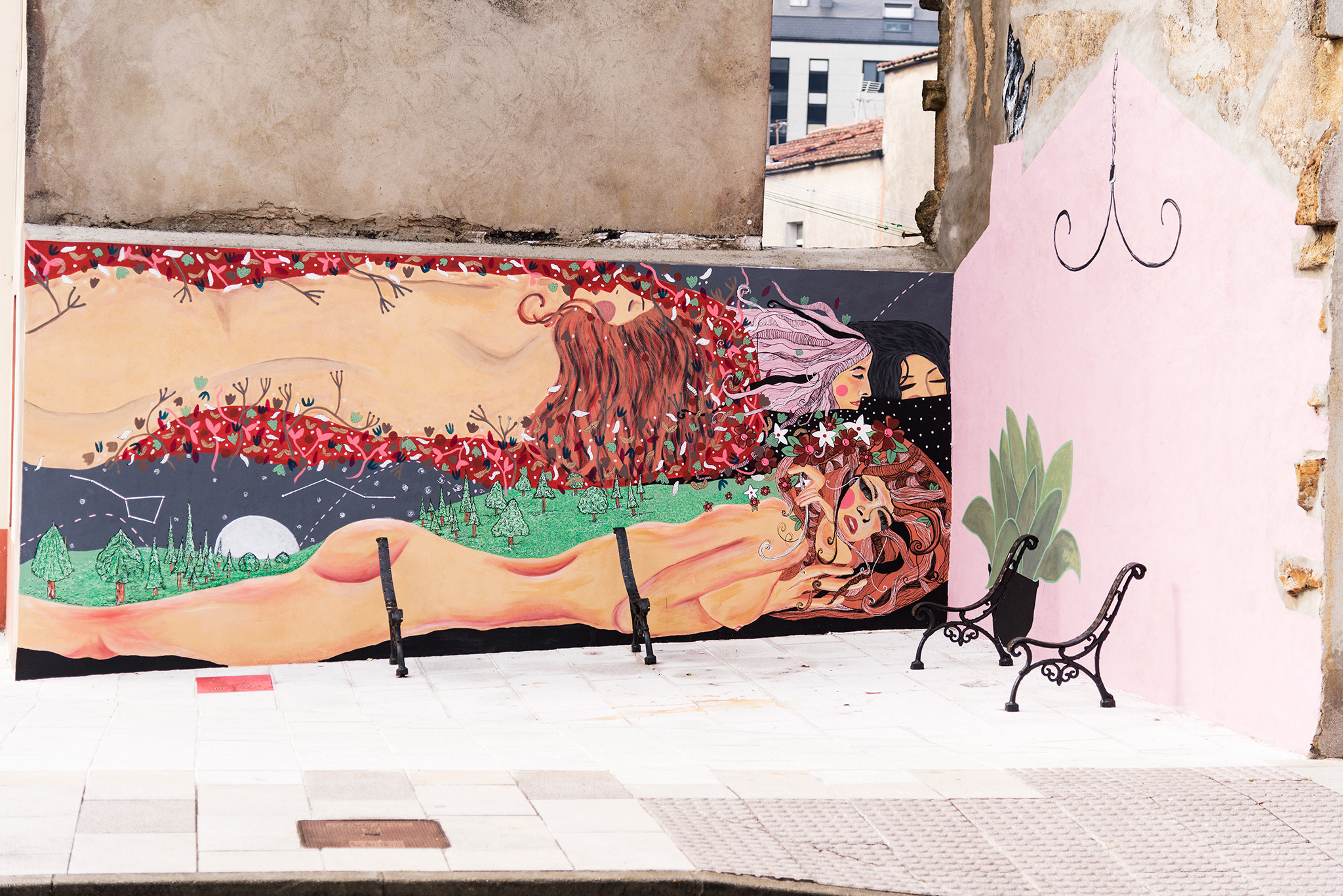 This mural is the local artists Alita and Laura Tova joint work; it is located in Molino Street where they have created an interpretation of the work of the Austrian Secession painter Gustav Klimt, Water Snakes II (1904-1907). Following Klimt’ s work, the composition is organised horizontally, on a surface where the naked bodies of modern sirens are stretched out. There are four female languid figures in a nocturnal landscape, unlike Klimt canvas where they are intertwined with algae in a mixture with the long hair. Thus, the version of this mural is the authors’ naturalistic vision who fill up the surface with organic elements, unlike the Austrian artist’s most symbolic style, associated with a sensual and erotic character, a constant in all his paintings.The upper figure on the left appears asleep with her back turned , while the two faces on its side seem to approach in an intimate rumour. The character in the foreground stands out, establishing contact with the outside world with her look, removing her hair from the face with her hand. This idea of connecting the work with the spectator is reinforced by the “living room” atmosphere created by the artists on the adjoining wall, which has a painted lamp, and on the floor, where they simulated a carpet, taking advantage of the urban furniture, a couple of benches. Thus, they wanted to take the work of art out into the street, inviting passers-by to admire and enjoy it. 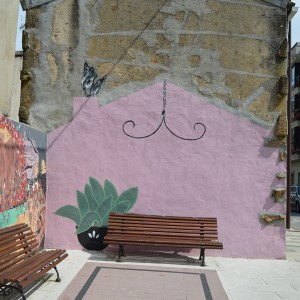 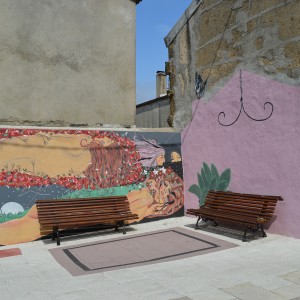 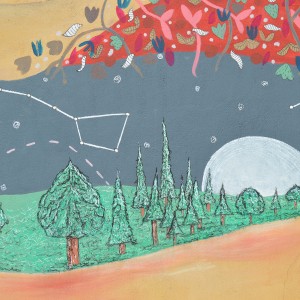 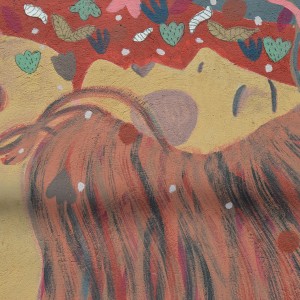 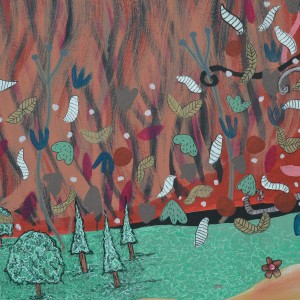 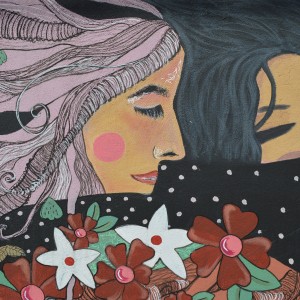 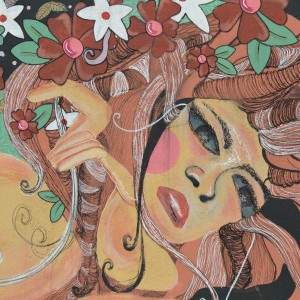 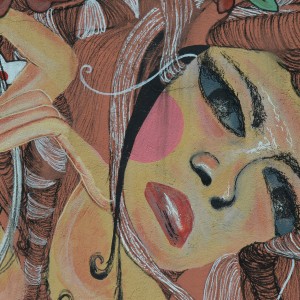 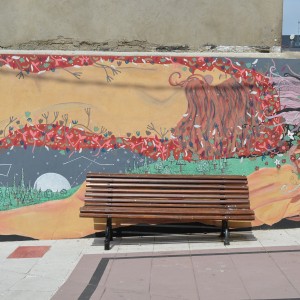 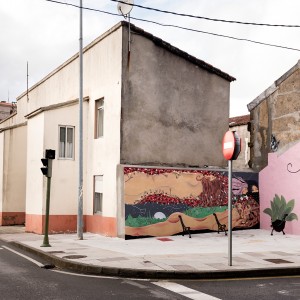 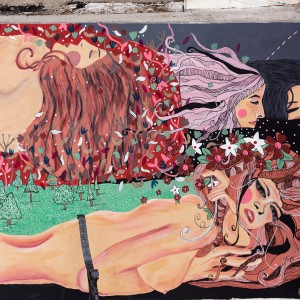