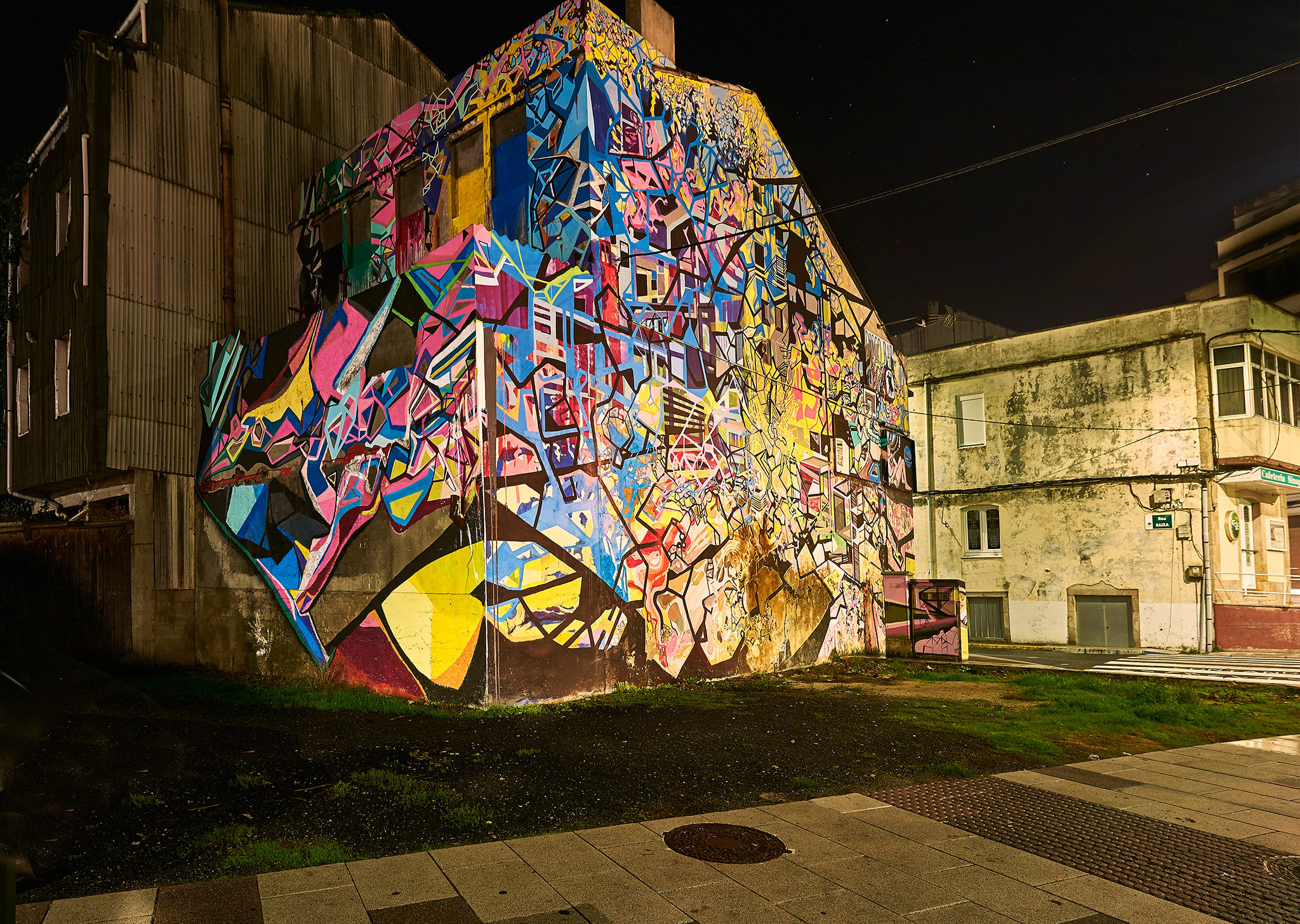 Before Paula Freire´s intervention,these walls, which can be found in Rúa Baixa, in the area known as Catro Portas de Carballo, one of the main Carballo-Coruña gateways, were in poor condition . Paula Fraile’s main objective when facing this wall was to brighten it; Paula did so by integrating and turning around the wall’s imperfections, the damage, the dampness, and other existing elements such as the advertising posters and the windows of the building. She took advantage of this dampness and painted over it, using lighter and darker colours accordingly. Starting from the dampness in the lower part of the wall, Paula began to generate a structural image that creates in the spectator the sensation of being in front of a representation of a city in perspective. Paula’s real intention was not to capture the image of a completely defined city; instead, what she achieves with the geometric shapes that appear throughout the mural and the multitude of vivid colours is a non-realistic scene with a psychedelic twist. To be able to figure out some of the urban forms, the spectator must stop and observe closely the wall.The artist from La Macha, Paula Fraile, together with Roberta Venanzi, were the initial project coordinators and the organisers of the large team of artists who joined the initiative “Derrubando muros con pintura”. Paula and Roberta were the first ever Derrubando muros mural, which is in Sol Street. 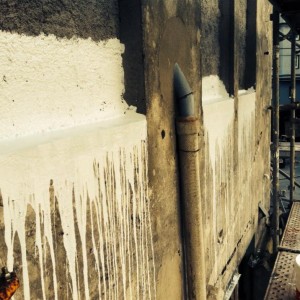 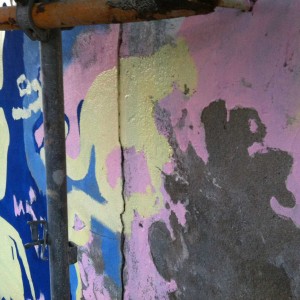 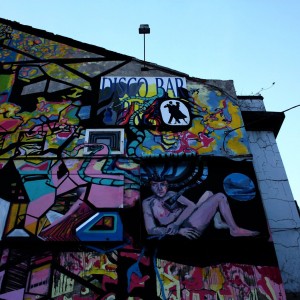 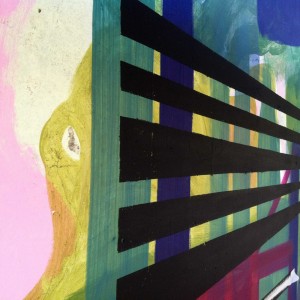 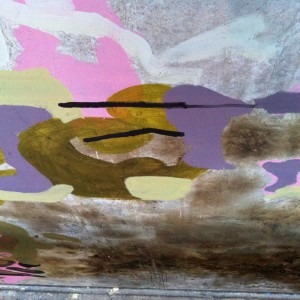 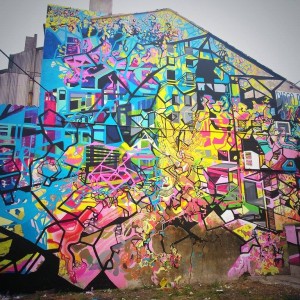