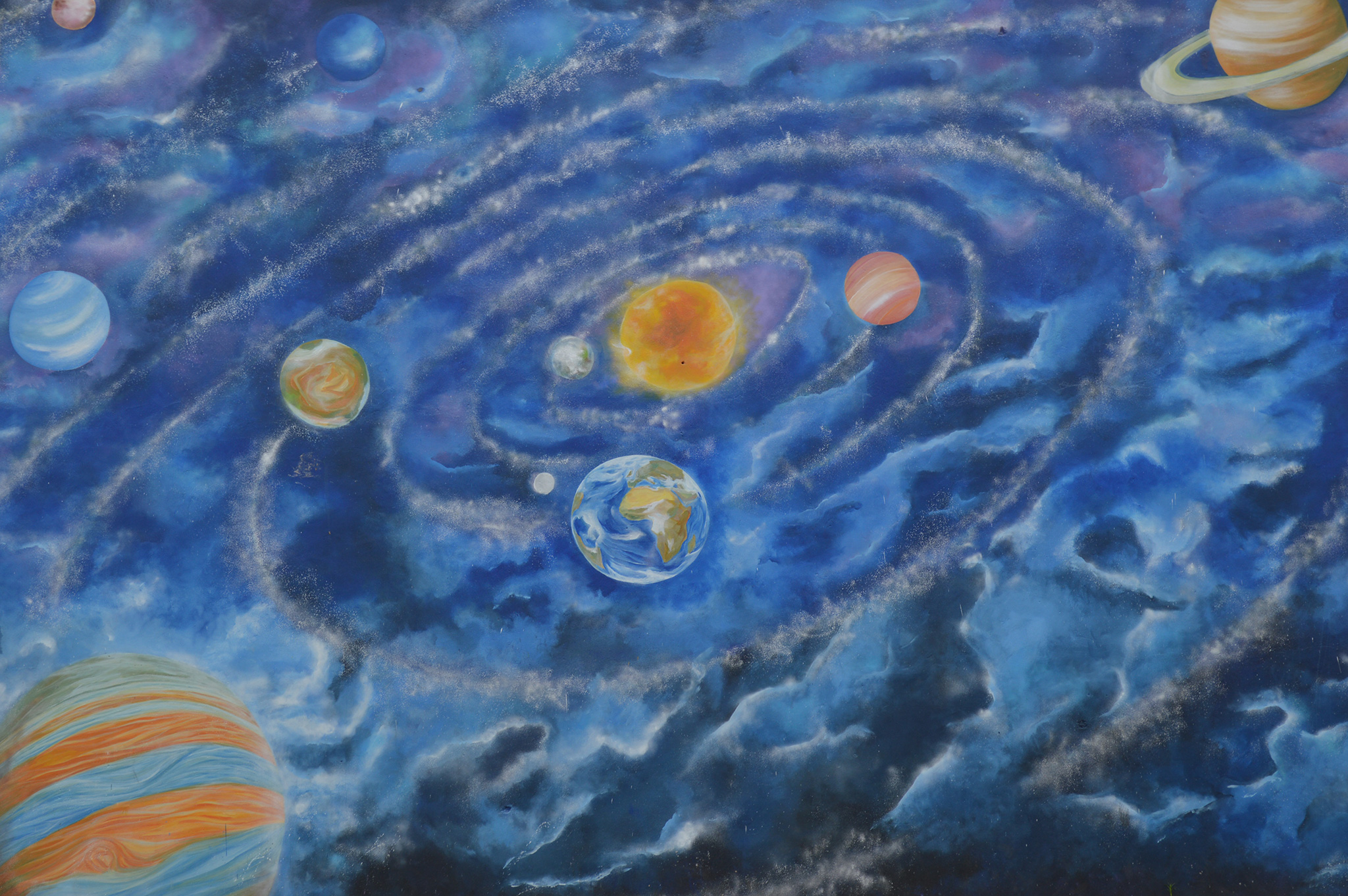 O Sistema is the result of an educational project at the CEIP Fogar de Carballo. The centre aims to turn the walls into a creative learning tool. At the same time, it involves the school in the Derrubando Muros con Pintura project.This first mural’s theme is the Solar System, which will be followed by other interventions on human evolution and the environment. The students’ response to the initiative was very good so the artist decided to involve them by painting a wall. Eleven drawings were chosen from among almost 800 boys and girls.According to Emi, “urban art must establish a dialogue with the general public to achieve a better understanding and involvement while also becoming an educational resource.” 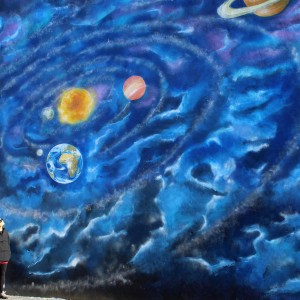 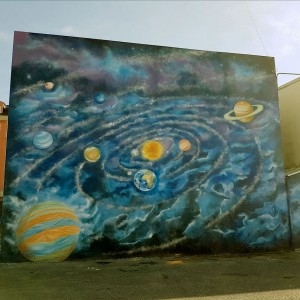 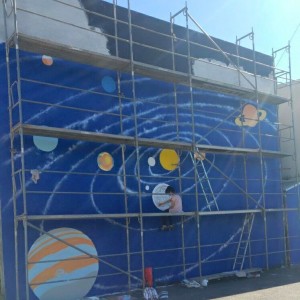 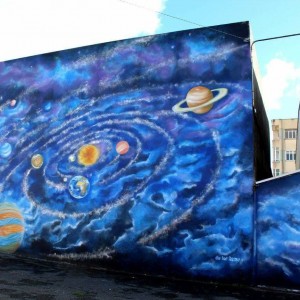 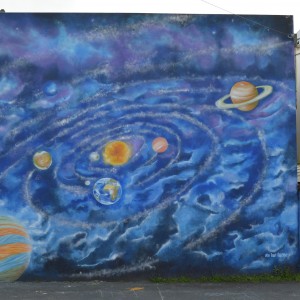 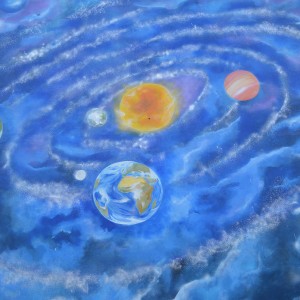 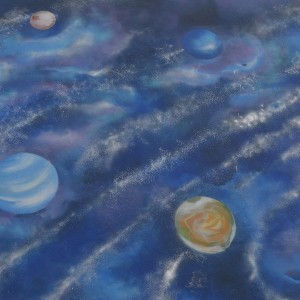 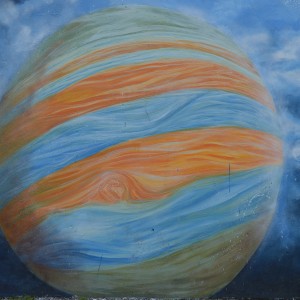 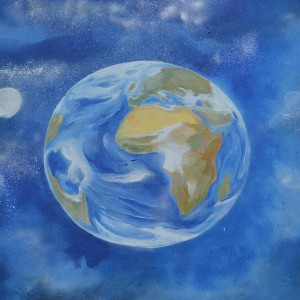 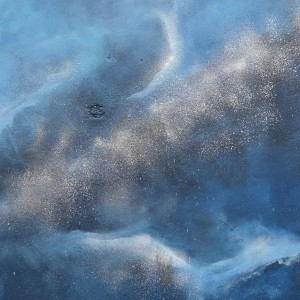 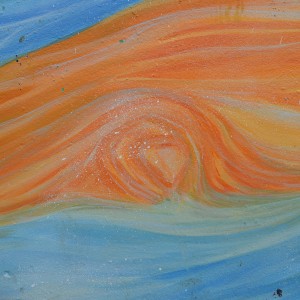 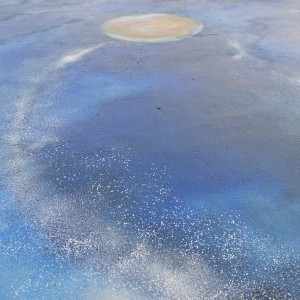