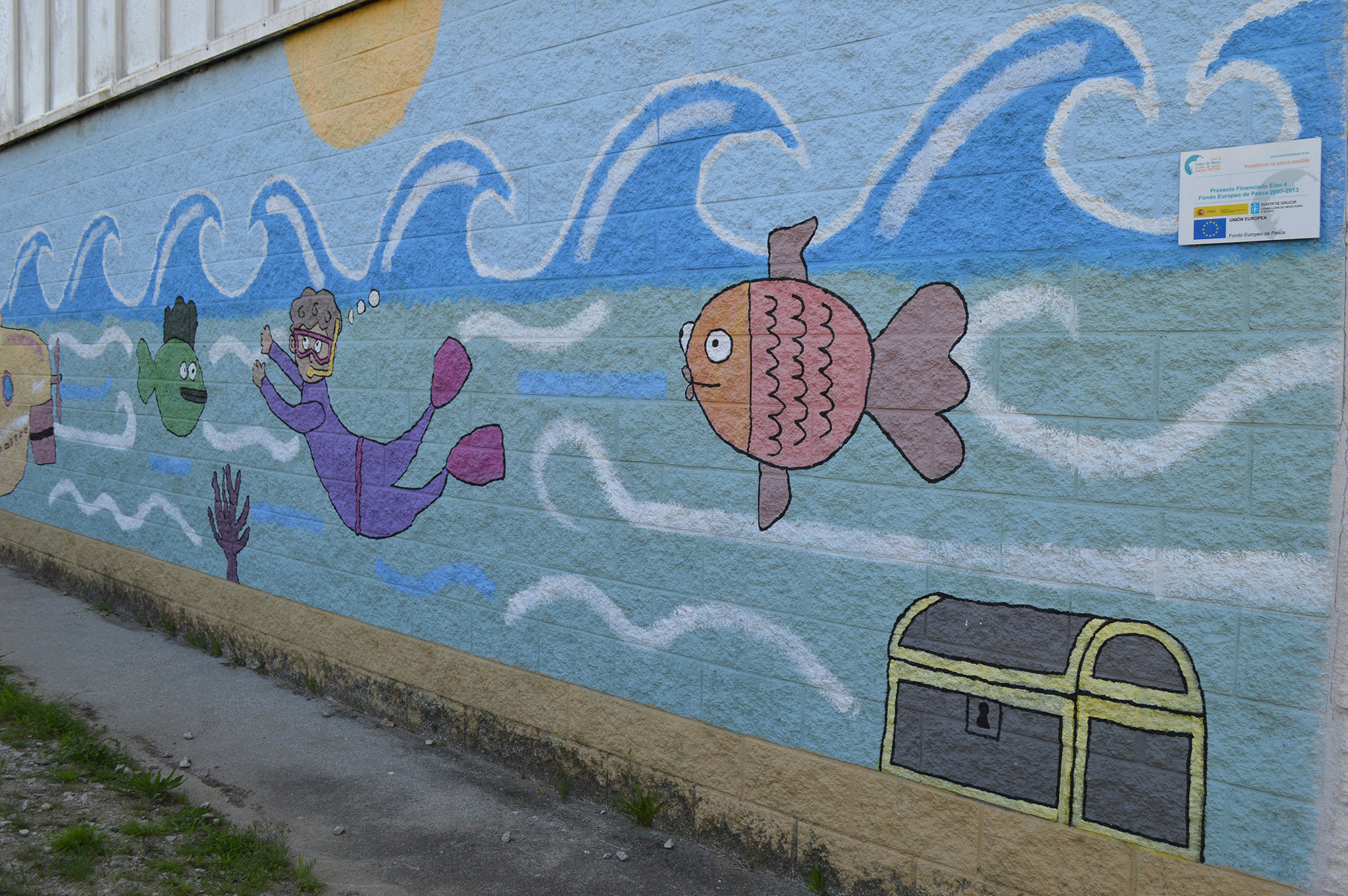 Cristina Castro had to fight with the San Luis Romero state school rebellious and rough surface of one its walls. Cristina chose to develop again a mural with children´s aesthetics, as she had already done with the previous mural for “Derrubando Muros con Pintura”, which can be seen in Milagrosa neighbourhood.This intervention was created for the “Carballo, mirando ao mar” programme, whose aim was to highlight the idea that Carballo has indeed coastal areas. The wall presents a horizontal and elongated format and it represents a deep sea scene meant to be easily understood and appreciated by the school’s pupils. In order to do so, the artist used simple forms and bright, flat colours to capture different fish, seahorses, jellyfish, divers and a large submarine in the central part that forces us to look under the sea. 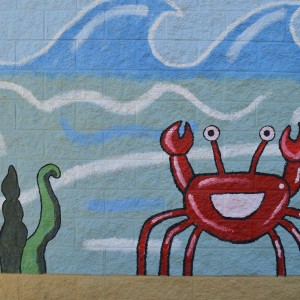 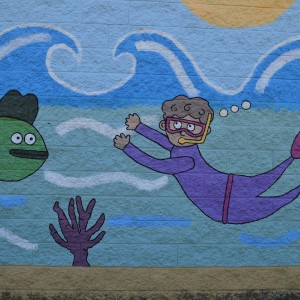 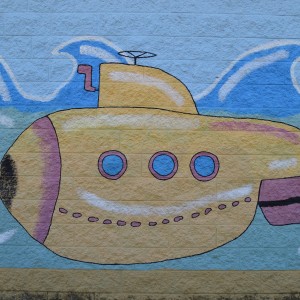 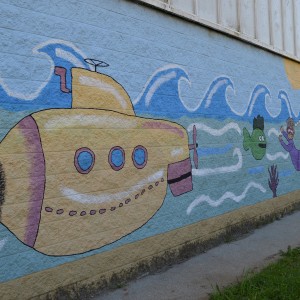 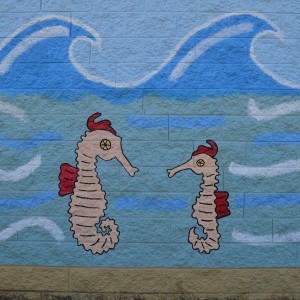 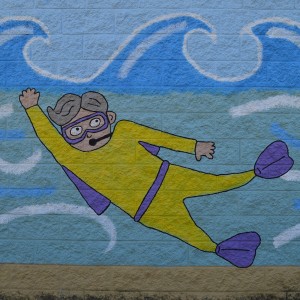 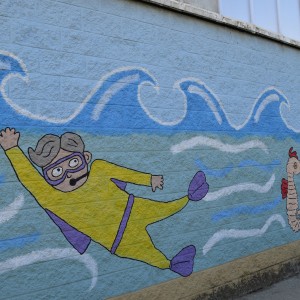 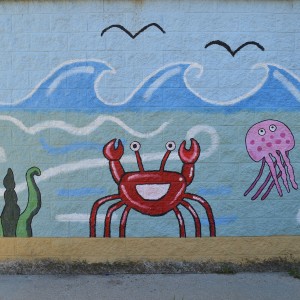 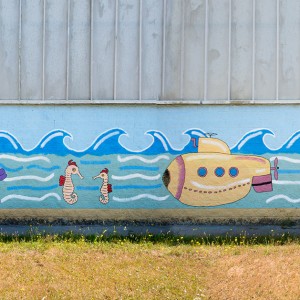 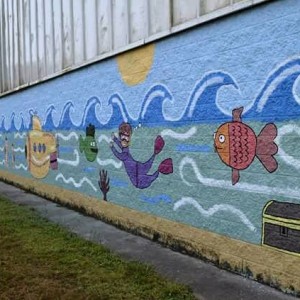