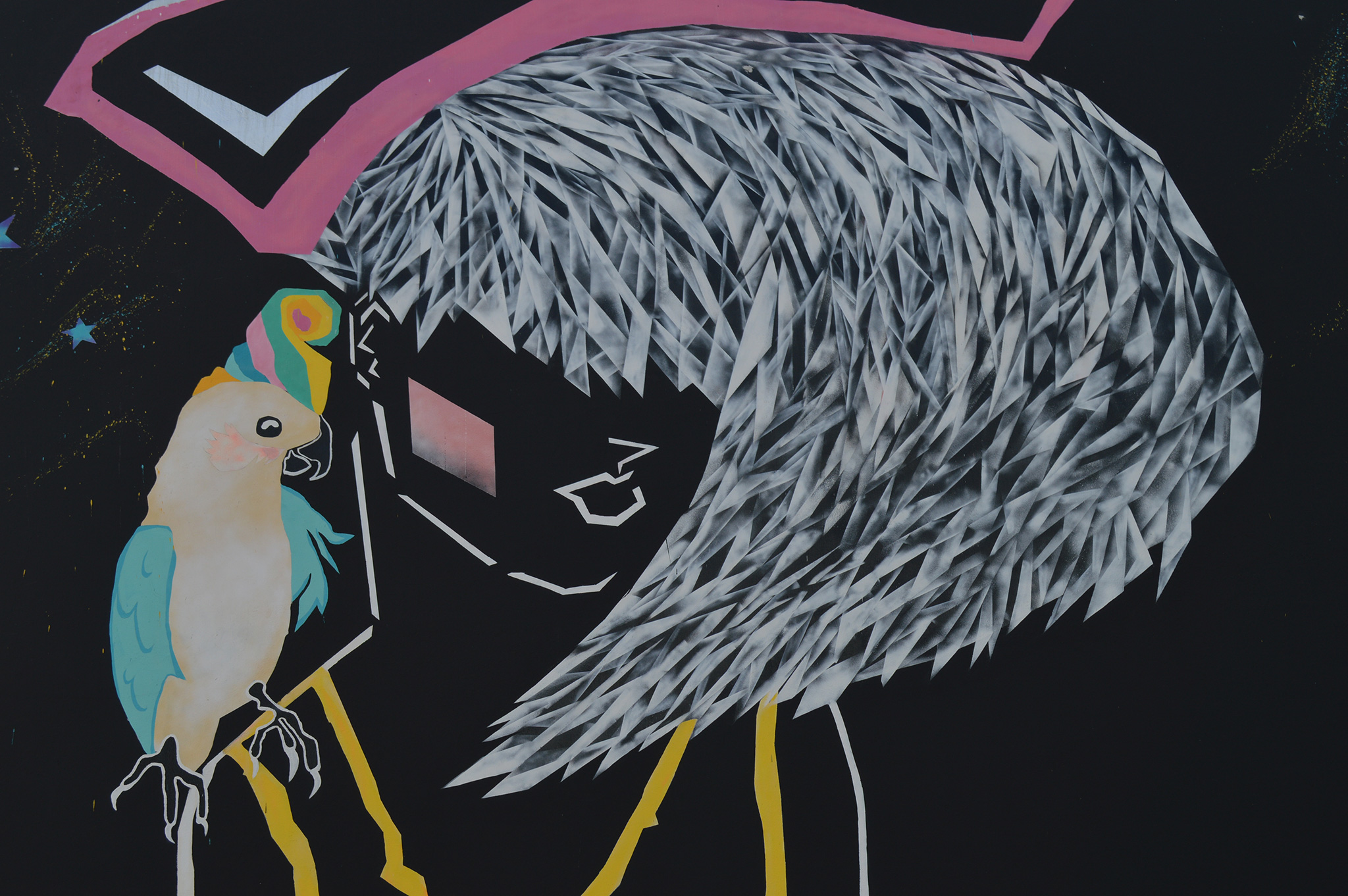 IN ICTU OCULI, a Latin phrase meaning “in the blink of an eye”, refers to the passing of time, to the fleeting nature of life. It is a reference to “vanitas”, a painting style very common in the 17th century , especially in still lifes. The message the artist wants to convey is the uselessness of worldly pleasures in the face of a certain death, “Vanity of vanities, all is vanity”. While Saltimbanquis, dedicated to the world of the circus, was a colourful mural, Emi de las Heras change register for this work, painted over a black background on the Alfredo Brañas Secondary School new facade. The scene shows a pirate who contemplates the sea at night, accompanied by a parrot and a fish, and surrounded by other symbols such as the skull, the bubbles, the stars, and the flashes of water, are reminders of the fragility and brevity of life and our existence. The hair, very exaggerated, is also a symbol of the passing of time. This is an element that features in a series entitled: Hair and Ornament.Formally, it is a composition that plays with the simplicity of colour and form, flat colours and geometric shapes that create a light composition on a black background. The image has a treatment halfway between painting and drawing, since many of the elements such as the fish or the pirate’s body are made of white lines. 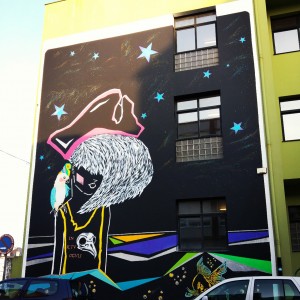 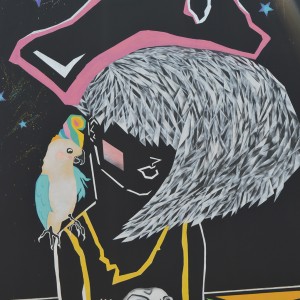 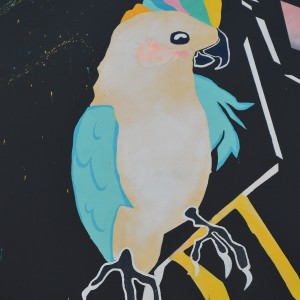 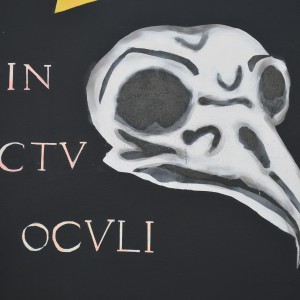 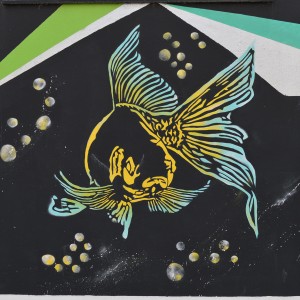 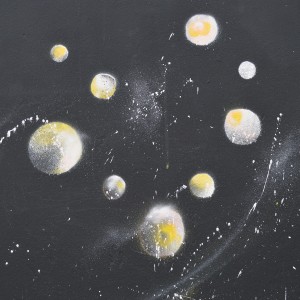 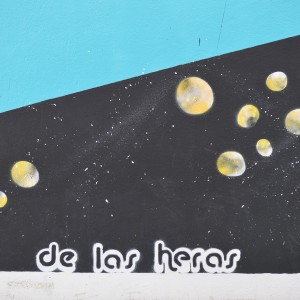 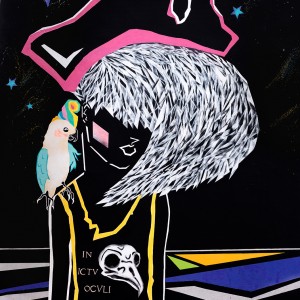 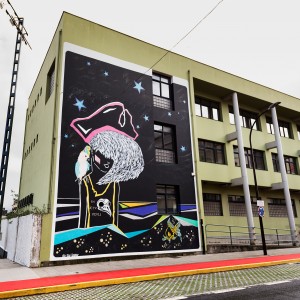 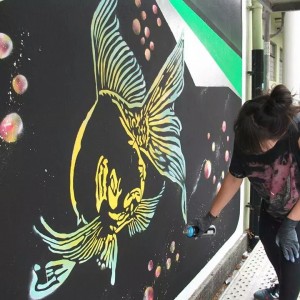