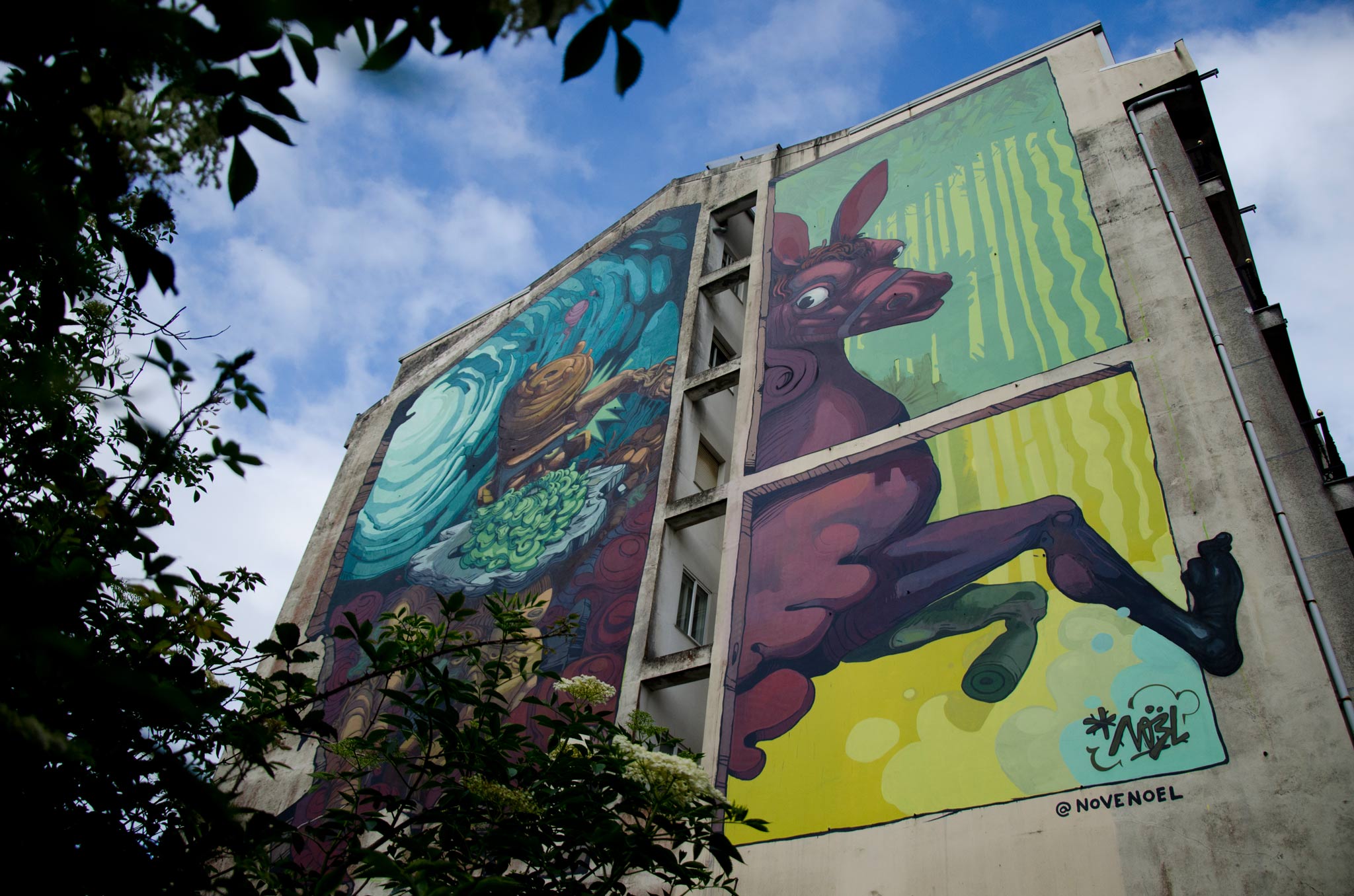 There is no doubt that the Galician artist Nö3l is one of the region’s urban art main talents. His style stands out for a strong expressiveness, strongly influenced by the gestures of the comic languages and a complex and graphically dense pictorial technique.In this impressive mural of great dimensions titled “Home Carballo”, the Galician artist plays with a narrative composition formed by three vignettes that we can read from left to right and in which he narrates a short story that pays homage to our village. On the left side, a semi-human male figure emerges, a horse between a tree (oak) and a man, who comes out from the stones (dolmen) to mutate from tree to human. On the right side, we see the inverse progression in the figure of an animal with feminine characters, halfway through a mutation from animal to human. The joint image represents the duality between the masculine and the feminine and the symbiosis between humans and nature, mixing these two concepts as an objective to find a balance of coexistence and harmony between both realities.It is a tribute to Carballo whereby the tree is a profound reflection on the fate of our species with regards to the environment we live in. 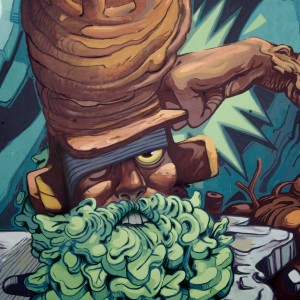 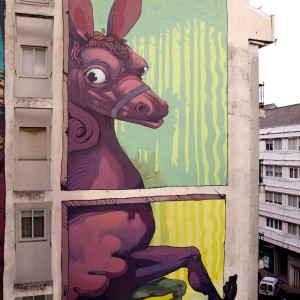 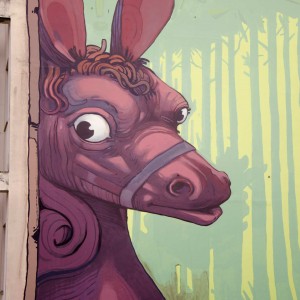 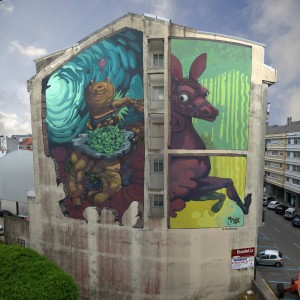 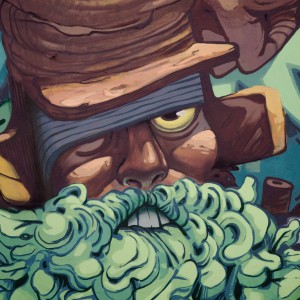 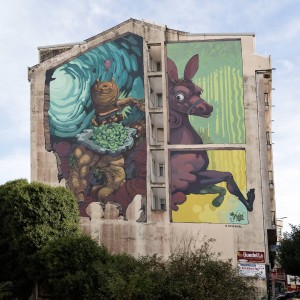 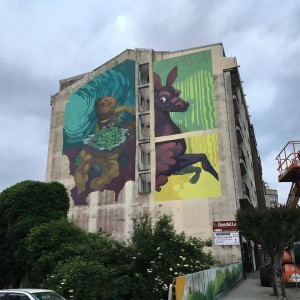