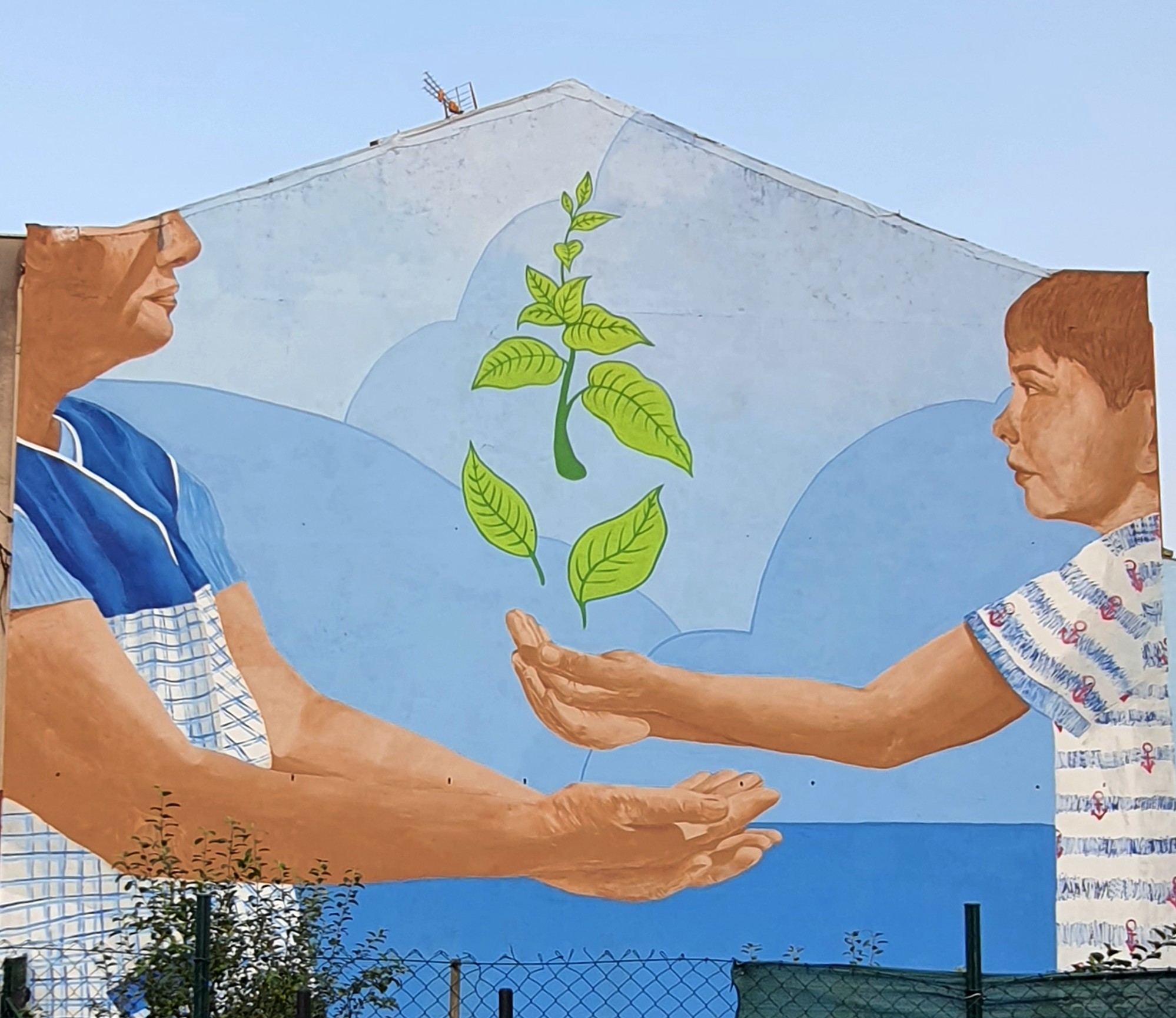 Isa Bermúdez explains the meaning of her mural “Herdanza” (“inheritance”). A grandmother and her grandson are making a plant grow. The grandmother is thus giving the grandson the knowledge to sow, care for and love the land. Bermúdez explains that she had the idea watching how parents or grandparents complain that girls and boys spend a lot of time with “machines”; but later when the children play or they go to the playground, everybody tells them to be careful. They could stain their clothing, they could hurt themselves … and so they are not allowed to investigate and experiment on their own with dirt, as every child should do. 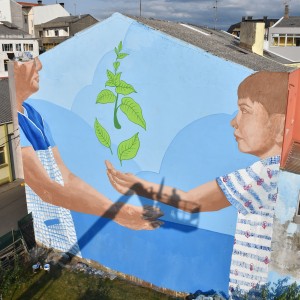 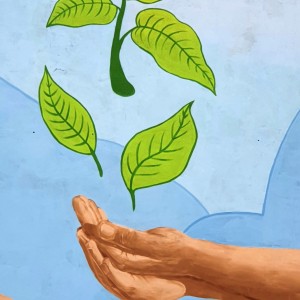 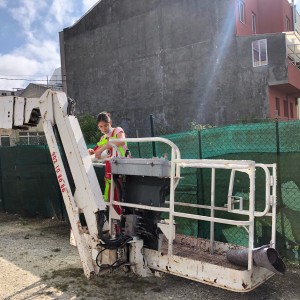 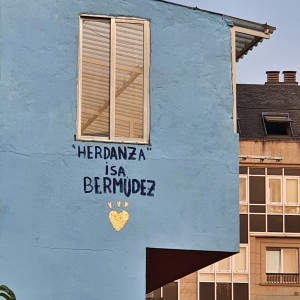 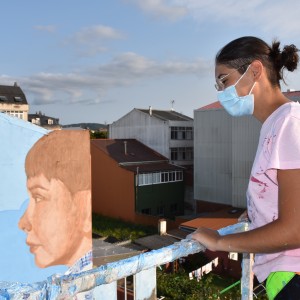 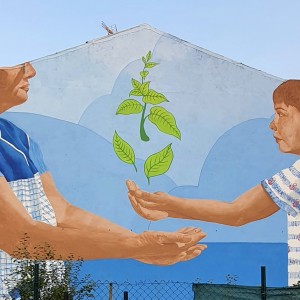 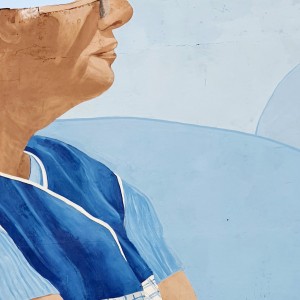 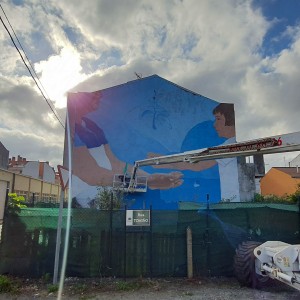 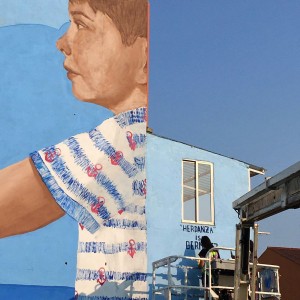 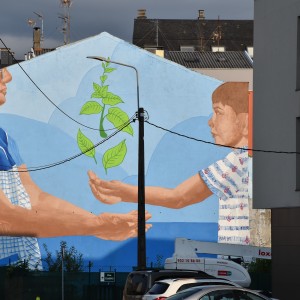