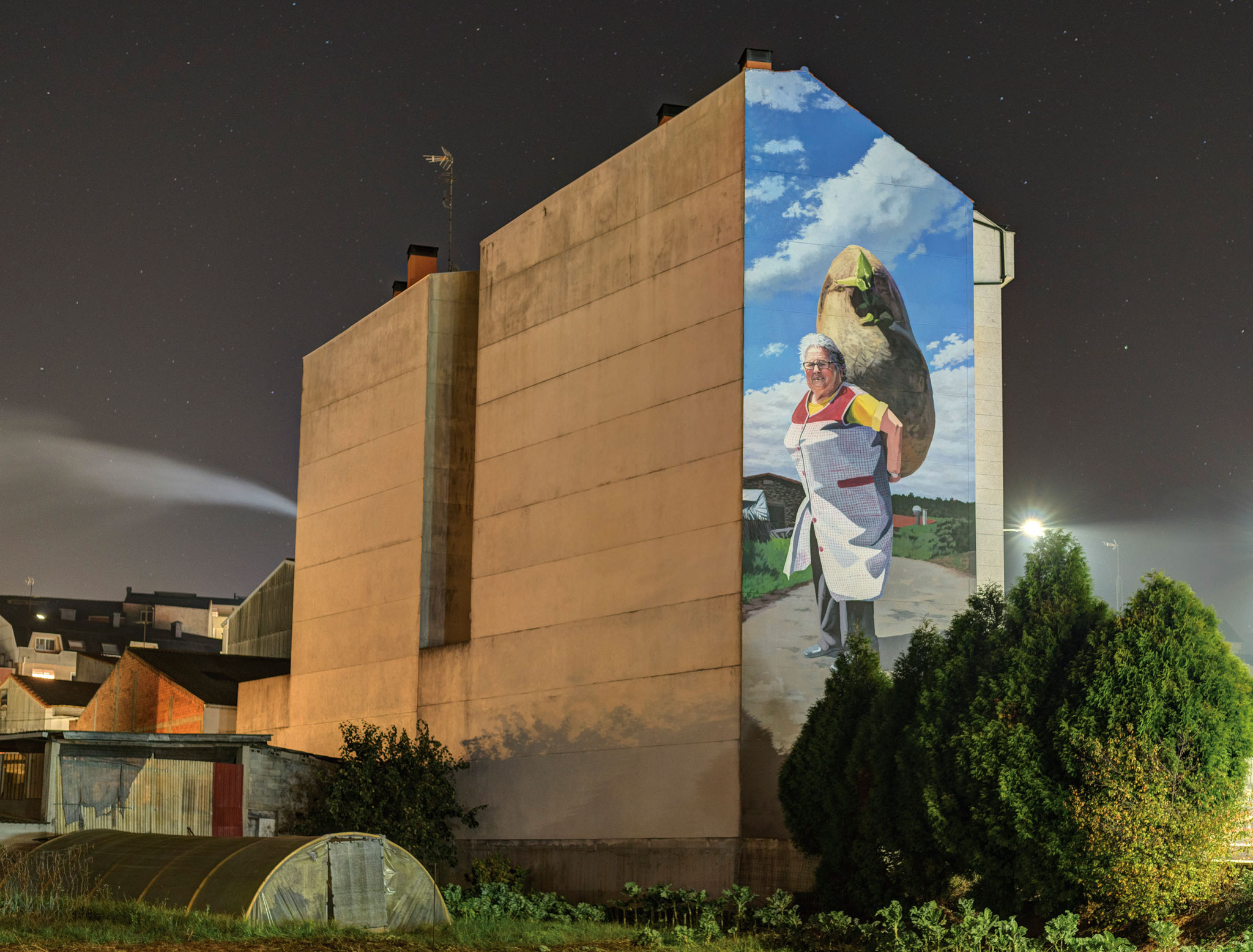 Joseba Muruzábal, aka Yoseba MP, lives in Santiago de Compostela and is one of the contemporary painting representatives in Galicia. His work features a strong realistic style, sometimes linked to surrealism, where he shows everyday scenes through a very suggestive brushstroke and a strong photographic influence.He brings to Carballo his series of murals called ‘Fenómenos do rural’ where our grandmothers become superheroines with superhuman powers, thus paying homage to women as a key figure in our society.Within this series, the Galician artist includes his peculiar tribute to the Carballo country women, making use of one of the star products of the region: the potato. More specifically, the local variety known as Fina de Carballo, which is very appreciated by local consumers; in this mural of large dimensions, he achieves a supernatural scale.This new and strong supergrandmother carries with elegance a giant potato in the purest Obelix style, as though it were a menhir, a nod to the well-known character of Goscinni and making it clear that if there were such potatoes, we would not be afraid to collect them: “Fina de Carballo: A muller Nitromón”. 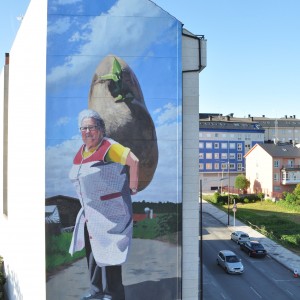 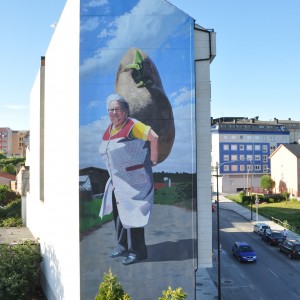 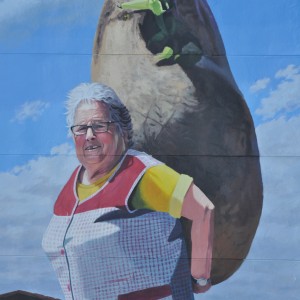 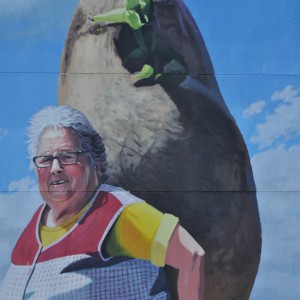 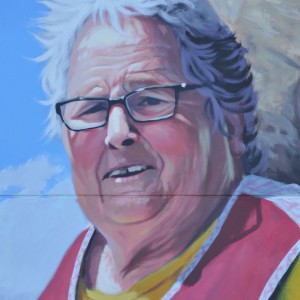 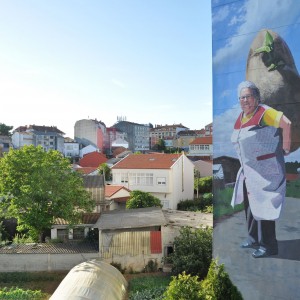 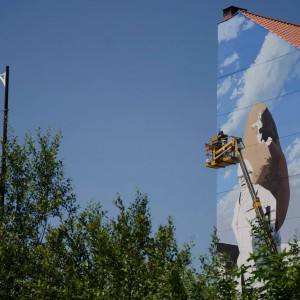 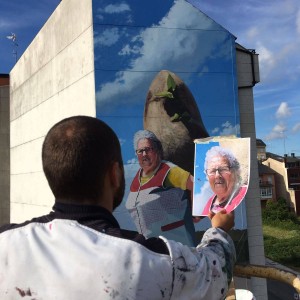