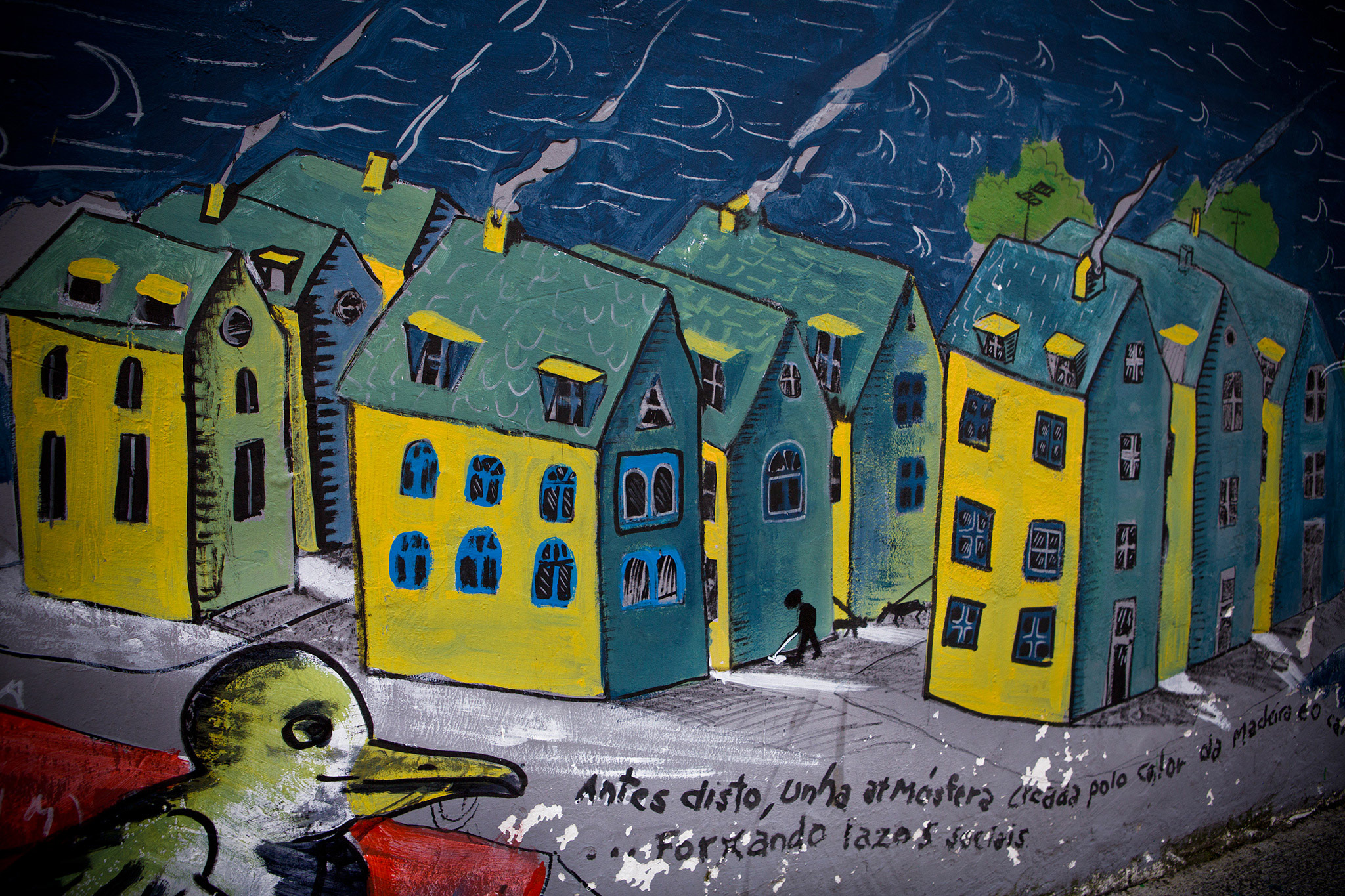 Rather than a mural, India´s Shamia Singh work was an initiative built, literally, with the happy memories of locals who wanted to pass them on to the artist so that she could leave their mark on the wall. For Samia Singh, urban art is an instrument to embellish the city but also a way for artists to showcase their work. She understands art as a means of interaction between the artist and passers-by but also for young people who can feel prouder of their village, or even for pensioners who stop, watch and process the information of the work, as if they were reading a book, as Samia explains. Regarding this, when she was painting this mural the author created a blog to collect local people’s beautiful memories; she made, as a result, a mural with a life of its own, which was changing depending on what people were commenting. It was a gift that the Indian artist wanted to offer to Carballo and its people.The big scene in which the dog is flying with the children is an element that makes personal reference to a specific moment in Samia’s life, the adoption of a street dog. Samia also included elements of Galician culture; both the figure of the piper and the green and coastal landscape are examples of this; the landscape, in particular, is what Samia saw and became familiar with during her train journey to Galicia. 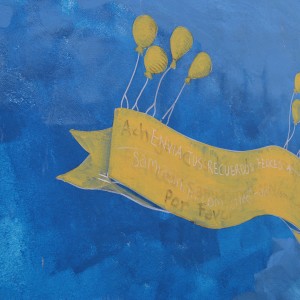 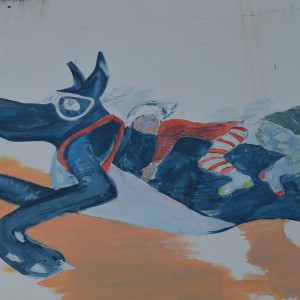 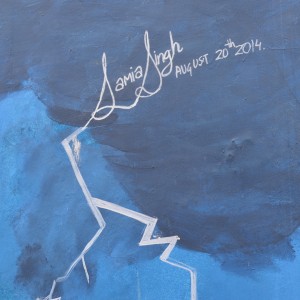 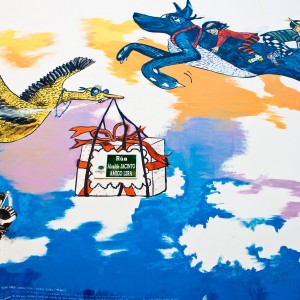 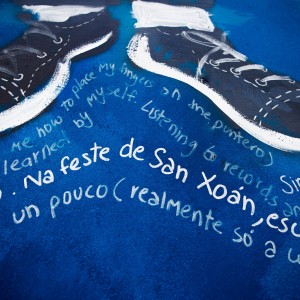 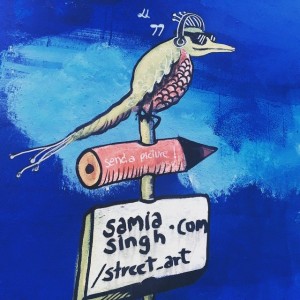 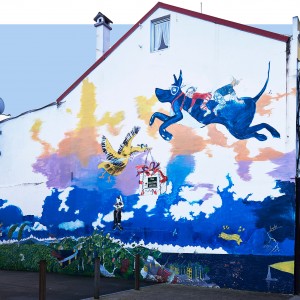