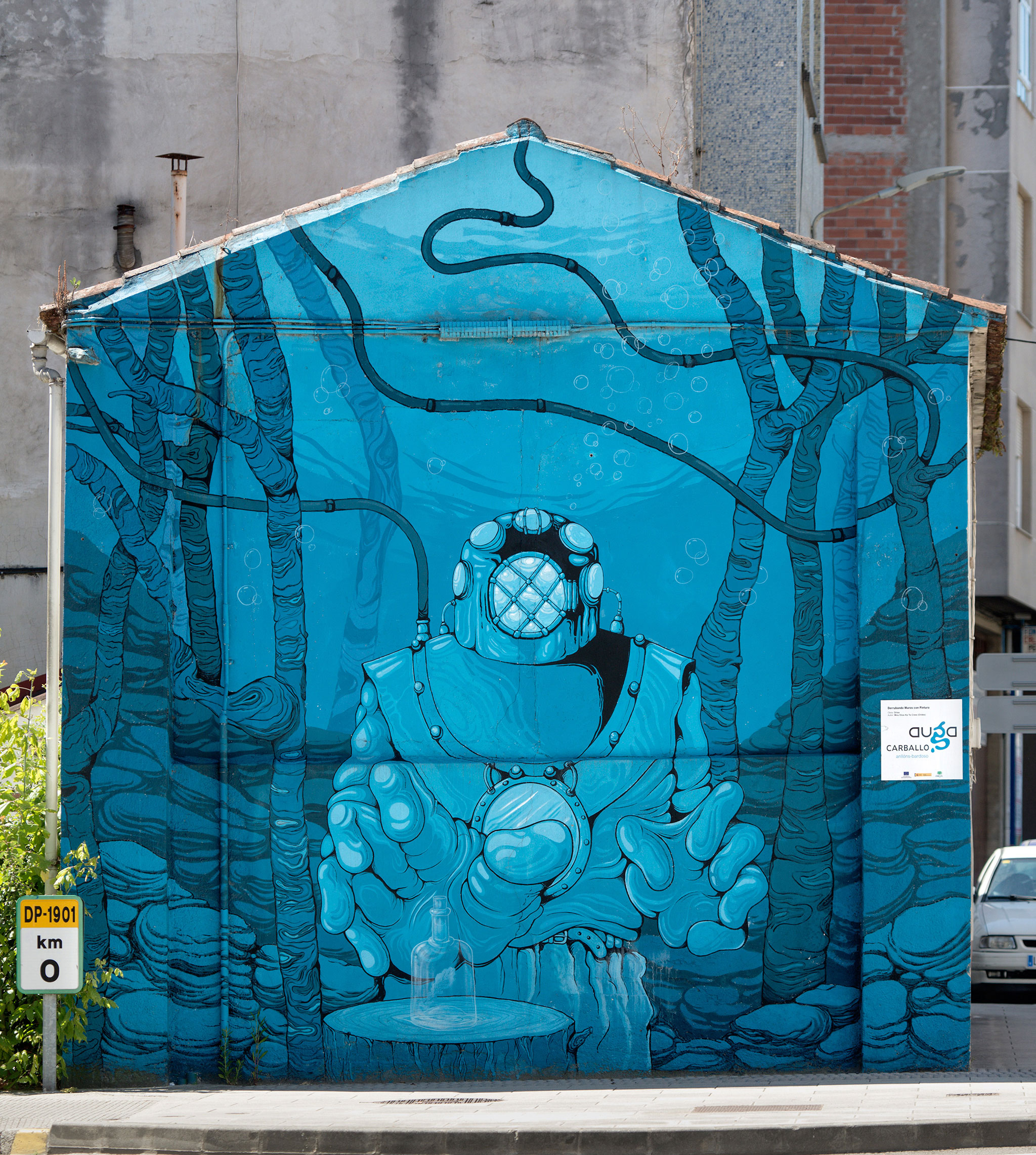 Mou’s mural, a graffiti artist member of the collective urban art project “Desordes Creativos” and former Rexenera Fest coordinato, depicts a diver who finds a bottle with an oak leaf, which is meant to represent the town’s spirit; the painting is on the side of the building on the corner of the road that leads to Malpica and Sisamo. This work, therefore, shows the search for the roots of Carballo. The area was formerly known for its natural medicinal springs, thanks to the ancient trees, which nourished the water with minerals and nutrients. Mou manages to reflect this idea with a modern aesthetic, close to the European comic strip, made almost entirely in a single chromatic range, using only blue colour, which endows the surface with an aura of mystery.His is pure graffiti creation, with comic influences, something that sets him apart from many of the artists participating in the project, who are more linked to the world of painting. It was on the corner between Avenida das Flores and Fábrica Street until December 2017, when the building was demolished in order to improve the accessibility of the area; this is why there is a project for Mau to make a new mural. 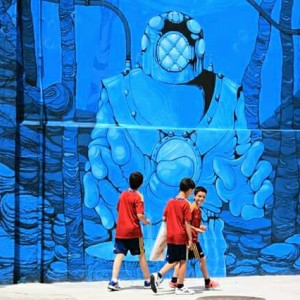 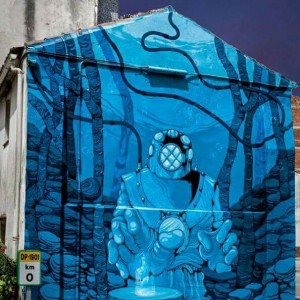 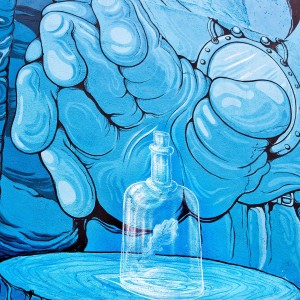 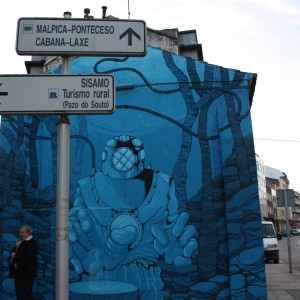