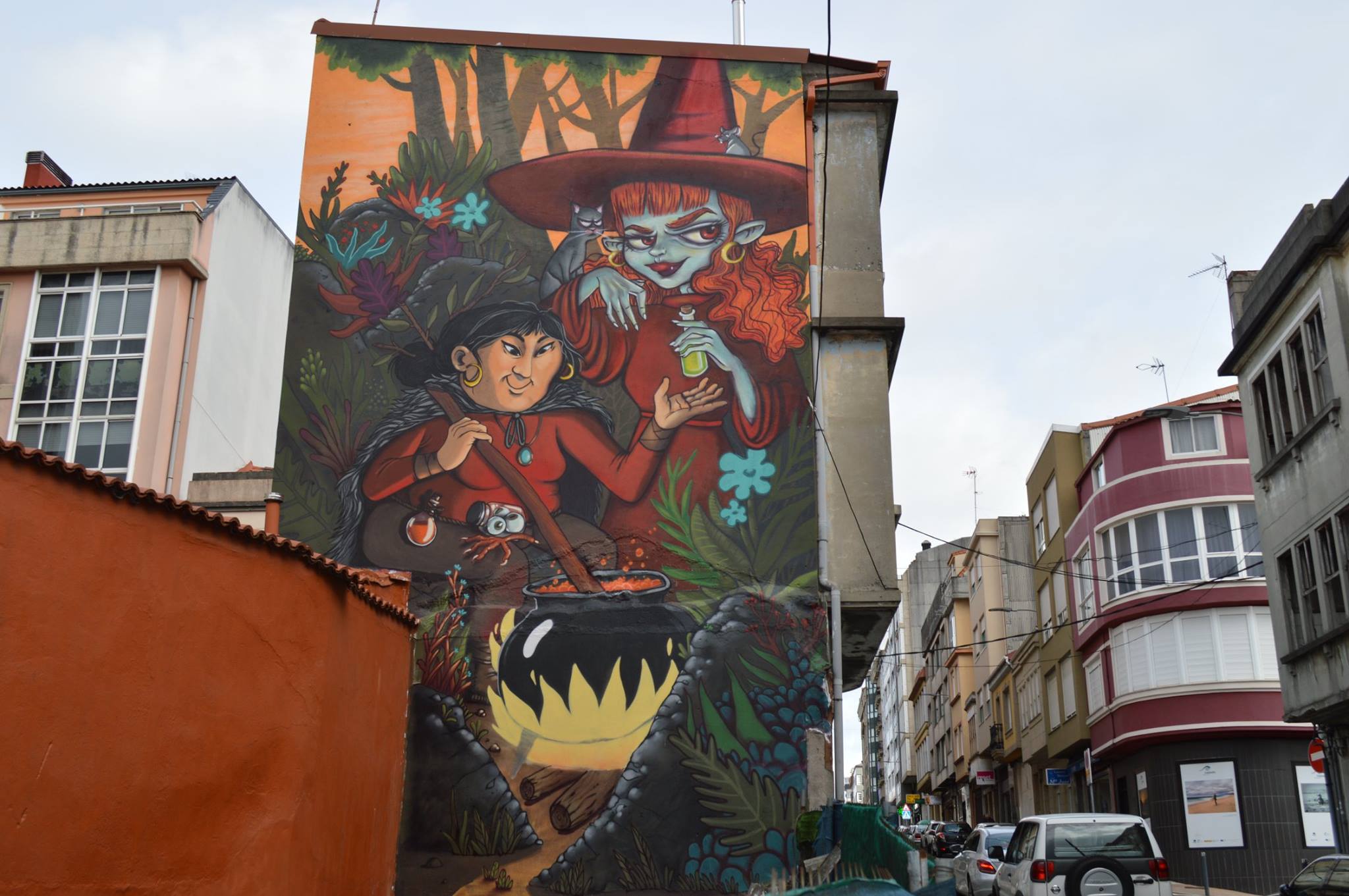 Nana (Diana Rodeiro) and Nada (Iria Fafián), members of 7H Cooperativa Cultural, are the authors of the A Eira das Meigas mural, which was inspired by the local legend of Monte Neme, known for its mythical past as well as for being a tungsten mine ; it is 385 metres high and is located in the coast, in the Carballo and Malpica de Bergantiños boundaries. Near the summit stood a cromlech, whose only remaining is a circle on the ground in which legend say that the grass does not grow any more. It is here that oral tradition places the witches and devil´s covens would take place on St John´s eve; sitting on massive stone chairs, they would plan the moves they were going to play on the living.In this work, Nana and Nada portray their particular coven mixing each artist’s well identifiable personal style to narrate a scene of magical and mystical character inspired in this historical place. 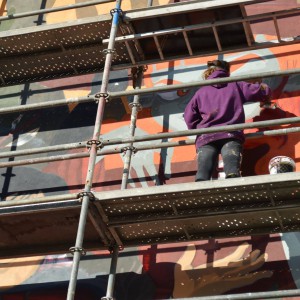 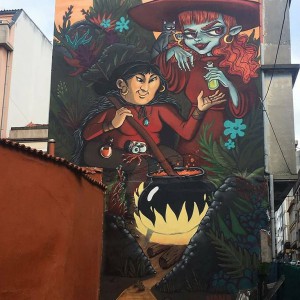 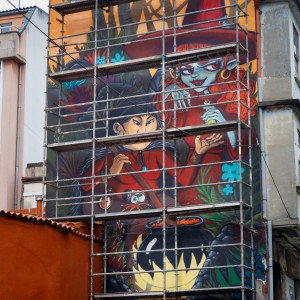 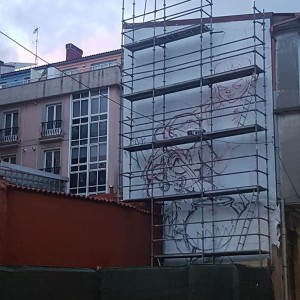 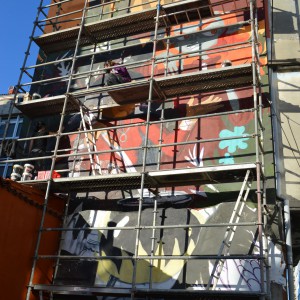 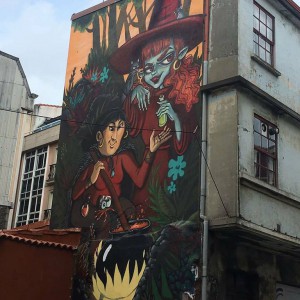 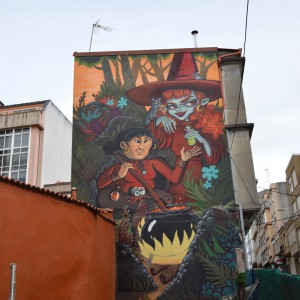 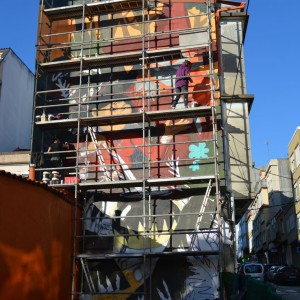