MØU: the Galician presence in the seventh edition of the Rexenera Fest

MØU: the Galician presence in the seventh edition of the Rexenera Fest

The artist from Ordes has already left his mark on Carballo with the mural A orixe 2 (The Origin 2), popularly known as “El buzo” (“The diver”)

In every edition, the Rexenera Fest invites a Galician artist, and in 2021 the chosen one is MØU. He is an old acquaintance of Carballo because he has already painted two murals in our streets: A Orixe 2  ((The Origin 2) , popularly known as “El buzo” (“The diver”); and A Orixe ((The Origin, disappeared because the building in which it was located was demolished). MØU was born in Ordes (1981) and studied at the  Pablo Picasso Art School in A Coruña. He creates together with Sokram the design studio Mutante Creativo from where he develops his work in fields like graphic design, muralims, illustration, feature or advertising photography, audiovisual, musical creation and production, or graffiti workshops.

MØU’s interest in drawing and painting stars at a very early age. He is fascinated by the world  of the Japanese manga, anime and cartoons. His first contact with the graffiti and the urban art is in 1998. But it is only in 2002 when he begins to take it more seriously. He currently creates murals alone, but also with Sokram and Mutante Creativo. His style is characterized by a reduced and desaturated color palette. He creates volume through flat shapes, and he reinforces his figures with a persistent and clean line.

He is a versatile artist who is also member of the Dios Ke Te Crew music collective. Together with Sokram, he is one of the driving forces of the urban art scene in Galician, whose work includes, among other events, organising and coordinating the urban art festivals DesOrdes Creativas in Ordes and Rexenera Fest in Carballo. 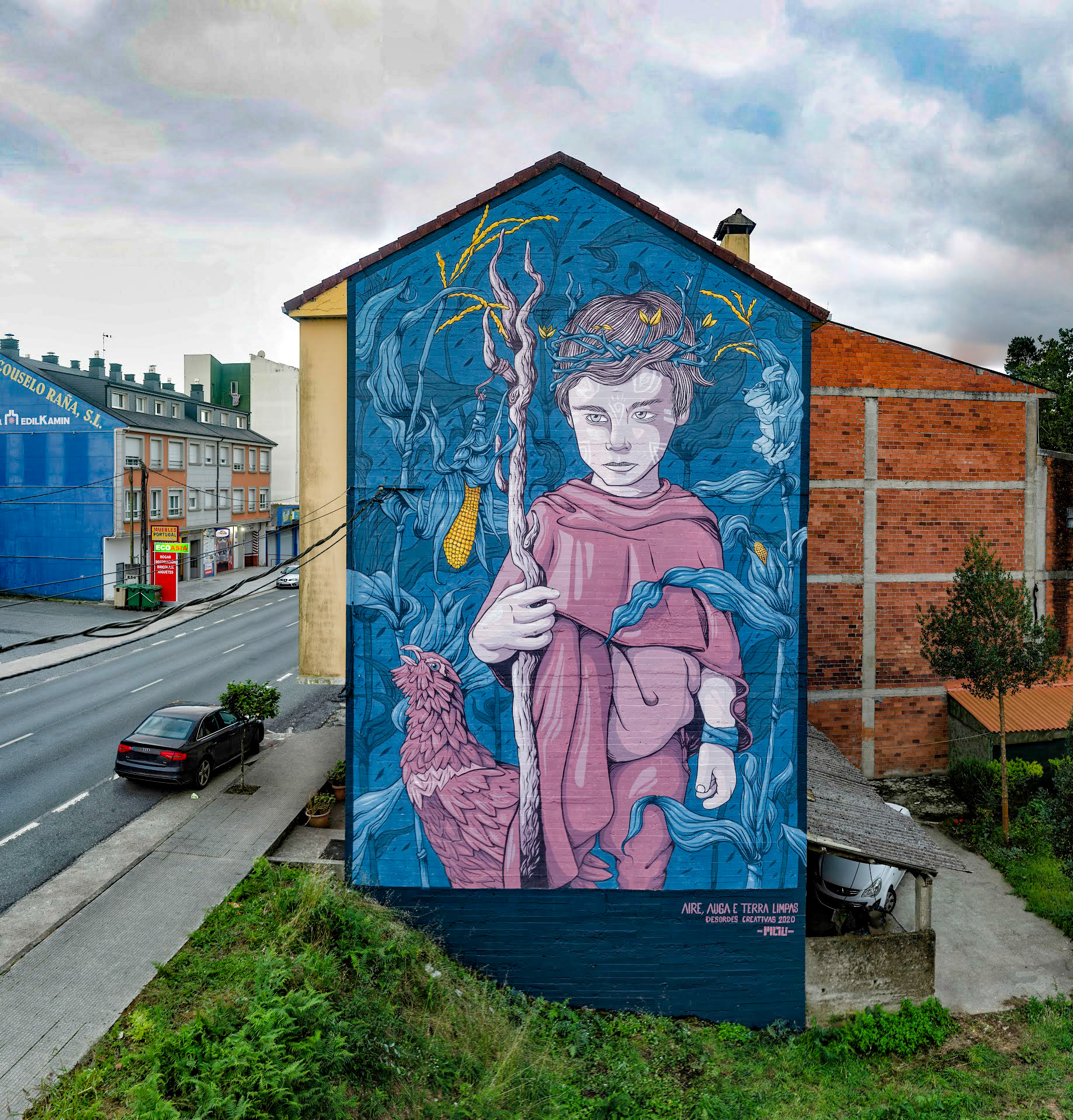 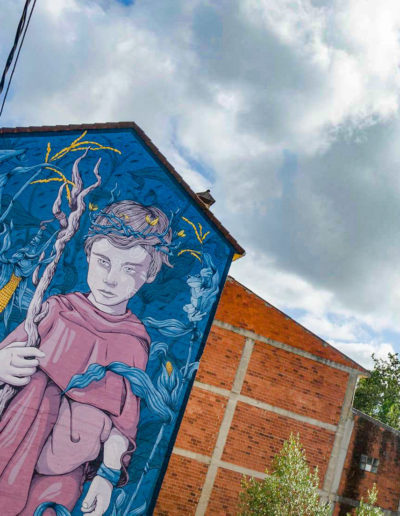 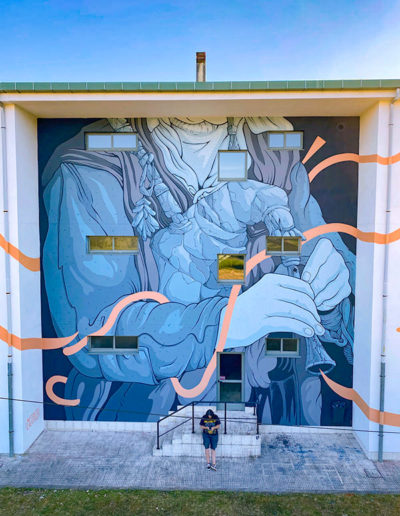 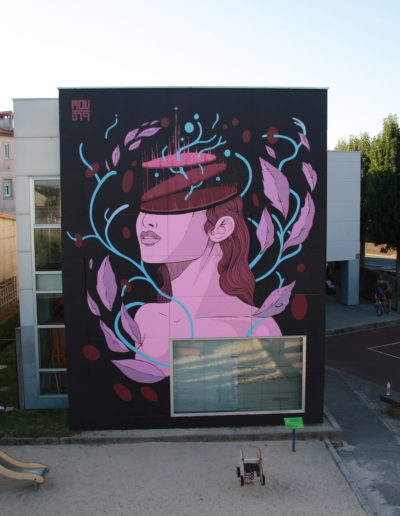 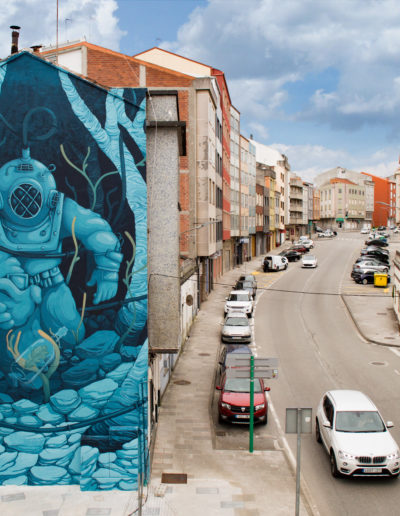 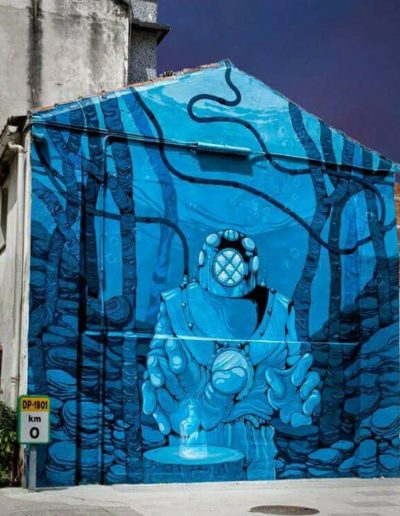 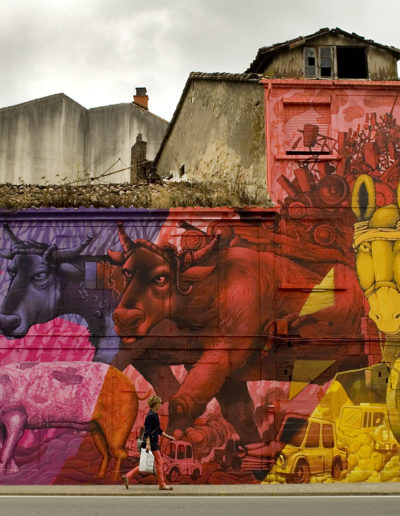 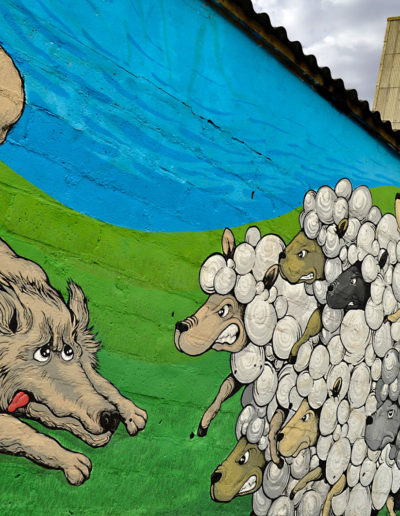 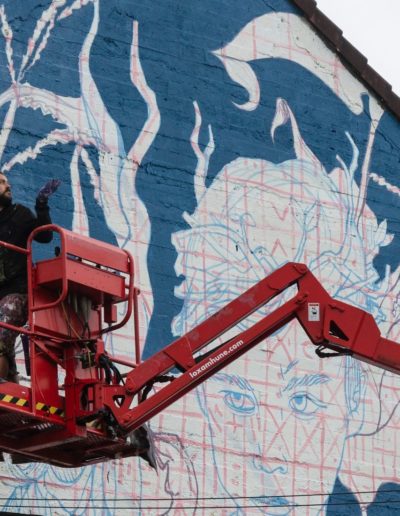