Carballo’s street art becomes the setting for a play

Carballo’s street art becomes the setting for a play

Street art and theater go hand in hand this autumn in Carballo thanks to the union between Derrubando Muros con Pintura and the FIOT (Carballo’s International Autumn Theater festival) which takes place every year and that, just in 2019, had an influx of 16.000 people. This 2020 the festival has changed due to the pandemic, but it continues with the desire to pay attention to avant-garde proposals such as this piece, entitled A lúa, válvula de spray  (“The moon, spray valve”). Carballo’s murals become the scenery for this play in which the audience walk down the streets to find the magic of the theater.

The piece is a fiction composed with postcasts and it takes risks with scenic research to create avant-garde theater, linked to graffiti, but also to the streets, art, interpretation … It combines the performing arts with the urban space and explores new formats and the possibilities offered by technological tools thanks to LIDISS (Laboratory for Research in Sustainable Social and Cultural Innovation), which co-produces the work together with the FIOT. To be able to enjoy it, you have to purchase a free ticket by WhatsApp at the number 604 008 235, and download the application Carballo a un paso  (available now on  Google Play and soon in Apple Store). Then you arrive at the first mural at the time of the session (the schedules can be consulted here: https://fiot.gal/programa/a-lua-valvula-de-spray/) and enjoy yourself.

The author: a writer and artist from Carballo

The play is directed by Quico Cadaval, with the sound managed by Marcos PTT Carballido. Melania Cruz, Santi Romay and Maria Roja are the cast, and the author is Rosalía Fernández Rial a multidisciplinary writer from Carballo that sums up the proposal in ten words: “Art, hip hop, urban dance, streets, love, asphalt, city, friendship, betrayal, fiction”. We can find three characters Leo, María and Sara, who have a relationship with each other. According to Fernández-Rial, it is “one of love and conflict at the same time. A triangle that occurs between these three characters and that will give rise to certain changes and mysteries that can only be revealed during the play”.

The author also highlights that “for the viewers this is going to be a new and different experience, because in some way they will be touring the scenery itself, which will be the streets and the Carballo murals”. They will always be accompanied by a mobile application, “with which they will actually carry the actors and actresses, the characters, in their own pockets.”

In the images you can see some of the murals that make up the scenography of the work: 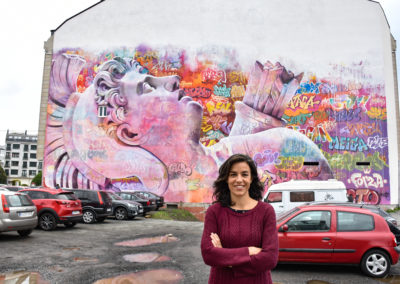 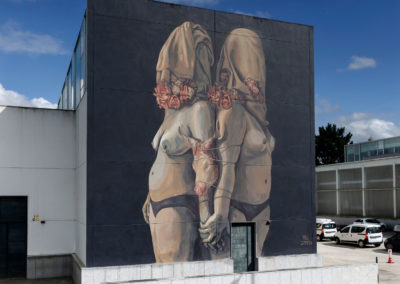 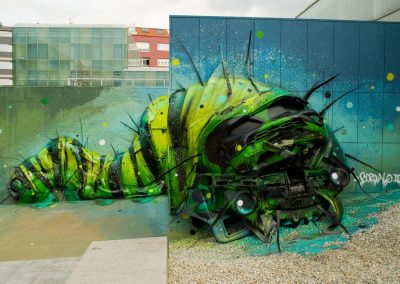 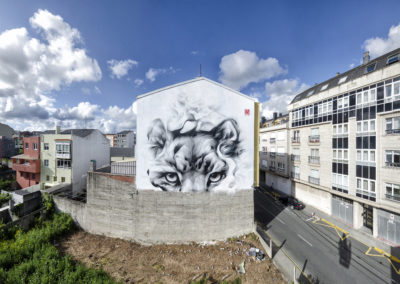 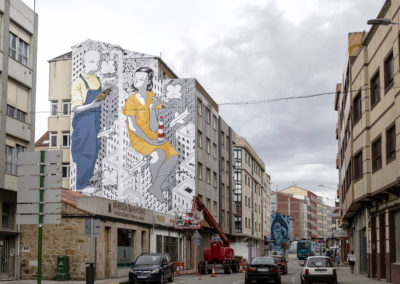 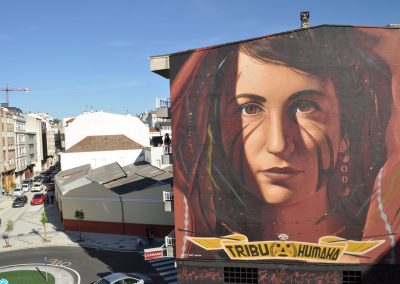 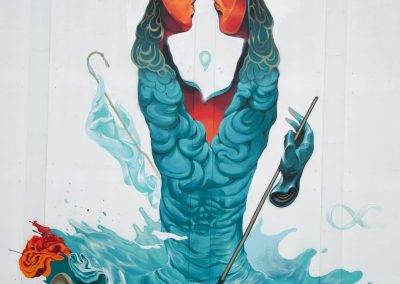