Carballo’s street art project Derrubando muros con pintura has served as inspiration for a cultural association of the  French Gascony to launch an urban art initiative involving six towns. The connection has been one of those six villages, L’Isle Jourdain, a city with which Carballo has experienced more than 25 years of social and cultural twinning. “Carballo’s initiative has been a stepping stone,” says Marie Delpeyroux, president of the twinning committee in L’Isle, since the usual cultural exchanges with Carballo allowed them to discover our town’s urban art and even participate in the elaboration of a memorial mural.

This first project in France, which ends in September 2020, consists of a series of artistic residencies with a format similar to Rexenera Fest festival. They last several days and the interaction between artists and the public is encouraged, although, as also happened this year in Carballo, the health crisis has forced the suspension of some of the parallel activities that were programmed.

L’Isle Jourdain is the municipality most involved in the project, since throughout the month of July it hosted three artistic residencies that allowed several walls to be “demolished” with painting. SupaKitch & Koralie were the fist ones, a couple that fills their works with nature, often vegetal, with geometric, elegant and poetic shapes. Later, it was the turn for Virginie Loze, from Toulouse, who usually creates a world of strange characters that reveal the fragility of the human being; and finally Pedro, an artist from Nantes who reflects the human being through animal figures, resembling those of a fable. 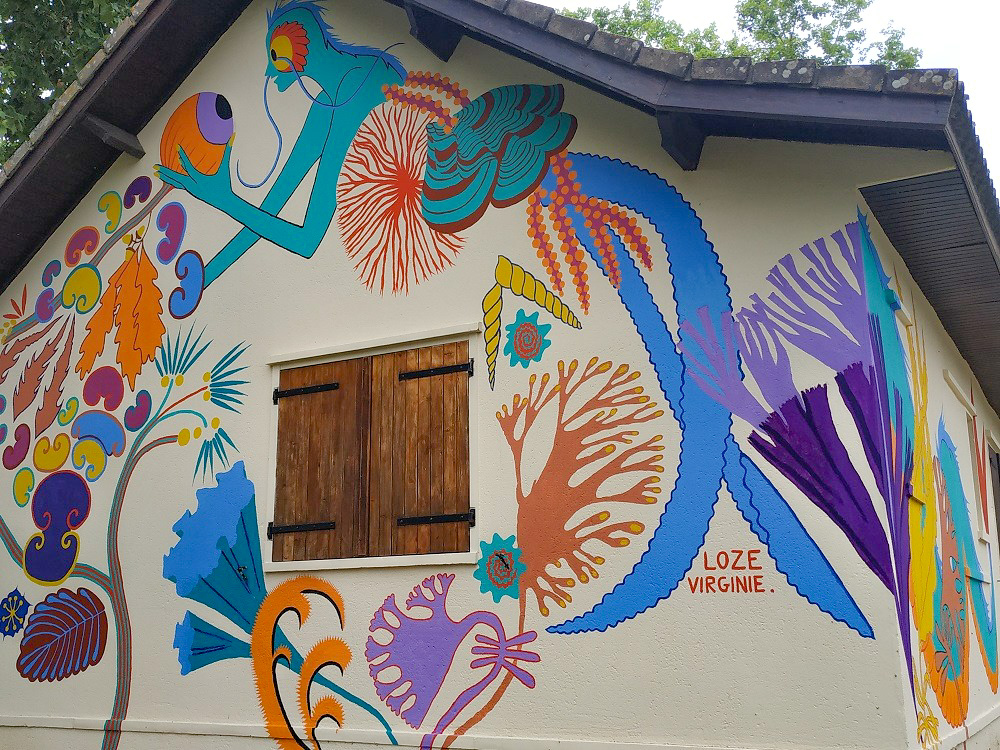 The global project is entitled “Artistic itineraries in the Pays Portes de Gascogne”, an initiative of the cultural association Portes de Gascogne. Different administrations are involved in this project that will culminate in the creation of an urban art route that will link the towns of Beaupuy, Castillon-Savès, Clermont Savès, Pujaudran, Ségoufielle and L’Isle Jourdain. At the same time, this experience tries to promote alternative mobility, so they have launched an electric bicycle rental service in L’Isle Jourdain to be able for the visitors to move from one village to another. 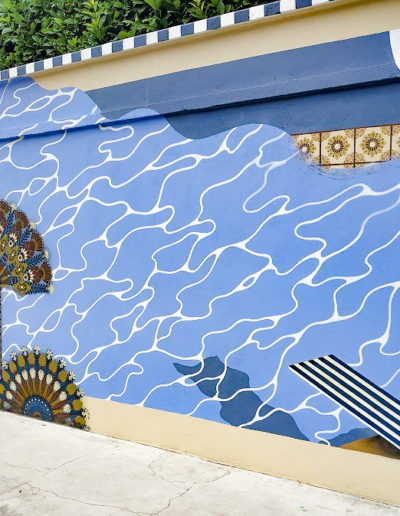 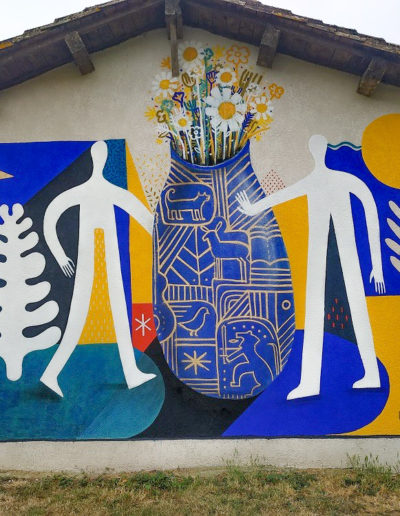 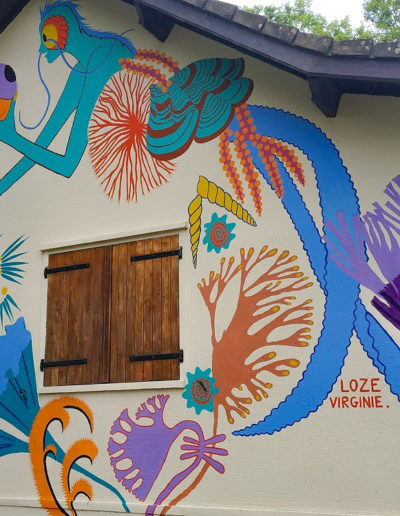