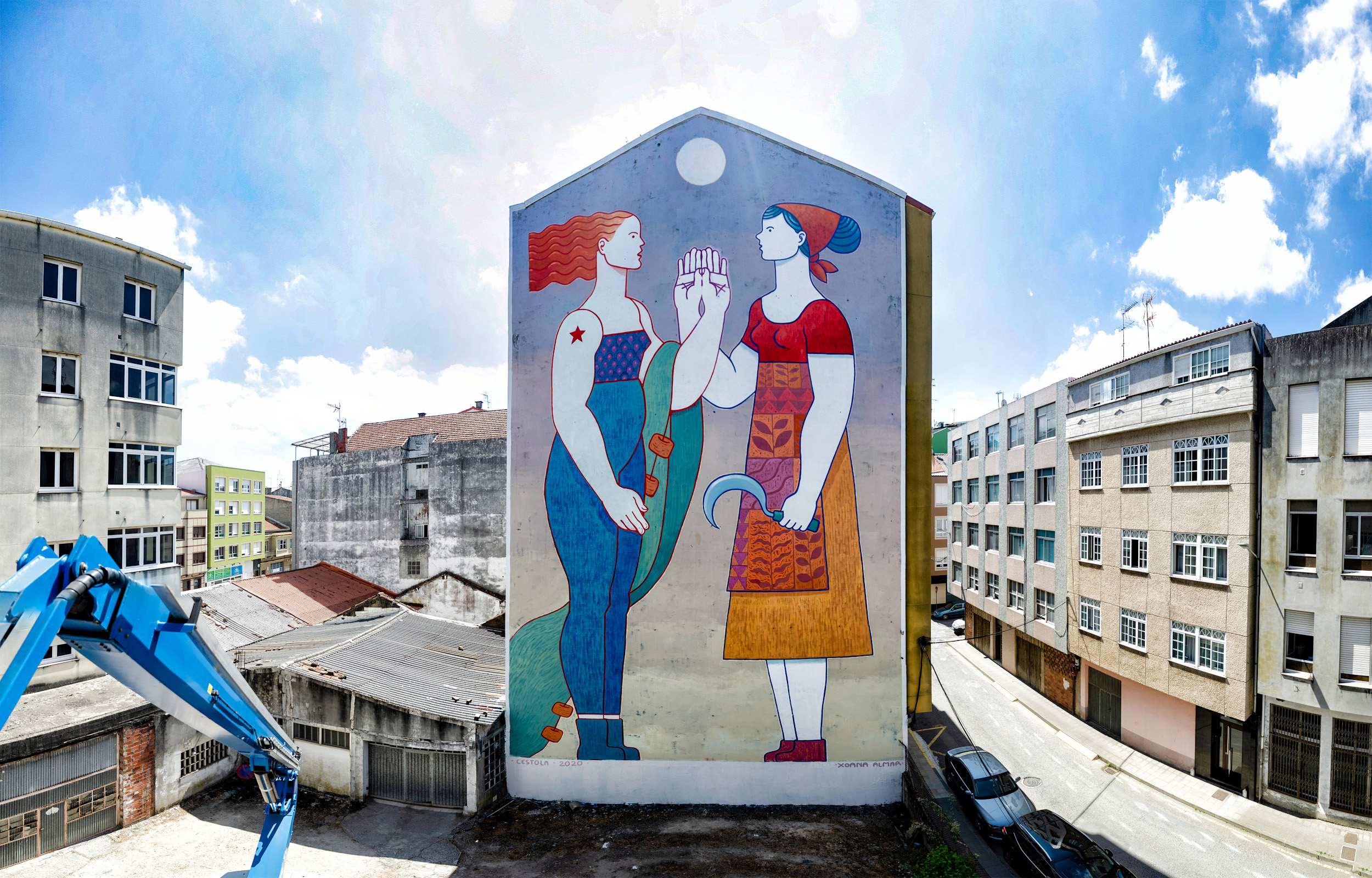 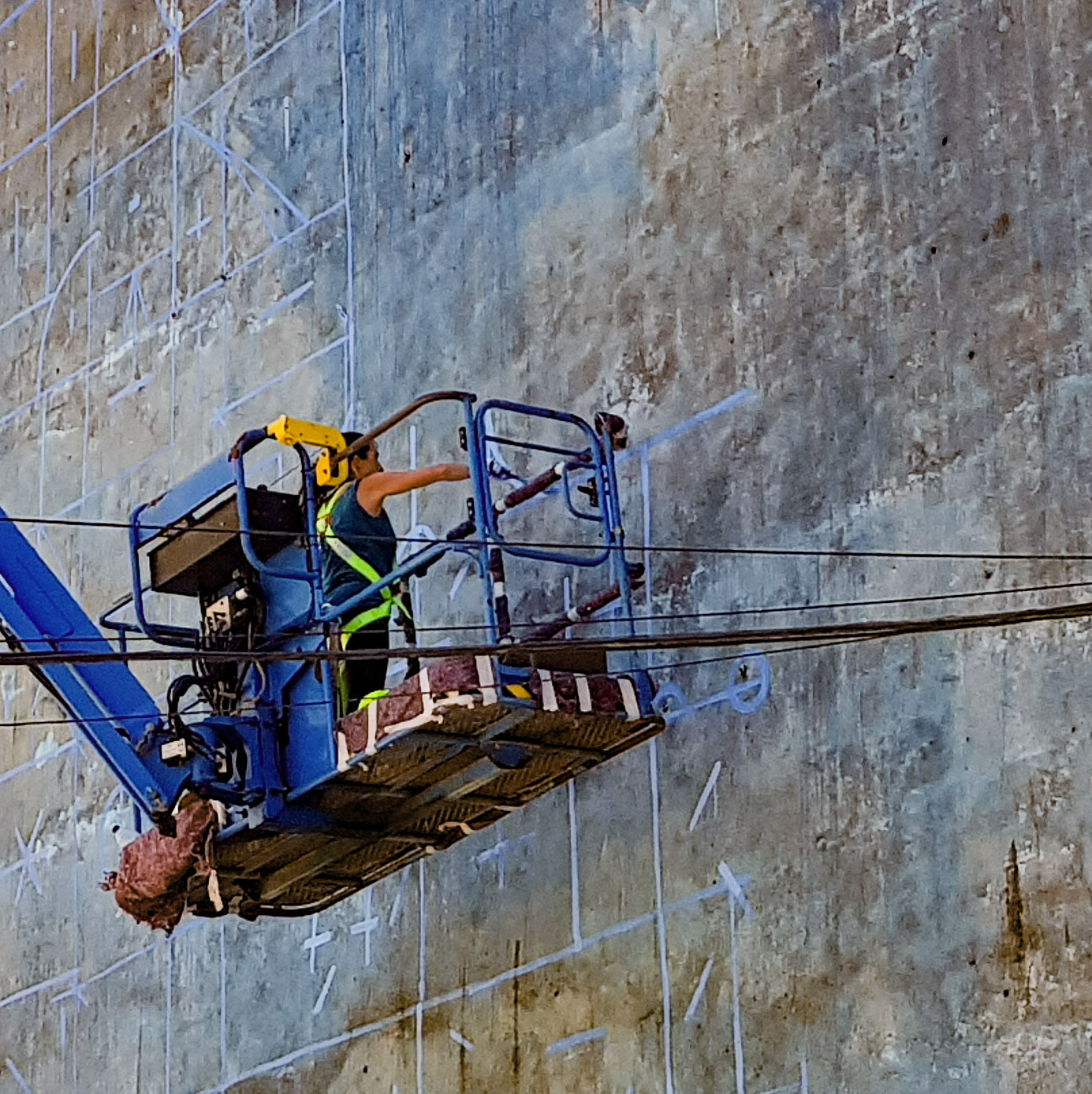 The Galician artist Xoana Almar has trained as an illustrator, as an economist and as an anthropologist. She studied in Granada and she began to work there in the field of painting in 2008. In 2013 she returned to Galicia and together with Miguel Peralta and Raquel Doallo, she established the cooperative Cestola na Cachola, where she works as a muralist, painter and illustrator.

In her work you can find influences from classical Galician artists and other modern ones, especially related to the world of illustration and muralism. Through his characters, mostly female, a search for simple ways stands out. With them, she tries to express a personality or life story.