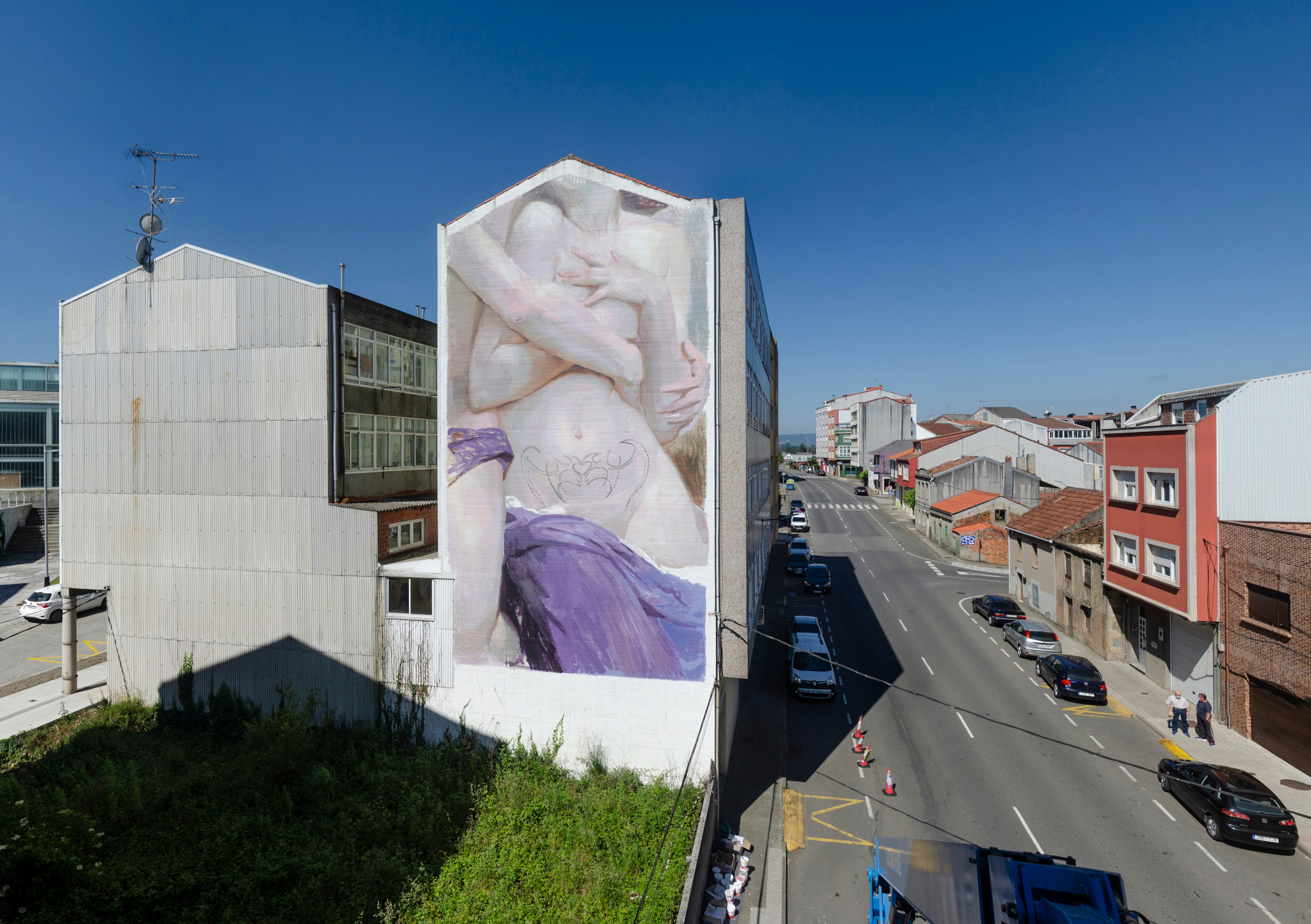 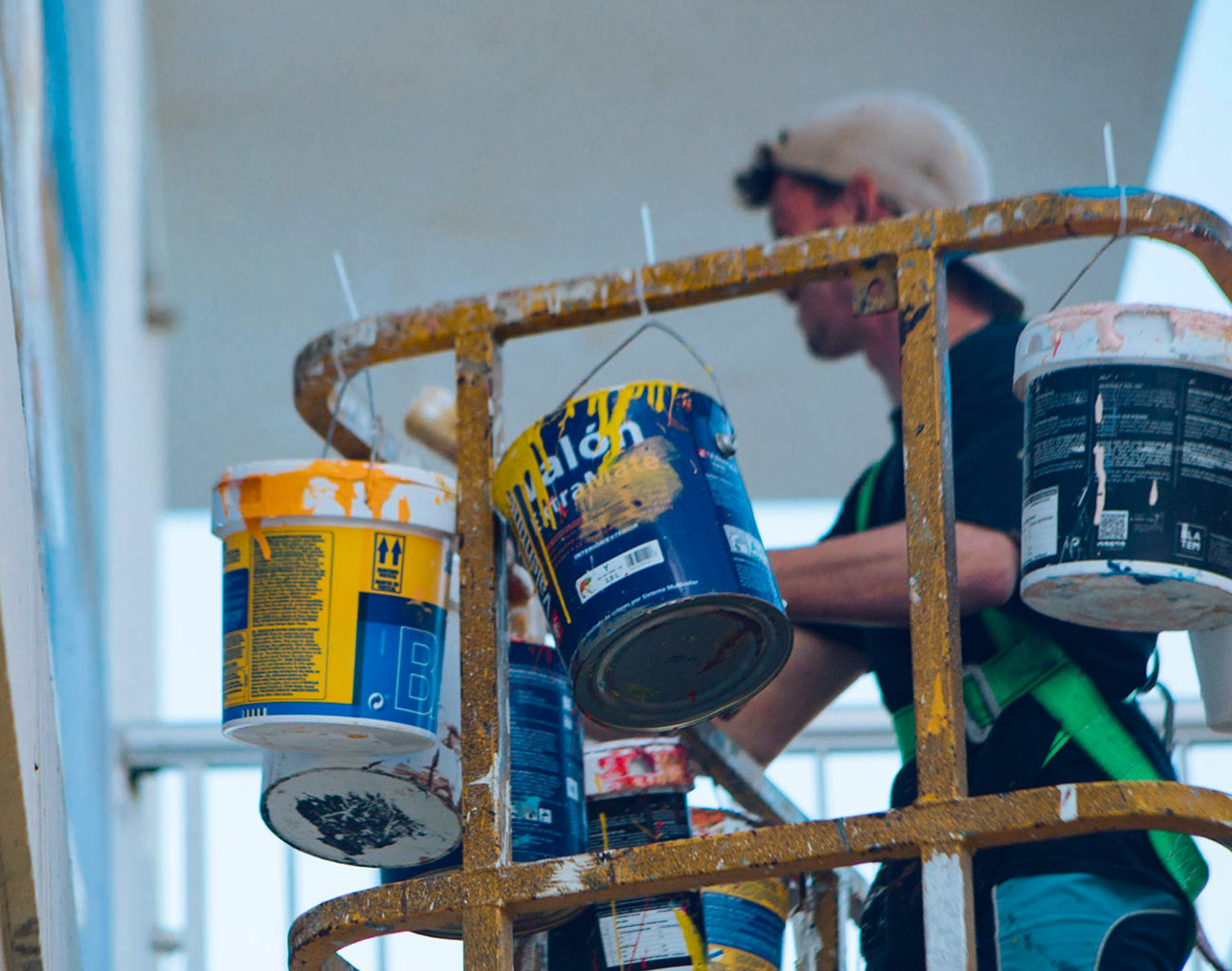 Iván Floro (1993) -aka Van Vuu– is an artist and muralist. He was born in Mataró and he was interested in drawing from an early age. But it is during the years of bachillerato when Floro begins to paint daily in factories and abandoned places. He decides not to follow a classical artistic training and in 2014 he begins to experiment with oil painting. Floro learns how to handle this technique by looking at the grandmasters paintings through the screen of his computer. Shortly after, he regularly attends lessons -specillay focused on drawing from life- along with other fellow painters of the Barcelonan contemporary scene. With a pictorial style close to impressionism, the topics the depicts on his works are fresh and versatile. He is also depely influenced by his  belonging to the generation of the 90s. His pieces are usually a mixture between seriousness and irony, and they recall childhood memories or present day images full of references to the current counterculture.

One of his last projects is the creation of the cover of the well known Spanish musician C. Tangana‘s last work -titled El Madrileño–, as well as  illustrations for several songs in this work. Shortly after this work, he collaborated again with Tangana in a fashion campaign  for the Spanish brand Bershka. He painted a mural especially created to hang in the façade of the shop in Preciados-Madrid. He is also interested in other type of projects. We can point out his participation in the collective exhibitions Creença (2018, Berga, Barcelona), Tapia (2019, Barcelona) and Homeless (2019, Miami, United States) curated by Axel Void, as well as the exhibition Eros in the painting of today  (2020) in the European Museum of Modern Art (MEAM), in Barcelona. His walls can be found all over Spain as well as in United States, Italy or Egypt.