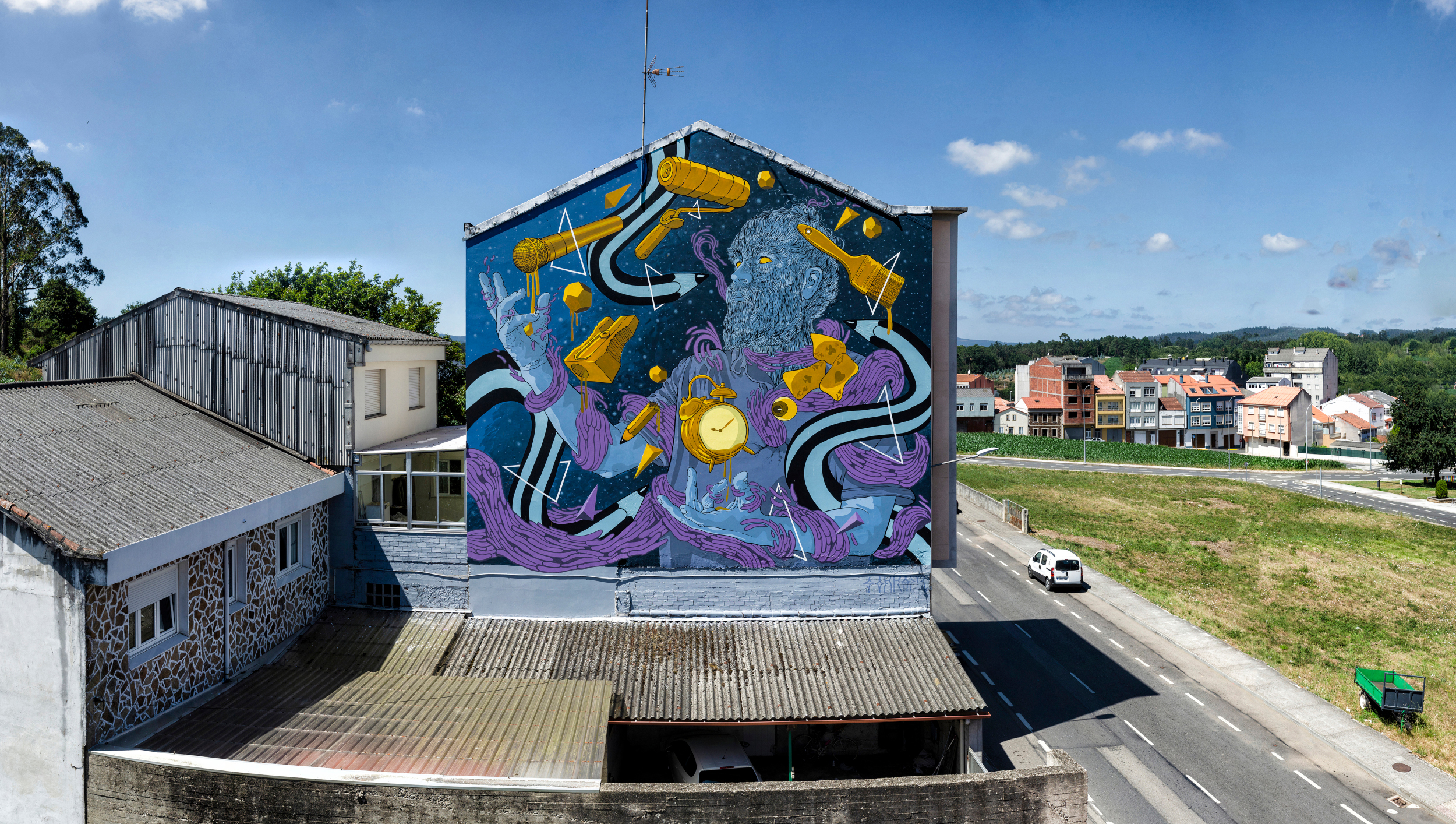 Sokram is an artist from Ordes (A Coruña) who defines himself as “Song Designer & Images singer”, since he combines, mixes and fuses both artistic aspects. As a musician, he is a member of the groups Sokram and Dios ke te Crew, and he was previously a member of 5Talegos, an irreverent personality in the hip hop world.

Regarding his visual side, he is part of Mutante Creativo, where he develops his graphic design work, mural painting, illustration, audiovisual, musical creation,… Together with Mou, Sokram is one of the main Galician urban art figures; he has been the organizer and coordinator of the urban art festivals DesOrdes Creativas in Ordes and Rexenera Fest in Carballo, among other relevant events.