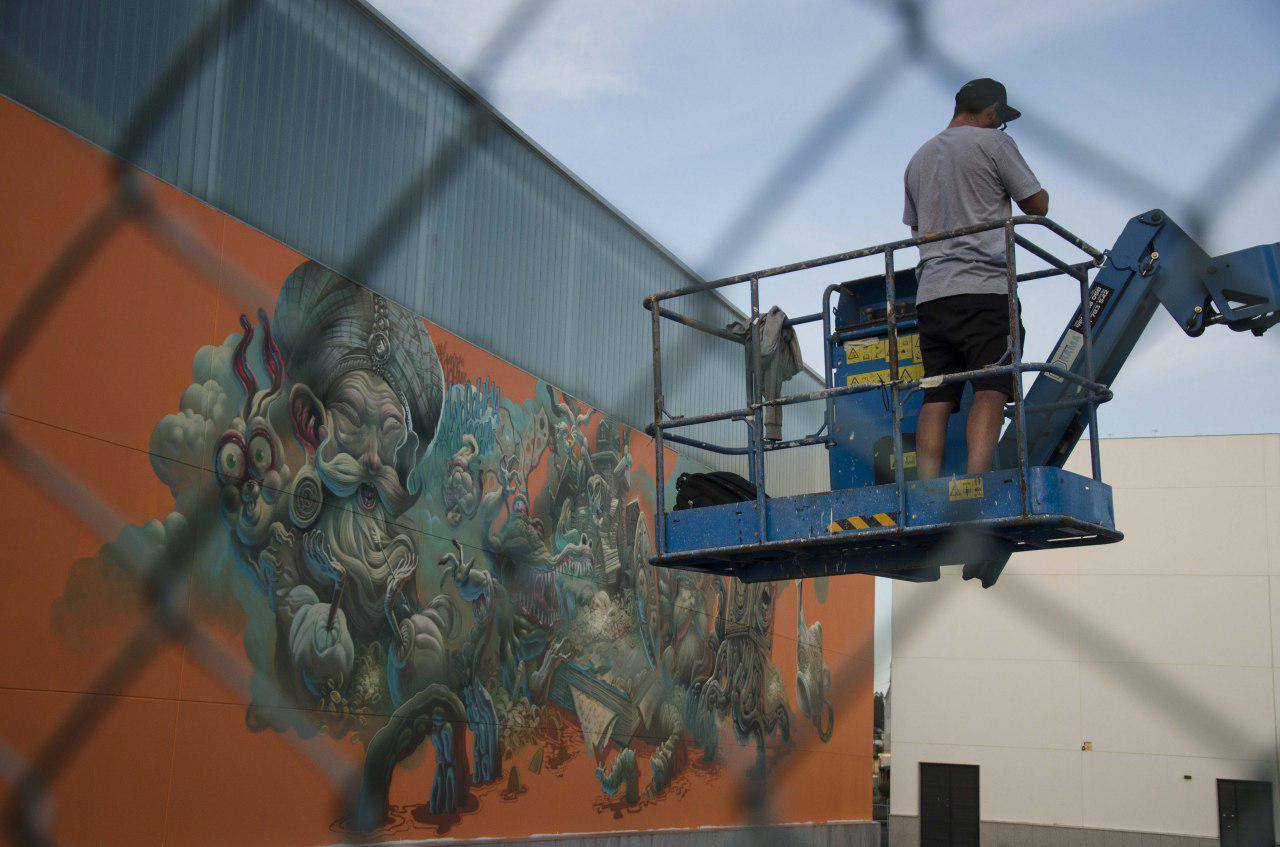 Saturno was born in the small coastal town of Malgrat de Mar (Barcelona). His childhood was surrounded by VHS tapes, gaming centres and cinemas.In fact, he would stare at the posters announcing the weekly premiere films in his neighbourhood cinema, and it is in his childhood when he discovers this fascination for the genres of fantasy, terror and science fiction. His contact with graffiti is totally self-taught and he began to paint in 1994 at a very early age. His unique and recognizable style stands out for its technique and colour mastery, which is influenced by graffiti as well as traditional and digital illustration.Saturno is a leading figure in the European street art scene.