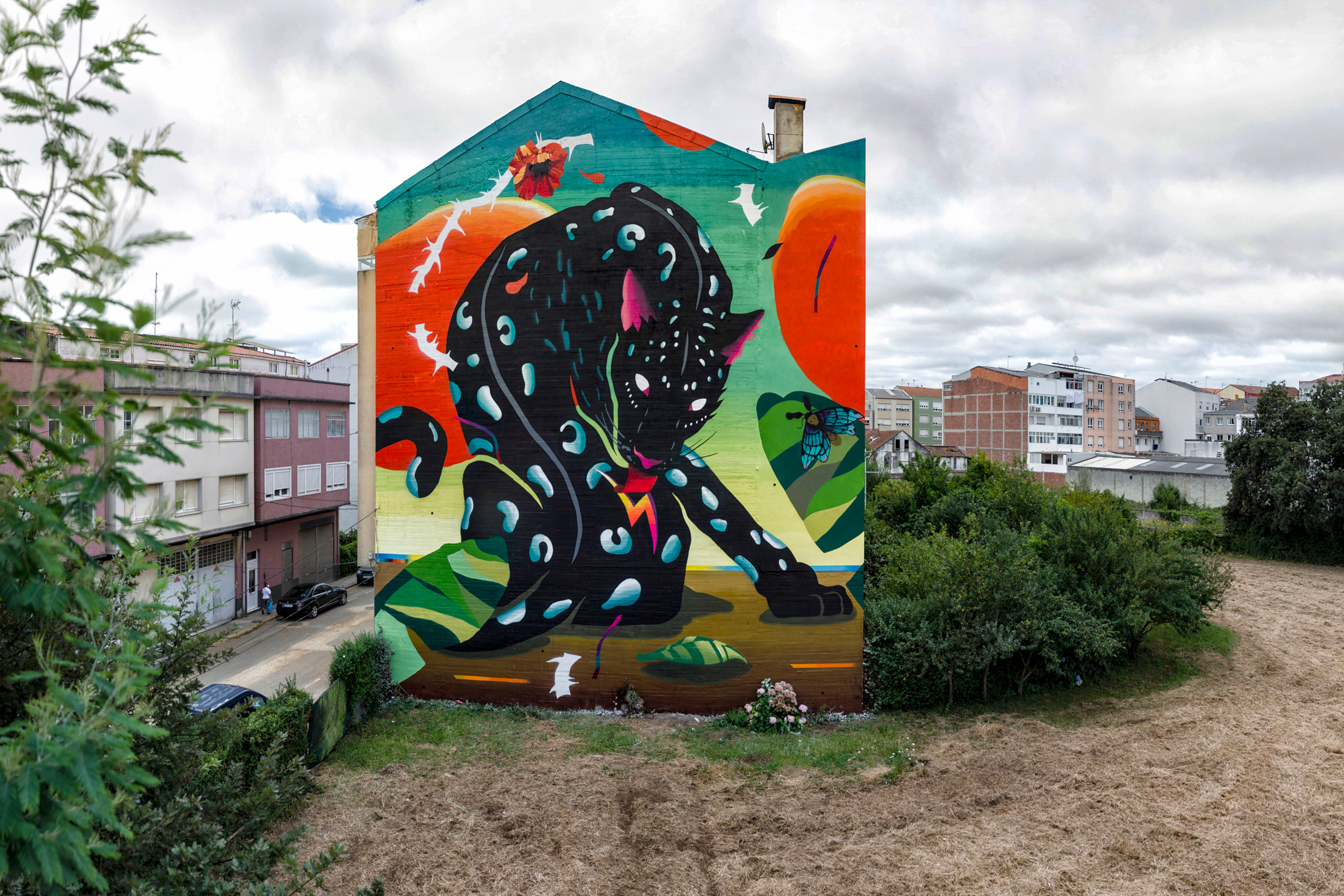 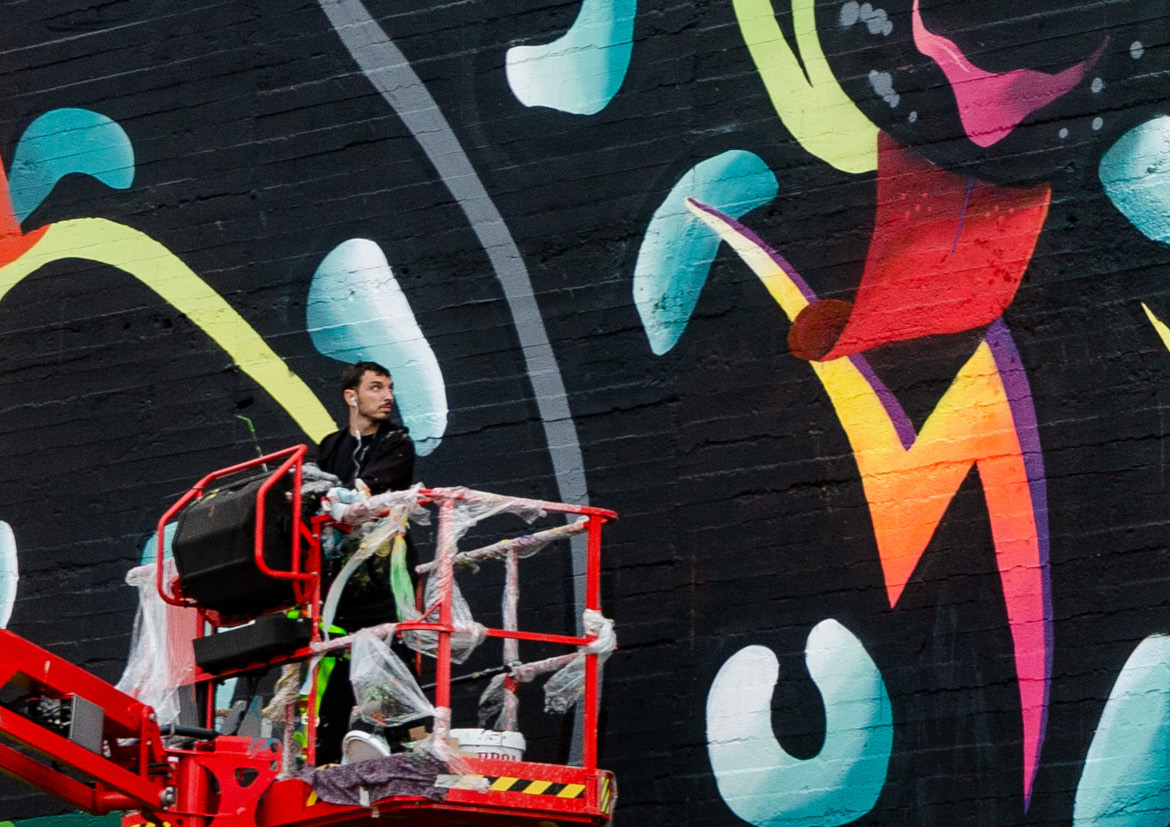 Sabek (1985) is a Spanish artist who began its journey in the world of urban art intervening in the streets and abandoned places around Madrid, where he developed his particular style in the early years of the 2000s. Over time he evolved towards the production of more figurative works and he begins to experiment with different techniques in addition to his work on the street. His style is recognized by the representation of strong shapes and colors that allude to a natural origin, especially in those noble and powerful animals that instill a strong sense of respect. A mixture of subtlety and power in perfect balance with the shadows and masses of flat colors that, used in an almost symbolic aspect, coexist perfectly with the most refined details.

His work raises a reflection on the human being and its relationship with nature, the animal representation shows the allegory between the natural balance and the energies implicit in it through minimalist vegetable and human forms. His work can be found in galleries in Spain, France or the USA, as well as on monumental walls around the world (USA, France, Spain, Malaysia, Russia or New Zealand).

In Carballo, during the Rexenera Fest 2020, he created the mural “Resilience”.