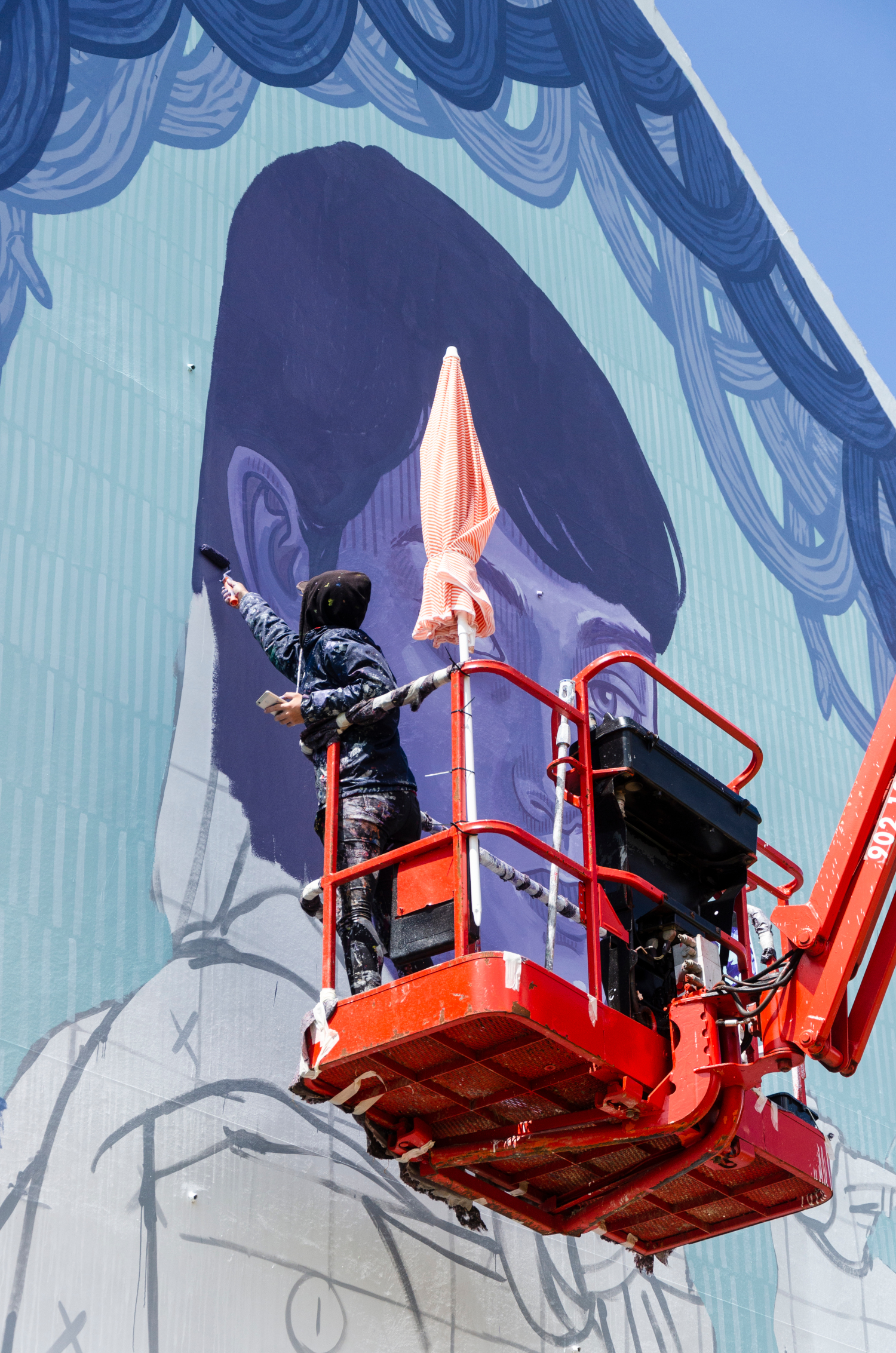 Lidia Cao was born in Santiago de Compostela in 1997. As an Illustrator she is a college graduate from EASD Pablo Picasso in A Coruña. Since childhood she was intereseted in drawing books and she has always wanted to fill anythig that fell into her hands with drawings. She became interested in depicting figures and faces, analyzing expressions and she wanted to communicate a lot with very little resources. Lidia Cao never attended private lessons and she considers herself mostly self-taught. It was in 2016 when muralism stumbled in her path thanks to several workshops that inspired her to explore new worlds.