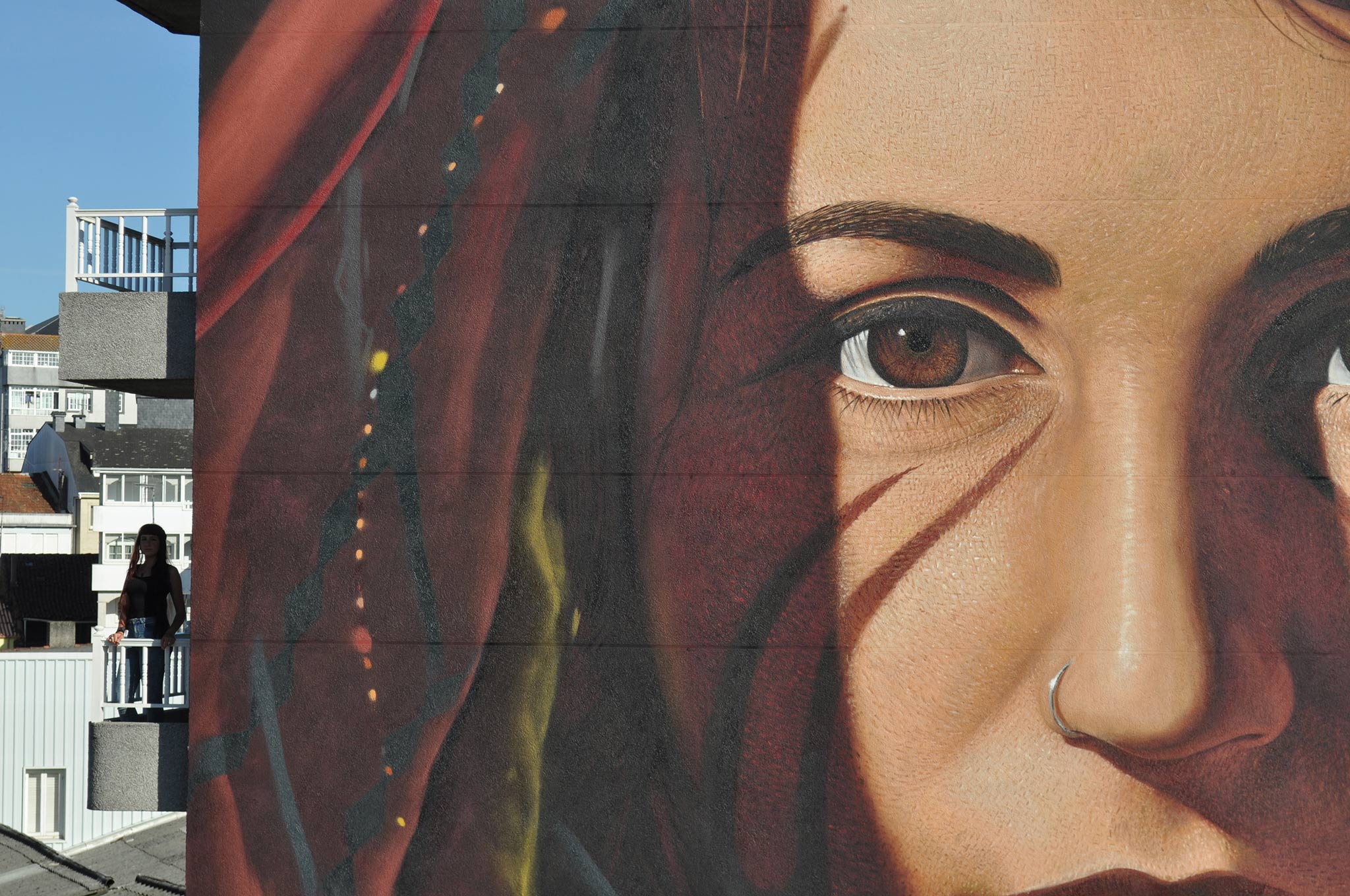 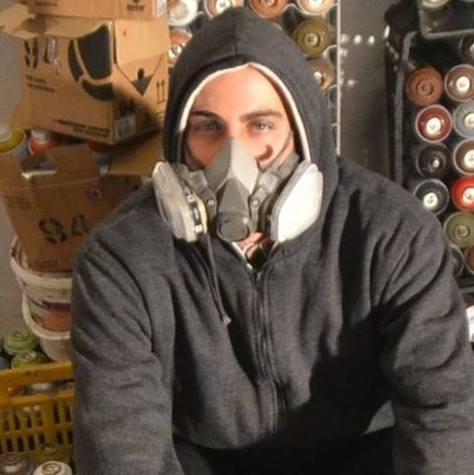 Jorit has been talked about in the most important media all around the world, such as The Guardian, the BBC, the Middle East Eye, teleSUR, Euronews… and his artistic activity has become a subject of study and university treaties. He began painting on the streets with spray at an early age, using the nickname «AGOCH». But his recognition at a more global level began in 2005 through a series of graffiti executed in Naples, his hometown. In these early years, Jorit’s pictorial activity was hand in hand with a constant political militancy that led him to come into contact with non-global movements and to claim social rights.

Since 2013, Jorit’s attention has been exclusively focused on the realistic representation of the human face, which begins to be marked with two red stripes on the cheeks, which refer to the African rituals of magic/healing, the rite of passage initiation from childhood to adulthood linked to the symbolic moment of the individual’s entry into the tribe. He represents local people on the walls of the cities that he visits, and he presents them to the world. Jorit marks them, through the pictorical ritual that makes them join the “Human Tribe.”

Artistically, Jorit’s goal is to get as close as possible to reality, and this is only possible through a thorough and thorough study. Later, through many pictorial techniques, he makes a scrupulous reproduction and with great detail. His style is very clean and realistic. Actually, Jorit is known to represent the human face with surprising realism and to endow it with a majesty similar to that of a totem, as a deity that needs to be revered, creating images full of solemnity and great visual impact.