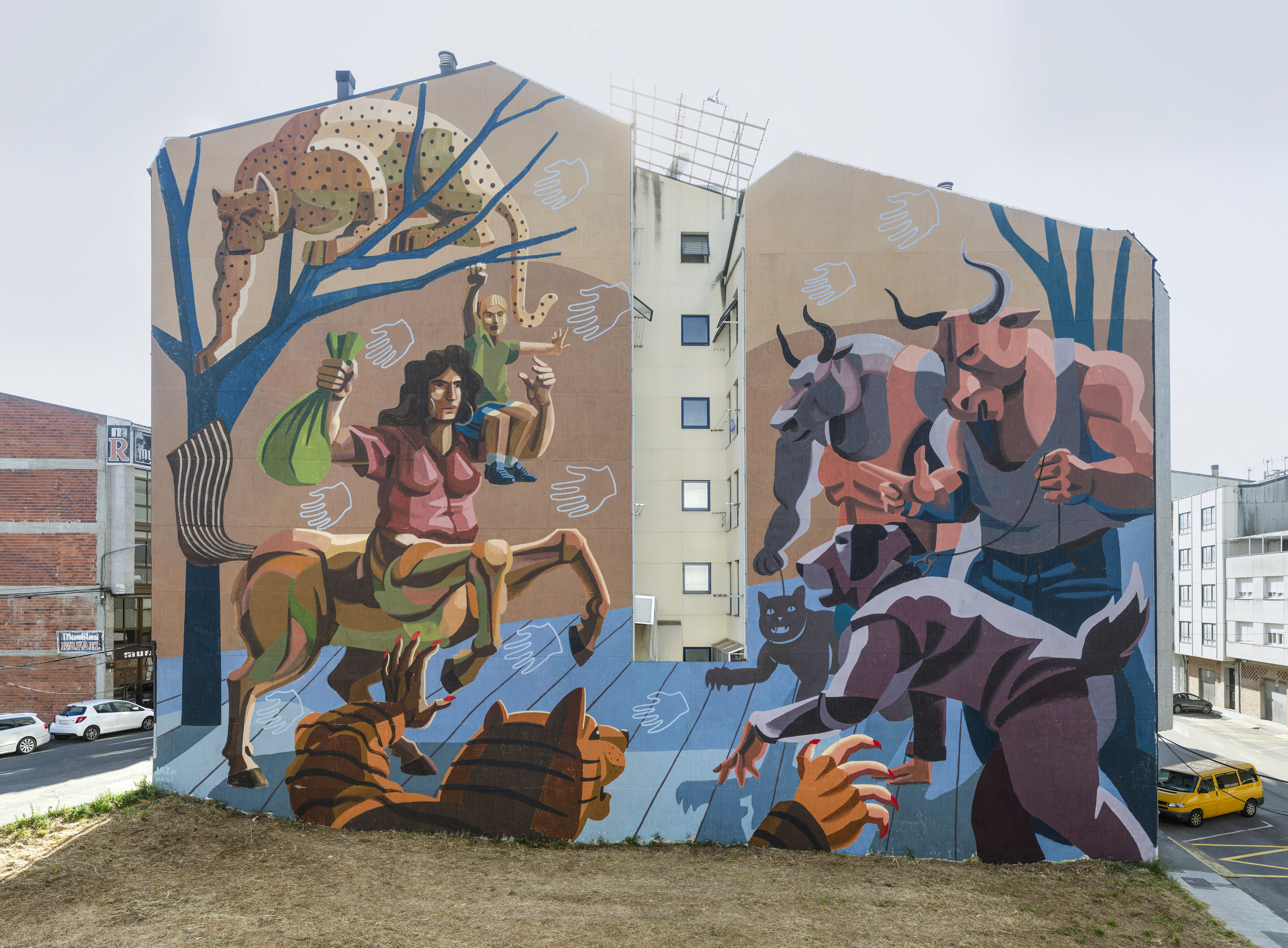 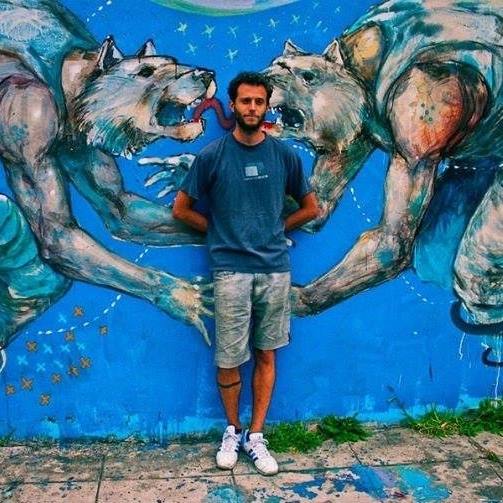 Franco Fasoli, aka JAZ, was born in Buenos Aires and is one of the most renowned artists in the Argentinian street art scene. Set designer and muralist, Fasoli’s art began at the streets that he used as canvas during the 90s. He is influenced by his lifetime study of ceramics and the iconic «fileteado» technique, typical of the Argentine capital. At the end of the last decade, Fasoli introduced in his works the vivid contradictions of the Latin American societies, their rituals and their apparent perpetual unsteadiness. One of the most striking facets of  his work is the exploration of materials and scale. His art feeds on the fluctuation of contexts and resources: from big format paintings in public spaces to smaller pieces in bronze and paper.

The tensions between the dominant global culture and the subcultures as spaces of resistance have also influenced him: in a conceptual level as well as in his actions along his career. Multiple forms of individual and collective identity are part of the sociological vertebral column of  his work. Fasoli is used to resorting to a wide  bestiario that he uses as a metaphorical pretext to pose political and social questions. Nowadays he lives between Barcelona and Buenos Aires and his works can be see all over America (from Buenos Aires to New York) and also all around Europe (Germany, Denmark, Italy, Spain…).