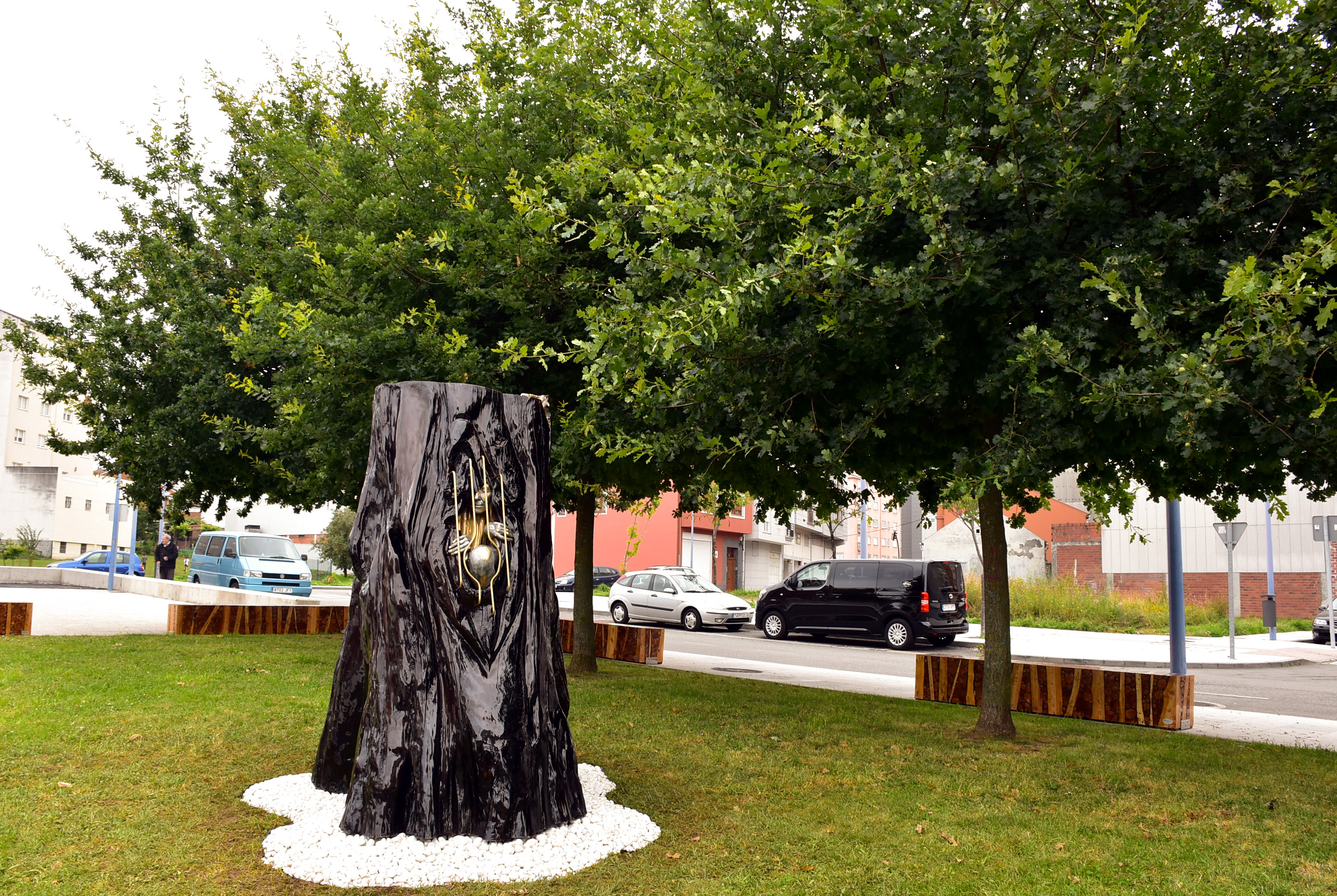 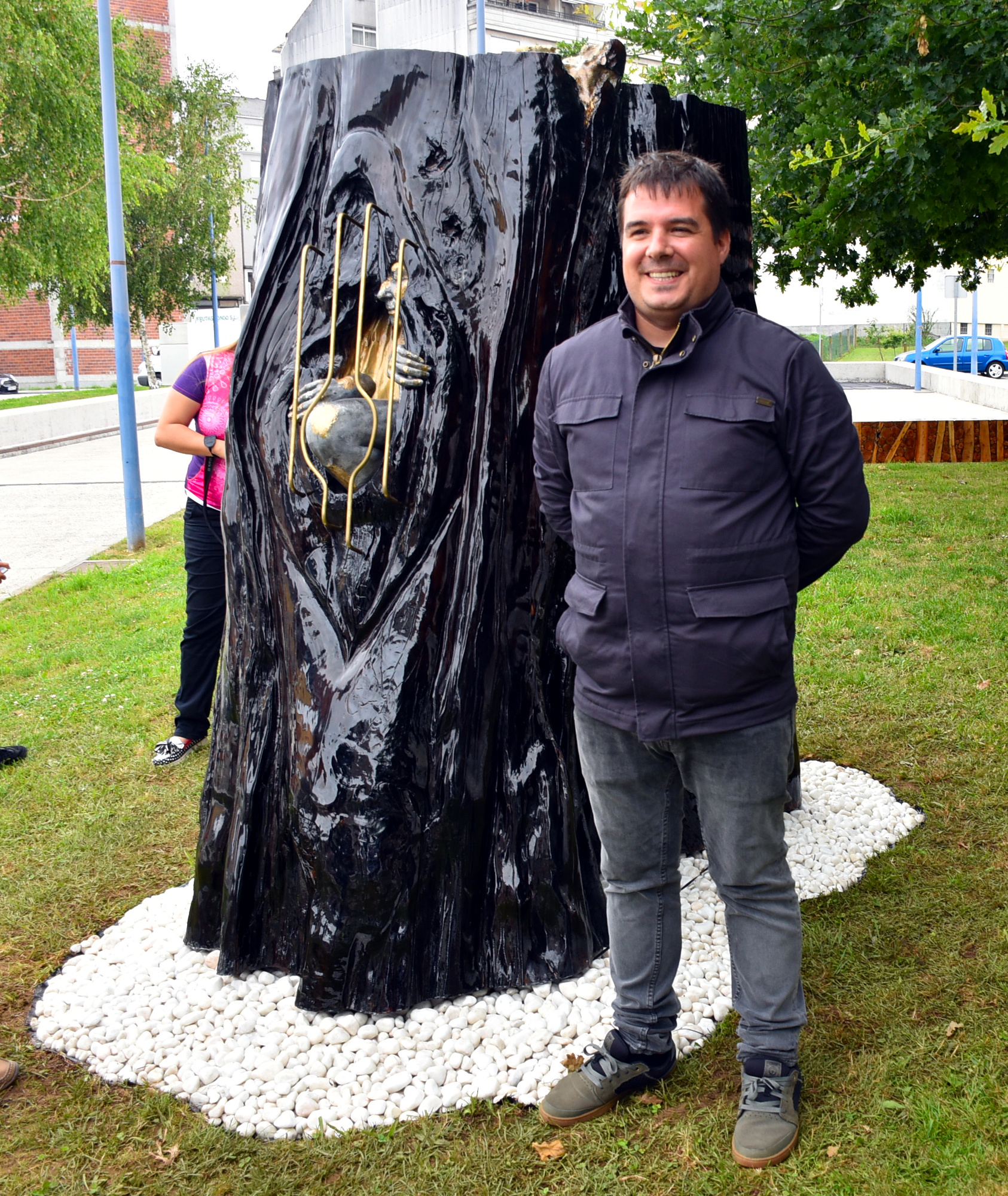 Fabián Lage is a crafsman from Carballo, who specializes in restoration of antique furniture and the creation of wooden reproductions, mostly in antique carpentry. He was trained at the Carballo Workshop School, and although he has been making small sculptural pieces for a while, he assures that his first “real” sculptural work is Alén (Far Beyond) created for Derrubando muros con pintura in 2019.

His first forays in the artistic world began in 2004 at the head of Mensa group. Along with then he created two ephemeral works for the Carballo Town Hall Bonfires of San Juan. Although they won the contest, their artistic creations only had a few hours to live as they were burnt to the ground. Since then he has not stopped experimenting with small sculptures, and it was in July 2019 when he presented Alén resulting from the artistic need to express a feeling of inner frustration.

Alén (Far Beyond) was born to give voice to all those people who, despite encountering barriers, struggle to get ahead even though the road is difficult. A necessary vital attitude to flee from the cages in which each one is imprisoned. As part of the Alén project, various pieces of urban furniture were also created as an exercise in recycling the wood of an old cypress located in the Plaza del Ayuntamiento and which was destroyed once struck by lightning.

Also in the summer of 2019, he made a sculpture resembling a “Píllara” (a bird known as the black-backed plover in Spanish and typical of Carballo coast), which is currently installed on Razo beach and which serves to raise awareness of the need to protect our flora and fauna through recycling and respect for our sea and our coast.