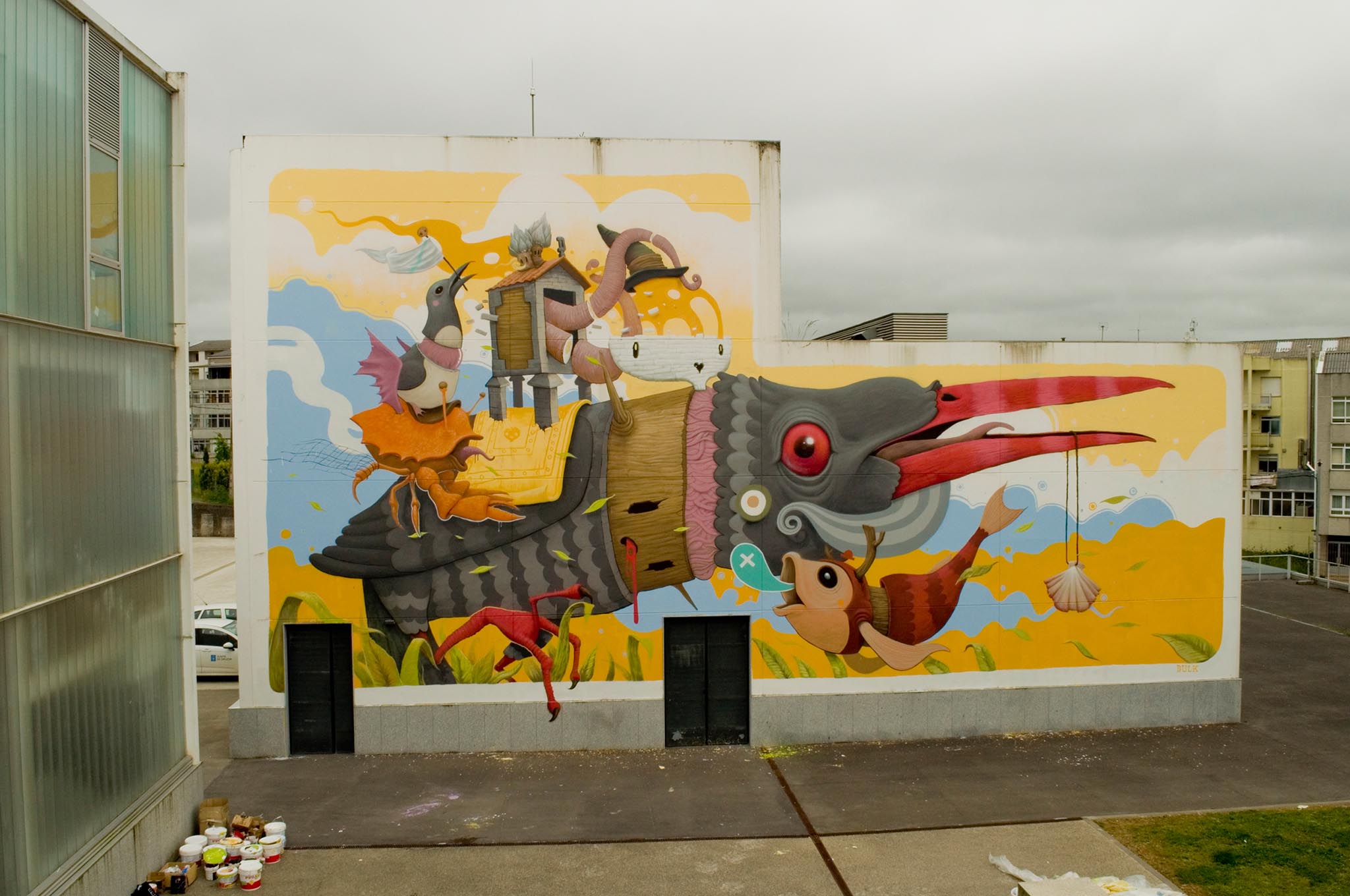 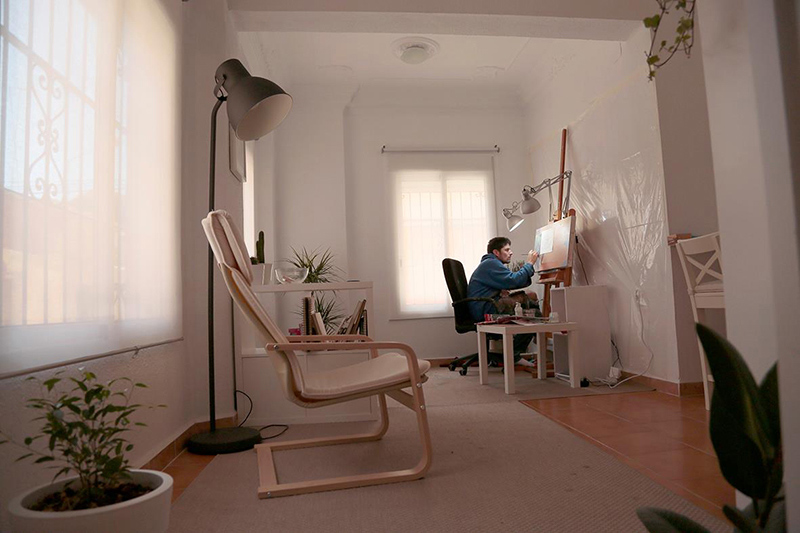 An all-round illustrator, muralist and a drawing addict from a very young age, he is back in Carballo after showing his work in England, Germany, Holland, Italy, the United States and Belgium, where he won an important international award in 2015.

His current work is characterized by an obsessive tendency towards the representation of nature. His characters feature in parallel stories between the strong and the weak, the superior and the inferior, where the winner is always what the human considerers the most insignificant. His peculiar “pleasant” style and tender and welcoming aesthetics hide an accurate critical and sarcastic look at the cruel situation nature is subjected to.

He took part in the Rexenera Fest in 2015, creating the mural Galician Wildlife at Forum Carballo building.