Ana Langeheldt at Rexenera Fest 2021: the influence of drawing and dreamlike worlds

Ana Langeheldt at Rexenera Fest 2021: the influence of drawing and dreamlike worlds

This Sevillian artist has a long career and brings to the festival a style characterized by spontaneity, color and baroque style

Let’s talk about an another guest artist to Rexenera Fest 2021 (which will take place from June 3 to 13). It is the Sevillian Ana Langeheldt, aka Lahe178 in the street art scene since 2001. She is a vocational artist from a very early age. She graduated in Fine arts in the University of Seville in 2003, specializing in engraving and design. Since then, she has completed her training with courses and skilled seminars. Her works have the inspiration of her hometown, Seville, and its folklore, its lights and its shadows. Langeheldt works navigate between the classical painting and the mural; the urban art and the illustration.

She herself explains that all her works arise at the drawing table. From that point on she explores and creates her pieces, that usually come from spontaneity. The colours, a dreamlike world and the sevillian baroque are often present in her works and figures. She varies between the academic tradition and the tendencies of the contemporary art. In this sense, she says that Japanese anime is another of her influences, because she also gets inspiration in the millennial, adapting it to modernity.

She has done notable work with important companies and brands like the European Film festival of Seville, Turner Broadcasting System,  Freixenet, Endesa or Anaya, amongst many others. She has also exhibited her pieces, participating in different individual projects, as well as in numerous collective exhibitions inside and out of Spain (Montana Gallery Barcelona, SC Gallery Bilbao, Meeting of Styles France, Void Projects  Miami, Caixa Forum Seville, B-Murals Barcelona, etc). 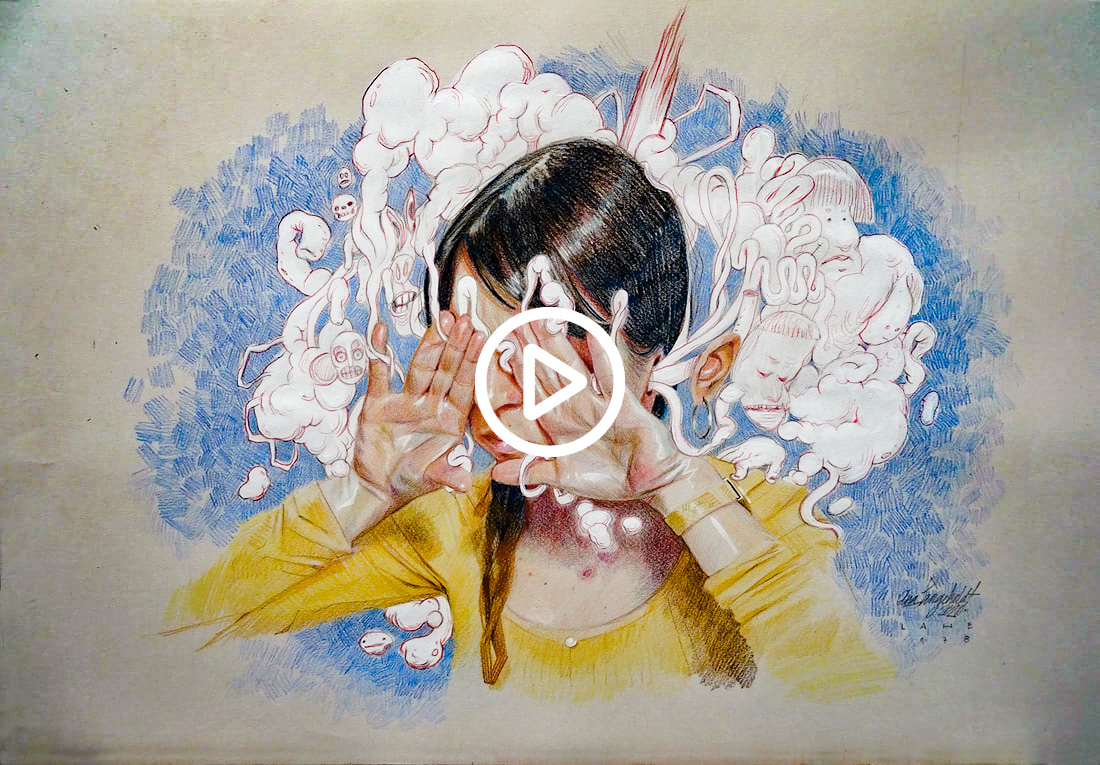 Along her career, she has received several awards in different artistic contests, worth mentioning the Diploma of Honour “LI Exhibition of Autumn, Royal Academy of Fine arts of Santa Isabel of Hungary” (Seville), received in 2003. She has also taken part in several international publications such as Graffiti Women (Publishing GG), Montana World ,  Mural Art Vol.3 (Publisher Carpe Diem, Greece), Urban Art Boom, Rolling Stones, The Very, Boooooom, Ah! Magazine and more. At present she is part of the Seville Illustrators Association Garabattagge Illustrates. A team of cartoonists from the Spanish province of Seville. 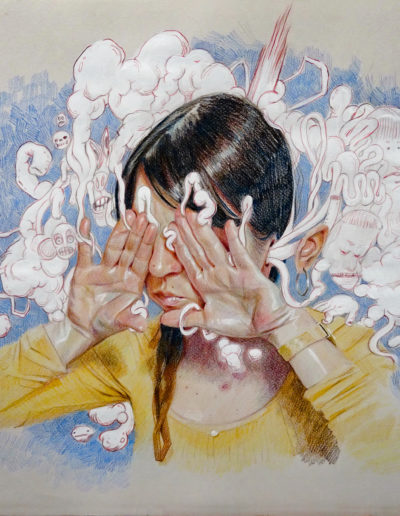 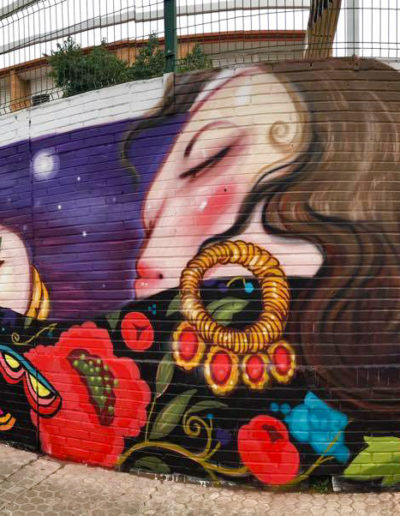 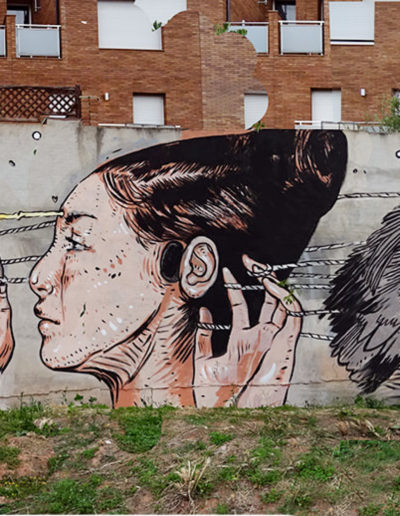 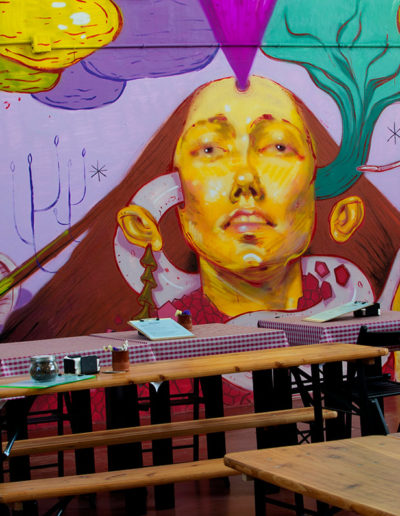 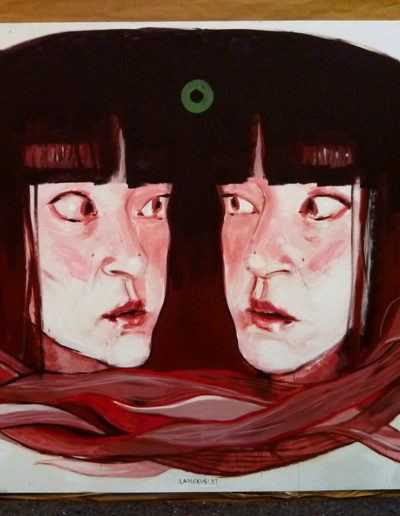 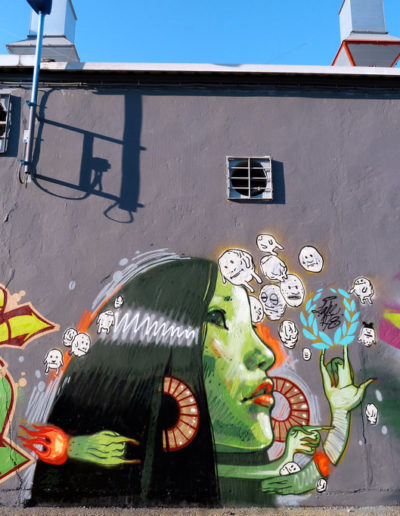 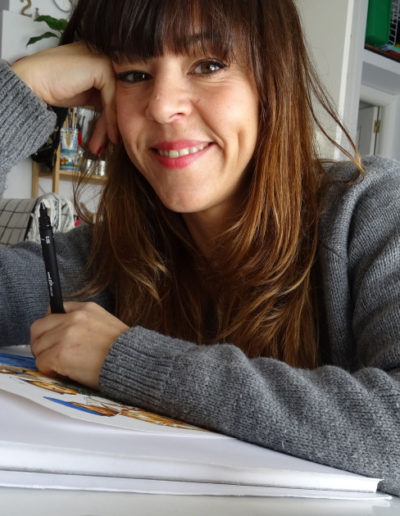